I'm going to write this purely to log a technique for motivating me to write something!

Its true...I haven't made a film since Uni and I've blamed this on a scattered lifestyle, multiple interests and the lack of pressure...BUT then I think back to when I was 15 where I constantly had a camera in my hand, I made it my priority, so now I question why this doesn't happen so much anymore?

The filmmaking discipline of Uni really made us analyse films and if they didn't work - We'd be honest, open and critical with ourselves and other people - Doing this, trained us into a 'quality' mindset which I think has really stayed with me. 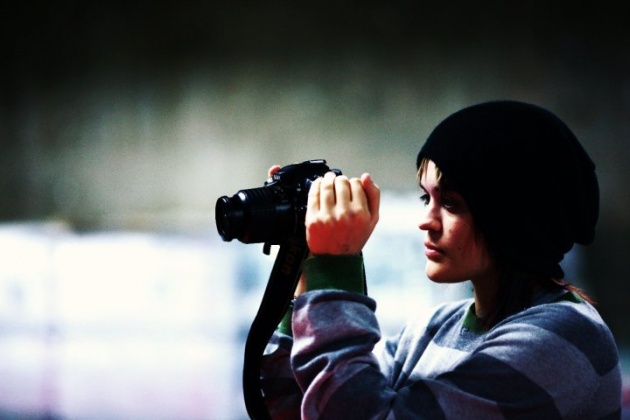 Looking back at NOTICE and KYLE, I'm proud of both films but I think my expectations have developed, my characters have grown up in my head, they need to face new challenges and I need more FIRE.

I have at least 7 unfinished scripts in a folder on my computer and for each of them I've got to a point where I've thought 'No. This isn't good enough' and I'd give up due to frustration. That's not to say they don't linger around in my brain somewhere but I like to pride myself as a doer, not a thinker - which only adds to my frustration!

But recently I've been watching more films, documentaries, TV series and just the other night I tried a technique I haven't done before and it was quite refreshing.

I'm a character girl, I know that and I think I'm known for it. Once I think of a character I build a story around them but perhaps I don't understand them as much as I could?

So, this new technique.

I got myself a piece of paper and scattered down character names from the programmes/films I've been watching lately. I tried to do this without thinking, using my subconscious to pick out characters that I naturally remember and admired.

I then created a spider-gram around each name highlighting what I liked/didn't like , overlapping key characteristics that seem to reoccur.

This started to clearly identify what attracted me to a character.

An example of some reoccurring points:

THE POTENTIAL TO 'CRACK'

I think what's interesting is that this deeper analysis of character traits can be identified in my previous characters. Lizzie (NOTICE) is challenging, she has an observational stare, she seems pretty fearless and has an air of intelligence. Stacey (KYLE) has wit/sarcasm, has the potential to 'crack' and a hidden vulnerability. Kyle (KYLE) is an underdog, he's intelligent with individuality, Hayley (NOTICE) is also quite similar.

These are obvious traits that seem appealing to me to work with and it's comforting to know that the spidergram can go as far and as deep as I'd like it to eventually seeking scenarios and situations. It's an unusual method for me to work with as I'm very much about 'going with the flow' but this doesn't seem to working for me right now.

Fingers crossed I can develop a story that I think is good enough for me to work with..I've missed filmmaking!

Drawing of a Young Anime Character

Anime- A style of Animation that originated and is still heavily centered in Japan. The word 'Anime'…

How the Character Develops?

Character Development What is meat by character? A group of features specific to a person or group t…