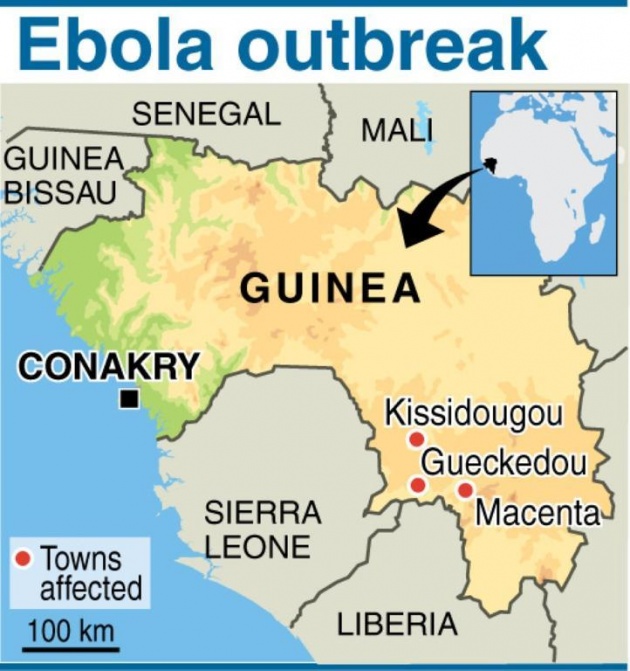 There is an outbreak of Ebola that has Guinea and surrounding countries on High Alert. This is the first reported outbreak to impact Guinea, with the most recent cases of Ebola being thousands of miles away, in areas of Uganda and the Democratic Republic of Congo. More than 100 lives have been taken already in Guinea, and 10 deaths have been reported in Liberia. The borders of Guinea are not very secure, meaning that the virus could be easily spread. 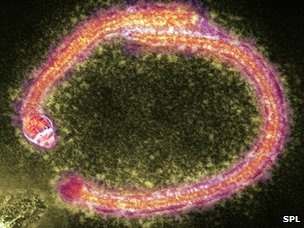 Ebola is a deadly virus that kills 25% to 90% of those who are infected. The Ebola virus is spread by close contact, and is very contagious. People travel frequently between countries in Western Africa, so this outbreak should be taken very seriously by all Western African countries. There is no known vaccine or cure for this Ebola, making it even harder to fight and prevent. The symptoms of the virus are tortuous.

The virus takes between 2 and 21 days to fully infect an individual. The initial symptoms are joint and muscle pains, headaches, fevers and a terribly sore throat. As the Ebola virus progresses, the symptoms unfortunately worsen. Vomiting and chest pains set in, then raised rashes appear on various parts the body, Severe weight loss then occurs, and the victim begins to bleed from every opening on the human body - ears, mouth, nose, eyes and rectum. If you would like to read more about Ebola, please click here.

Guinea has stated that they expect to be dealing with this outbreak for the next 3 to 4 months. Surrounding countries are already taking action to help prevent this outbreak from worsening. Saudi Arabia has suspended visas from Muslim pilgrims in Liberia and Guinea, as a means of protecting their country from also suffering an outbreak. Mali has stated that it is strengthening its border patrol and remaining on High Alert until further notice.

Unfortunately, this isn't a virus that is easily isolated and is also unable to be cured. The proper education must be presented to individuals throughout these countries, to help them better understand Ebola and how they can help avoid an infection. If the outbreak continues, there will have to be support given to Guinea and surrounding African countries. It could potentially take thousands of innocent people's lives - people who can change the world and deserve to live happy and healthy lives! 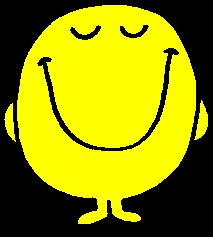 To learn more about how you can support Africa and other developing countries, visit www.bitconfused.org