Hello Everyone, I am SSAHMED, and my todays blog is on a famous tv show called "Flash". In this series Grant Gustin, is playing the lead character which is Barry Allen and The Flash. Flash is based on a story of Barry Allen who later on becomes the Flash, and the Fastest Man Alive. After, The Arrow, The Flash is another show, based on a life of DC character, Barry Allen.

Barry Allen is a DC Charachter, who is forensic scientist by occupation, his mother was killed infront of him by a speedster, and his father was prisoned for her murder.

Barry spent his whole life searching for the impossible, the man who killed his mother, and to release his innocent father. But, when a lightning caused by Particle Accelator blast hits Barry, he recieves super speed, and becomes impossible, who he spent all his life looking for.

After, getting hit by a lightning, barry awakes from comma after nine months, with super speed. He gets up in star labs, where he meet Harrison Wells,Cisco Ramon, and Caitlin Snow. When, Barry realizes that he is not the only one, who recieved powers, Harrison Wells, helps Barry to control his powers, so that he can stop the evil with powers, and bring peace. All, who was struck by lightning, recieves super powers from it, and all who survives and recieves super powers from the lightning are called Meta-Humans. He also tries to find the man who killed his mother, and get his dad out of the prison.

What I think about The Flash:

Flash, Flash is one great show to watch, the show has everything, that one expect in a good tv series. Grant Gustin, has done an amazing job as Flash, and Harrison Wells as main Villain has also done an impressive job, and made this show a must watch show.The show has amazing visual effects as well, Flash is the only show who has better Visual Effects than most of the Movies. I didn't miss any of the episodes, and I think you shouldn't miss one too, this show has everything, in this series you will see, drama, action, great dialogues, a bit of comedy and an amazing story. 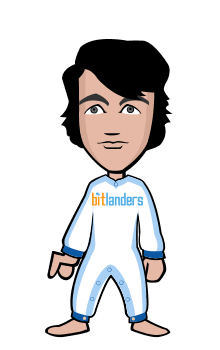