We may see the gesture of giving flowers at a funeral or burying flowers with the recently deceased as a common practice in our culture; a custom that is practiced virtually worldwide.

So I was wondering, where did this tradition begin? Given the most recent discovery exposing archaeological evidence that showed a flower-lined grave dated at about 12,000 years found in an area east of the Mediterranean. I’d say somewhere around this period in time. 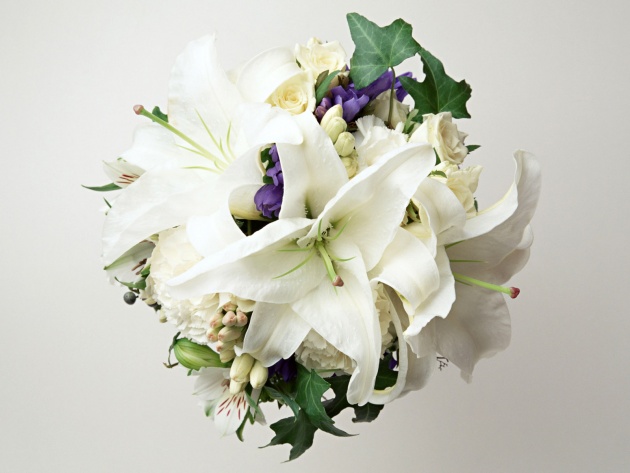 This recent discovery symbolized quite a feat for the recent news, courtesy of NPR regarding the international team of archaeologists led by none other than Dani Nadel a professor at the University of Haifa.

This discovery is thus far the oldest evidence of human beings using this custom when burying the dead.  But why do we do it now?

Well, depending on where you are from we may use flowers as a method of controlling the offensive odor of body decomposition, a manner of showing sympathy to family members, a method of beauty to pay respects or for various spiritual reasons. 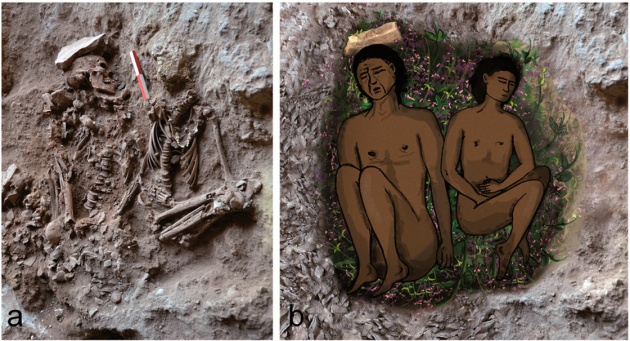 For instance, one of the most famous instances of using lowers to eliminate the foul odor of body decomposition was during the burial of President Andrew Johnson.

Since President Johnson’s body was not embalmed, his body began decomposing producing an offensive odor. Fortunately an undertaker quickly closed the casket and masked the odor with dozens upon dozens of very fragrant and appealing flowers. 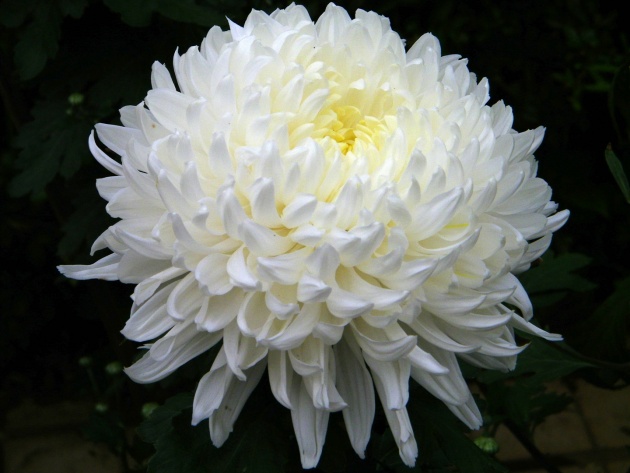 However, most of us in the modern day use bouquets of flowers to pay our respects through one of the greatest universal symbols of beauty in the world, a simple fragrant bouquet of flowers.

When considering exactly which flower to bring as a way of paying respects, most think of the lily, as it symbolizes innocence that has been restored to the soul of the recently deceased. 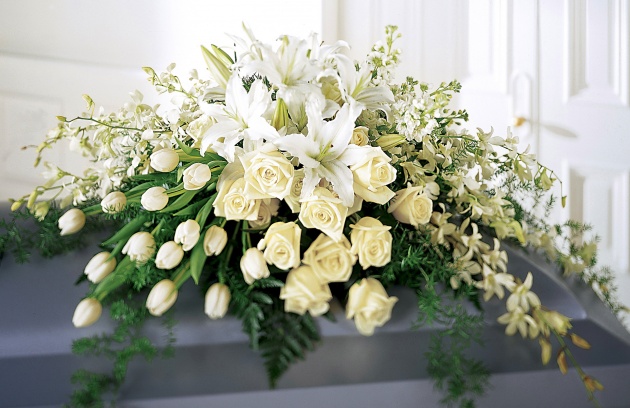 Another common flower given during funerals as a symbol of death and grief, even truth, is the white chrysanthemum; which, is popularly given to families of the deceased in Japan, Korea, the United States and many European countries.

All in all, flowers have a very intriguing past in the world of family tradition, I hope this tradition remains forever present in human nature.

Hello, my name is Mariam. I love flowers and plants. Read my blog posts about what I consider the biggest beauty of the world. Plants are important because they are responsible for the presence of oxygen, which is a gas that is needed by plants and other organisms to breathe.…