Year 2012 when I tried my luck for a greener pasture. I was sponsored by my brother going to Dubai, United Arab Emirates where he was and is working. And I was lucky enough that my brother had booked my ticket through Emirates Airlines.

I was out of idea when that it was Emirates which will take me to Dubai because my tickets came a day before my flight and it was definitely the most thrilling thing that I had waited in my entire life. It was that time that I will be stepping out of my home land and will be joining a country which I am not sure what will offer me. But even though I was uncertain of the future, I was definitely glad that I had a chance to go fly with this prestigious airline. To give you an overview:

Emirates Airlines is based in Dubai, United Arab Emirates in the Middle East. The airline is a subsidiary of The Emirates Group, and of which is owned by the government of Dubai. 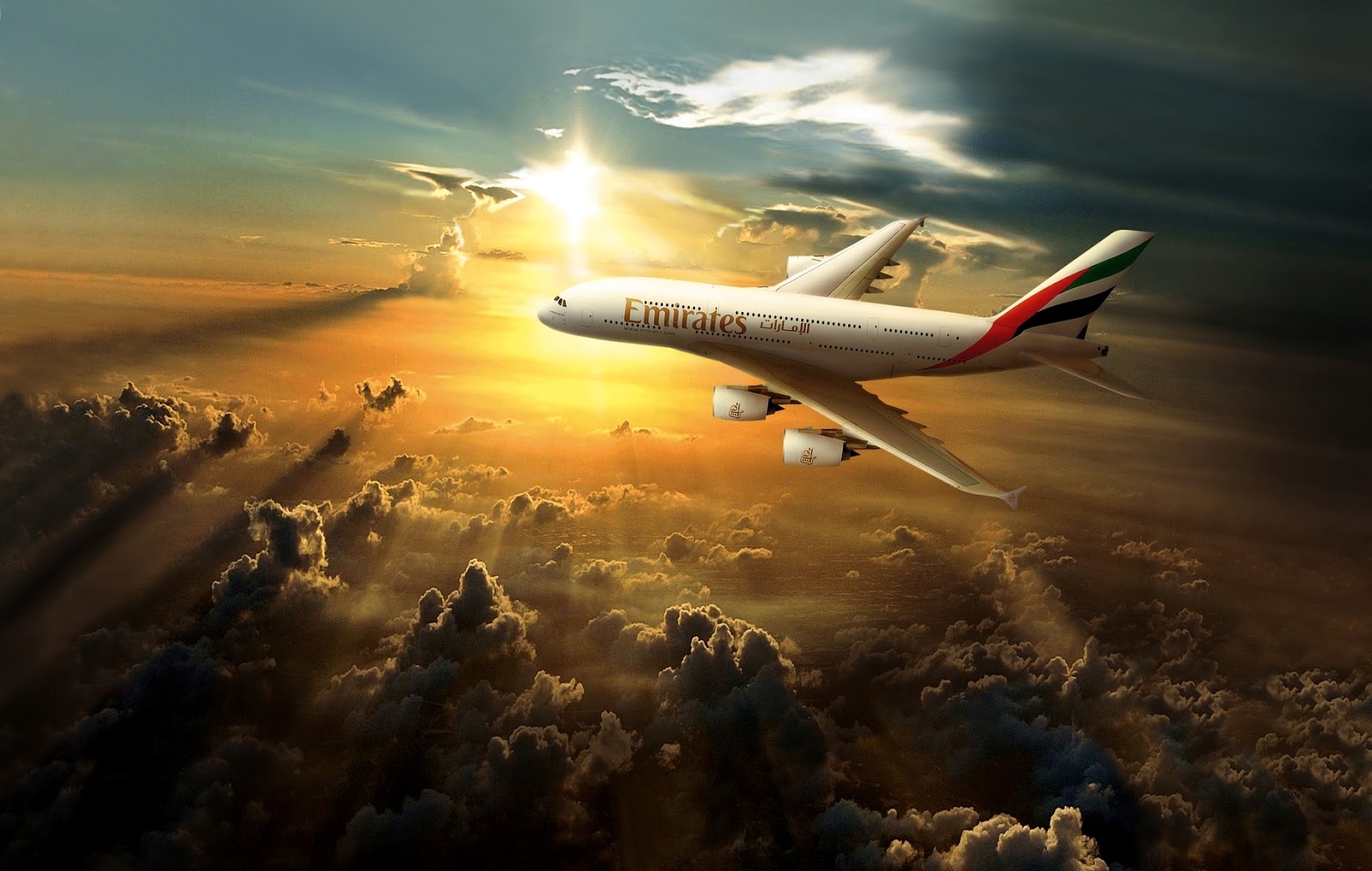 I had no clue at that point what I was supposed to expect when I get into the plane, what I know was that I will be going to Dubai. I was a bit scared but also excited to finally land on a different continent and would see the culture of the Arab country.

I was seated at 10F, zone H between two senior citizens, on my right was a Filipina who never talked to me the whole eight hour flight and on my left was a really sweet Chinese lady who started our conversation with asking me how to turn off the screen of the front monitor.

But it was not a problem of course because I was busy with noticing everything in this plane. It was my first international flight, I had flown within the Philippines couple of times but this is totally different. It is different not just in terms of the number of hours, the hugeness of the plane I was into but also because I am definitely be leaving the country which has been my comfort zone for several months or years.

The two Chinese seniors and I would then talk every now and then regarding the food and the flight status but 75% of the time, they were both sleeping with her husband on her left. I was not able to ask if they were in a business trip or just a vacation though but with the looks of it, they seem to be going there for a vacation or perhaps it is just a connecting flight.

Because it was my first international flight, I could never forget this experience. The plane was big with three lane seats. When I arrived at my seat, there was a towel and a headset resting inside a clear plastic.

A wide touch screen mounted in front of me with a gaming console which I thought was a PSP gadget at first look, this can be taken out from being mounted so you can use it for gaming and then there’s usb port, headset port and power socket also, it was called ICE which stands for Information Communication Entertainment.

Well aside from that, there was a button intended if you need something from the crew, I accidentally hit it and a crew came in asked me what I need which was embarrassing but I appreciate the alertness and the hospitability of the crews.

Speaking of the crews, they were multi-cultured. There were whites, blacks and even a Filipina on board. When the plane started to make its way up and the crews would start their duty to give specific guidelines, it was the Filipina crew who had given the specific reminders in Tagalog which was later then translated by another crew in English and lastly another one in Arabic.

ICE has everything from today’s news and headlines, skywards, duty free, the route and network then for the communication, there’s sms & email, usb media player and satellite while for entertainment, which happened to be my favorite showcases movies, tv shows, world radio and podcasts, music and cds and games.

What I first did was check the movies section, they have a range of movie genres and new films were also on the list. I watched Hansel and Gretel and later on the movie Pitch Perfect. When I started feeling sleepy, I check on the music area only to find Nina’s songs under the Filipino music, not bad at all since I like Nina.

It looked like all the passengers were asleep and I noticed the plane’s roof starting to shimmer like stars while the lights were dimmed. Amazing!

The ceiling of the plane was just amazing and I even have the chance to see another version which looked liked that inside Dubai mall. It was no wonder why they have these kinds of designs. Check my video coverage here:

But before I slept, while watching the Hansel and Gretel movie, our savory snack was served. Their menu gave us two options but I opted for the Chicken Adobo Sandwich on focaccia bread accompanied with potato salad and tomato wedge, dessert was a pineapple upside down cake and a glass of pineapple juice. They actually will give you options for the drinks; they have water, tea, coffee, apple juice and etc. And by the way, cup noodles were available once asked for it.

My Snack: Chicken Adobo Sandwich on focaccia bread, with potato salad and tomato wedge,  pineapple upside down cake and a glass of pineapple juice

I also went to the comfort room before sleeping, I felt ignorant by the time I went inside, I couldn’t figure out where the lock switch was until I looked on the upper part of the door, as soon as I switched it, the lights changed to a lighter one. It was funny and I was glad that no one noticed me taking so much time inside.

I spent some time inside checking on the cabinets and everything, this things were not available in those aircraft I had traveled with locally of course. There were free sanitary napkins and tissue packs available, then that was my first time to see a water-less bowl. I was hesitant to pee on their but I did and when I pressed on the flush button, water came in very fast and drained it, leaving the bowl again dry and waterless. Magnificent! Unfortunately, I left my camera in my bag at my seat and it was actually not ideal to be going in and out of my seat since I was sitting in the middle lane. I just left the rest room and went back on my seat.

By the moment I woke up, we only had three more hours to go before we arrive at Dubai International Airport, specifically Terminal 3. If it was daytime, we could actually see the view down under because the plane has video cams rested underneath it then we can watch it through ICE but unfortunately, it was dawn and everything was dark.

However, I am still able to see Dubai from up above when I went out of the city and get my visa changed. Here's how Dubai is from up above:

I played Bejeweled then for awhile while my seatmates were both sleeping and most of the passengers as well when our breakfast was served. There were two options for the breakfast, Omelet and Fish.

I selected omelet and boy, I’m glad I did because the Chinese lady didn’t even touch the Milk Fish or Bangus on her plate.

However, my plate was full which consisted of fresh seasonal fruit slices; they were pineapples, watermelons and apple. Then for the main course, huge fresh omelet served with new potatoes, baked beans and corned beef hash. I had apple juice as well for my drinks, bread which looked like pandesal except for the size which was actually bigger than pandesal was also served together with some cheese and honey.

My Breakfast: omelet with new potatoes, baked beans and corned beef hash, bread with butter and honey plus a complimentary biscuit

I ate the whole thing except for this one biscuit named luxury biscuit, it was a product of Hwa Tai which I haven’t heard of and I couldn’t forget what was labeled on its packaging, it goes like this:

“The luxury that you won’t regret, bite that!”

I didn’t like its taste, well maybe I am not really into the luxurious types of food. Haha! A savory snack and a luxurious breakfast, I definitely enjoyed those meals. I later found out that the food served were world class, award-winning cuisine. No wonder I found all of it deliciously tasty!

I had never been served with this type of service until that day, the crews were from different races yet all of them were courteous and gentle, well yeah that’s their job but it was just fascinating to be served by them.

It was an eight hours and 35 minutes flight, yet I never felt bored at all. I enjoyed the meal, the ICE media, the toilet and specially the service, indeed a world class!

Thank you Emirates Airlines for this wonderful experience! Here's the Welcome board to all the passengers who had arrived Dubai that early morning. This was one of my unforgettable experience flying because it was a smooth one, never felt any problem with my ears and was able to enjoy the entire trip.

While I only knew that Emirates is a huge company and that it is owned by the Government of Dubai, there are also facts which I was not aware of until I was already in Dubai. Here are some useful facts information about Emirates Airlines:

It is actually the world's largest international scheduled passenger carrier in terms of kilometers flown.

Terminal 3 of Dubai where the Emirates Airlines flights are located.

Aside from that, Emirates is also known to be the seventh largest airline in the world in terms of revenue, this is definitely giving Dubai huge revenues.

Also, Emirates airlines is the largest airline int he Middle East, well I believe it is obvious because there are lots of visitors in this country. But this is based on revenue, fleet size and passengers carried.

And lastly, Emirates Airlines is known to be the fourth largest airline in the whole wide world in terms of number of passengers carried.

One of the best news I have heard about the Emirates Airlines was when their biggest Airbus A380 commercial plane landed from Dubai to Manila and was steered by a Filipino pilot, Captain Frank Desiderio.

And if you wonder what's the first thing that I did when I arrived in Dubai? Of course went to watch the Dancing Fountain and mesmerized by the huge and elegant Burj Khalifa.

Image credit: Pixabay, changed by Vimi I decided to participate in "The bitLanders C-blogging." It i…

Dubai is the biggest city in the United Arab Emirates (UAE). With a population of almost 6 million a…

To make Dubai as the happiest city on earth. The Smart Dubai initiative was founded following the v…