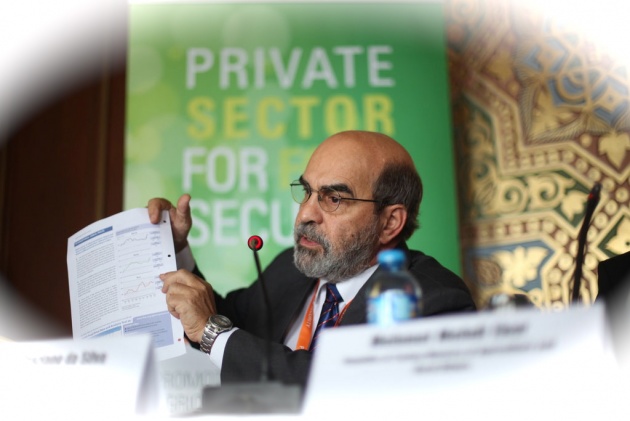 “There can be no freedom from hunger – there can be no food security – without the active participation of all sectors of society, including the private sector,”  according to FAO’s Director-General, José Graziano da Silva. The Food and Agriculture Organization (FAO) and the European Bank for Reconstruction and Development (EBRD) have called on the private sector to invest massively in agriculture, stressing that this is vital to winning the fight against hunger. Mr. da Silva was speaking at a Conference in Istanbul focused on promoting private agricultural investment and trade from the Black Sea to the Mediterranean,

Mr. da Silva offered that the private sector can be more active/effective in politically supporting the goal of food security along with investments and financial and in-kind contributions. “We need to build consensus and mobilize all stakeholders towards this goal. With the private sector on board, national and international efforts to fight hunger have added legitimacy,” he told the gathering of leaders in agribusiness and top level policy-makers. Read: “Food Crisis on Horizon”. 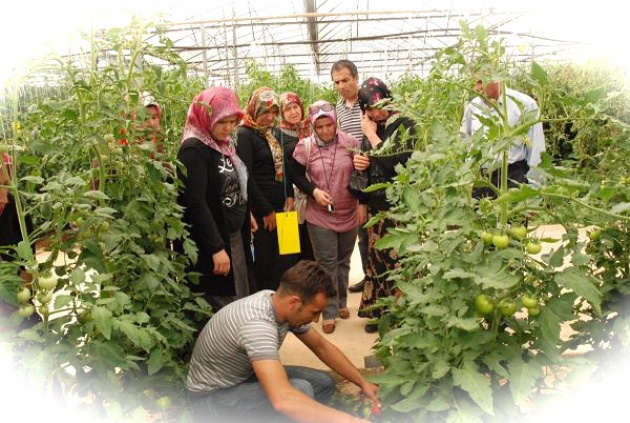 The Director-General and his counterpart, EBRD President Sir Suma Chakrabarti, stressed that the fight against hunger can only be won in partnership between governments, civil society and farmer organizations and the private sector. They also called on governments to create an enabling policy environment that fosters private sector investment. As reported by UN News Centre: Sir Suma said he was impressed by the positive response by all the companies that were invited to the conference. “It shows that the private sector is concerned about food security. This meeting is another step forward to helping the private sector to enhance production and employment, using the expertise of the EBRD and FAO in the food and agricultural sectors.”

One of the issues not reported upon widely is the impact of the global financial crisis, the still prevalent economic recession and food price speculation. Logistics and delivery is also critical as means to minimize waste and increase efficiency. The rise in fuel costs has a direct impact on costs paid by consumers to the price of fertilizer. Economic growth in Asia has also created more demand and more demanding consumption habits. The most recent food spike has been sparked by drought and poor harvests in some key food producing states and certain crops. Again though, there is not an actual shortage. Free markets are no longer free but driven in stampede fashion by speculation, which only exasperates the price volatility for consumers but also producers at times. "Food Prices Spike to Record-Will Get Worse"

The conference explored ways to improve the trade conditions between transition countries and the southern and eastern rim of the Mediterranean. It also discussed different models to develop farming and maximize the efficiency of food chains. The cooperation between since the start of their partnership in 1994, FAO and the EBRD have implemented over 90 technical assistance projects, totaling about $12 million, which have helped to address institutional and regulatory bottlenecks, as well as improve transparency and efficiency along the whole food value-chain in the countries in which EBRD operates.