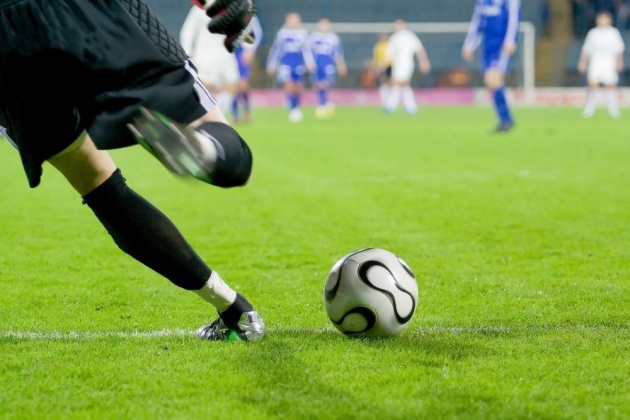 Football is a game played between two teams of eleven players, in which players attempt to make goal by passing the ball on the field opposing the rival team players, trying to kick or head the ball into the goal net while being cautious from the goal keeper who stands at the net to defend goals.

In the game, there are two goal nets at each smaller sides of a rectangular field. The games begins with a toss. The toss is done for deciding the ends and first kick off. The team who wins toss decides ends and kicks off first.

Football is played mostly in played in Germany, Brazil, Portugal and many other countries like Saudi Arabia and England. 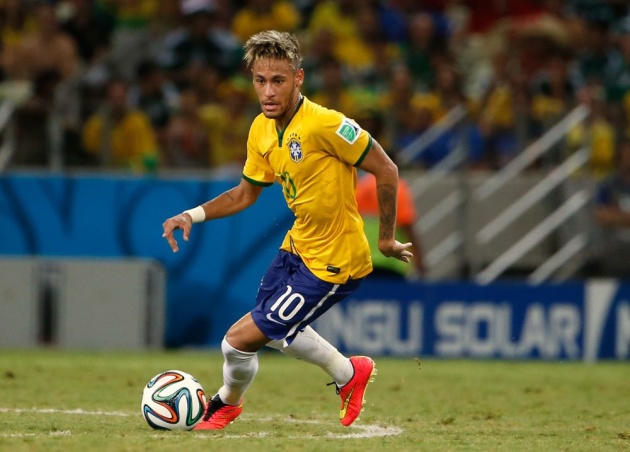 Football is said to be originated in 1863 in England when England formed Association Football. 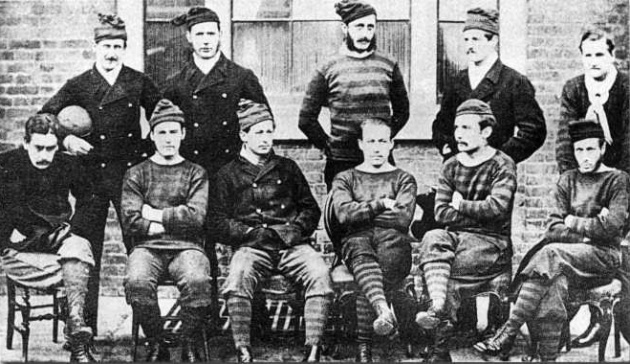 In England, Football games were played between schools since 1858.

Football was first considered as a male game. But during World War I, women came in this sport when they started doing jobs which were traditionally done by men. 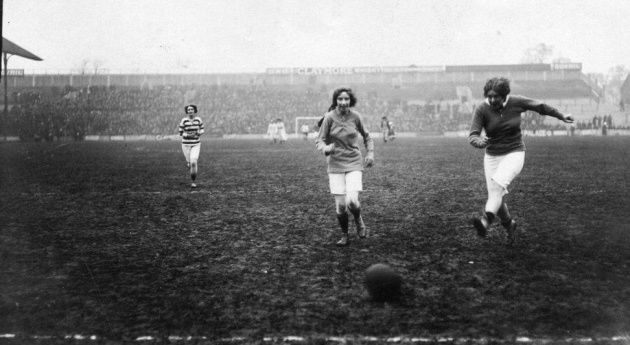 A video from 1920s shows a Football gameplay.

Association Football, a type of Football, in picture. 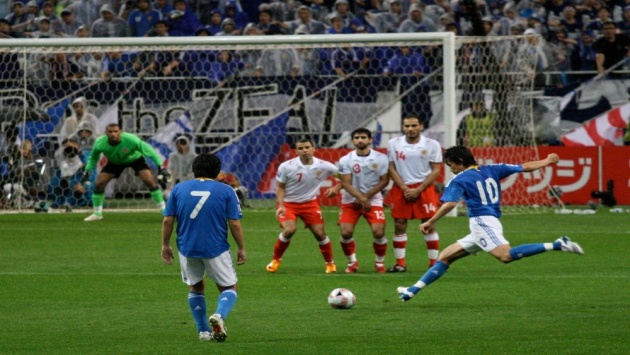 Some of  the Football games which come under Football Association (FA) are they.

Here, we are going to read about Association Football, its events, teams and more.

The only Football which is played by almost 250 million people. We already have discussed above, about Association Football. Let's talk about the Laws of the Game.

Rules of Association Football are called as "Laws of the Game". These laws have a long history which makes them long and not very simple to read and understand.

Instead of making it pretty boring by putting these seventeen laws of fifty pages here, I'm putting a very interesting video. Watching this will make you learn what the laws Association Football practically.

Here is a map of World for Continental Competitions.

Many competitions of Association Football occur in a year which include FIFA, Asian Competitions

Here we are going to talk about FIFA Competitions only.

it was founded in 1904 in Paris, France. And presided first by Robert Guerin.

Under, we are talking about FIFA Competitions.

FIFA Competitions are matches which are organized under FIFA among six member confederations or among national football associations of almost 209 members.

Competitions which come under FIFA are.

And Some Arab Clubs.

Some of these will be discussed below.

FIFA World Cup is an international competition played between FIFA's member teams of Senior Men. The first World Cup was played in 1930. Now, after every four years, it is held at FIFA's desired places.

World Cup is organized after qualification matches which are held in six Association Football continental areas or zones.

The purpose of these matches is to choose teams which play in World Cup. In 2014 thirty two teams participated for qualification matches.In past year, Germany was the winner of World Cup.

Here is the highlight Video of Germany versus Argentina.

Here are the teams from different continental zones who qualified for FIFA 2014. 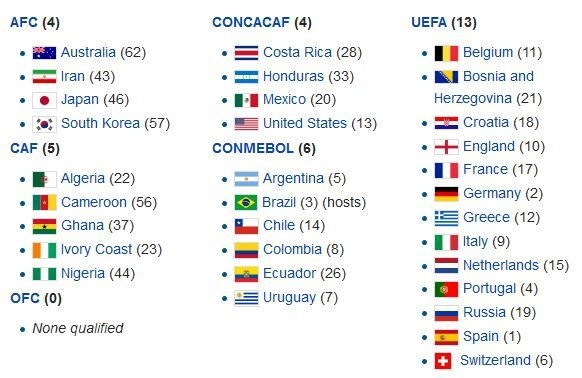 Many people are still unable to know the differences between World Cup and Club World Cup. Let me write a short explanation for them.

FIFA Club World Cup is a game played between seven champions teams. Six of these seven teams are winners of their Confederation Cup, while the seventh team is winner of the hosting country's national club championship.

Here is an interesting video of draw of FIFA Club World Cup 2015. Hope you will like it.

In 2015, FIFA Club World Cup will start of 10th of December. Teams which qualified for the World Cup are in the picture.

in 2014, Real Madrid won the championship. The match was hosted in Morocco.

Here is a highlight video of the final match between Real Madrid and San Lorenzo.

World Association Football ranking is based on four years progress of all FIFA's member teams. The ranking system is based on points which are awarded on all member teams according to the matches they played recently and their performance in those matches.

The team with most points reaches first position. Currently, Belgium is ranked at first having 1440 points. Here is list of top ten Association Football teams from FIFA. 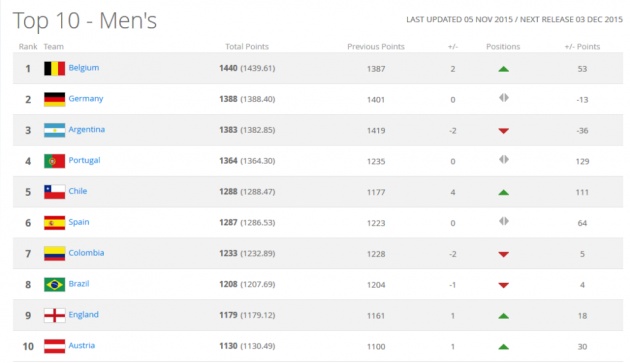 A video of information about current highest ranked team, Belgium from January 1, 2015.

First called the Inaugural Tournament, since 1991 called the Women's World Cup is a match played by FIFA's Senior Women's teams.

First Women's Cup was held in China in 1991. Every four years, it is held by FIFA in its desired nations. The qualification matches for the Cup are started three years before it. Current and third time champion of the Women's Cup is United States. However Norway, Germany and Japan also won the Cup one time.

Here is a highlight video of 1991 World Cup Final played between United States and Norway in China.

2015 championship was won by United States. Last match was played between USA and Japan. Here is a highlight video of final match of World Cup. 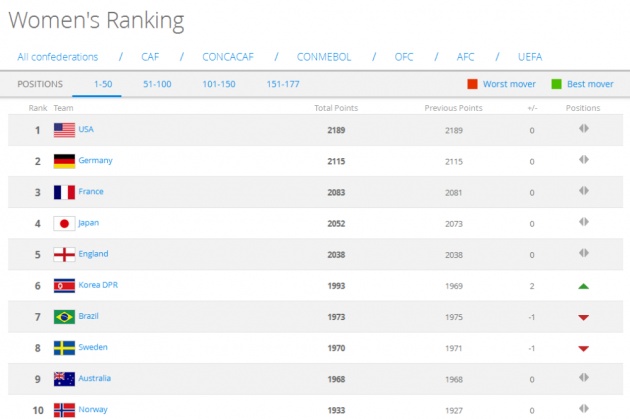 FIFA under 20 or U20 World Cup is match played by men under 20 years old. The match is played after every two years. First match was held in 1977.

Here is a video of last FIFA U20 World Cup final.

Logo of FIFA U17 World Cup.

FIFA U20 Women's World Cup is played after every two years but in each even years. Started in 2002. Here is a video of final match played in Canada between Germany and Nigeria.

It is also played every even years. Last played in 2014. Current winner is Japan. Here is a video of top ten goals of FIFA U17 Women.

The country which hosts this Cup, hosts the coming World Cup.

Here is a highlight video of final match of Confederations Cup between Brazil and Spain. Brazil was the winner. Arab Cups are of several types. They include Arab Cup of Nations, Pan Arab Cup, Gulf Cup and Arab Super Cup. And some clubs which are Arab's Champion League, Arab Super Cup and Gulf Club Cup.

In the last, here is an amazing goal video of the match between United Arab Emirates and Iraq.