In Afghanistan the legal age for marriage is 16 years for females and 18 for males but our religion Islam says whenever a female and male reaches the age of puberty then they are eligible to marry.The average age of puberty differs in different countries and depends on the life style ,weather etc.Due to the poor lifestyles ,poverty and the poor quality of food in Afghanistan, girls reaches the age of puberty from 9 to 11 years while male from 11 to 13 years.However Islam also teaches us to ask the will of both the male and females to get in to a marriage relationship but we are far from following the Islamic guidlines.Forced child marriages are happening on daily basis in Afghanistan which are resulting in disputes between families and sometimes even bloody retaliations. 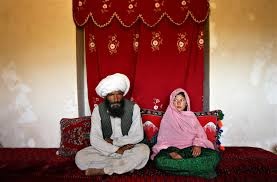 According to a 2010 report, 53% of all marriages in Afghanistan were below the age of 18 and 21% of the marriage were below the age of 15.There are reports of small girl even not in the age puberty are married to males aged 50 or above which is unislamic and a crime according to the Islamic constitution of Afghanistan.There are financial problems which leads to most of the parents giving their sisters or daughter to a small amount of money to people as old as 60.The most common causes of these marriages are when people who has no children from previous marriages or when someones wife dies even when he is as old as 70 still he want to get married to a child of the age of 9 and 10.

Child marriages and early pregnancies lead to certain complications during labour or even death at some instances.Children born as a result of child marriages found increased health risks.A 2010 mortality survey found an increased risk of deaths to children born to Afghan mothers below 20.

There are increased cases of child brides been abused by their dominated old husbands.There are violence related cases and deaths due to severe torture.They are kept as slaves and used to calm their sexual needs. 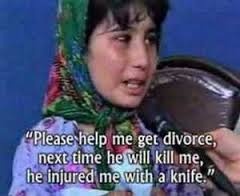 In an Islamic country where the constitution is derived from the Islamic books and still we are not following the path of Islam which has straight forward guidelines on how to treat a women and how she has to choose her life partner.Infact we take it as a sin to ask for our females of their choice.The unislamic cultural system of Afghanistan is getting a  toll on all the issues regarding females.When there are rivalries between two familes or two groups ,the best way to solve the dispute is by giving away females in exchange for theirs.Education for females is thought to be against the culture and they have no idea what our Prophet (PBUH) says that Education is compulsory for all Muslim men and women.

The consequences are immense and we need to adress the issue as soon as possible to save further children from child marriages.The Government need to take an initiative to protect women rights and force strict laws to ensure the safety of children.

A social worker by profession and graduated from Layas institute Melbourne,Australia