Hello Bitlanders! Today I have decided to join the challenge and write about the four (4) awesome things to learn from Lara Croft of the movie Tomb Raider. 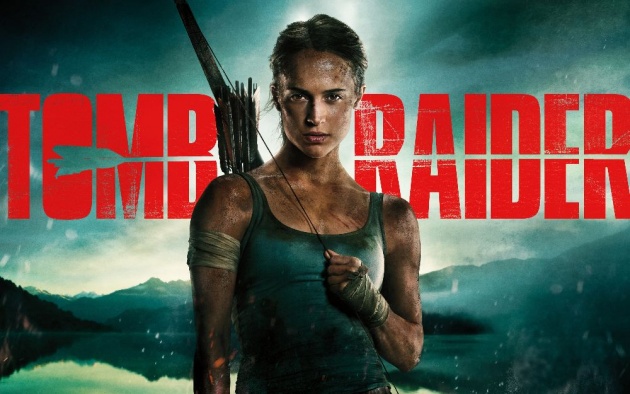 Although I have already seen this movie and have not written any movie review, I figured it's about time to do so since Bitlanders has set a blogging task about women empowerment, yep, I have chosen to write about Lara Croft of Tomb Raider because I have already seen this movie, the original one which was starred by Angelina Jolie and the latest remake which was released this year.

Honestly, I was not really impressed by the remake of Tomb Raider. It's like, I already knew what to expect. The actress who took the character of Lara Croft was a teenager and although her face is full of emotions, I don't think her punch is that impressive at all. Personally, I think she needed more workout for portraying the role of Lara Croft.

The original one will always be the best for me. Angelina Jolie was perfect for the role. Anyway, all of the Lara Croft movies were amazing, the graphics and special effects were decent.

In this article, I would like to share with you the four (4) awesome things I have learned from watching the movie Tomb Raider.

#1 To Have the Courage

One thing I admire most about Lara Croft is her defying courage to fight for her beliefs. 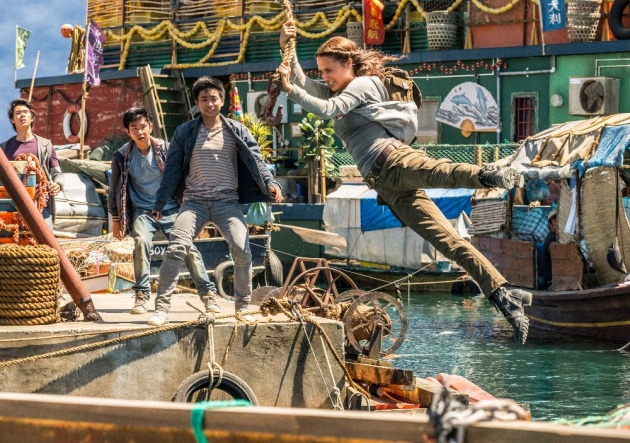 Lara Croft had been in trouble for many times in the movie and what I really liked about her is that she would always find herself out. 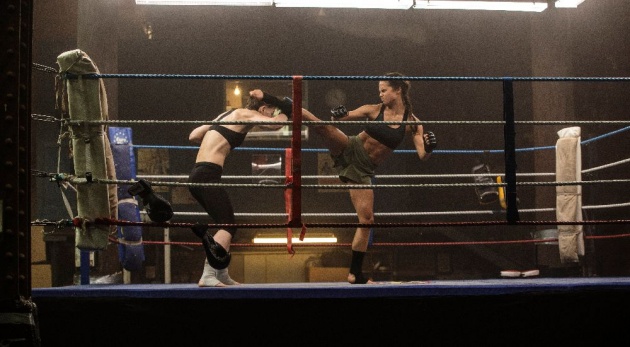 As I have read in a quote,

"It is only in the face of darkness that one finds her true noble self."

Tomb Raider is a movie full of exciting actions and adventures so maybe it would be a fitting role for Lara Croft to portray an individual who possesses an infinite amount of courage, so to speak.

Whenever there's a mystery, puzzle or mission, Lara Croft would always get to solve it and achieve her objectives no matter what circumstances there may be. 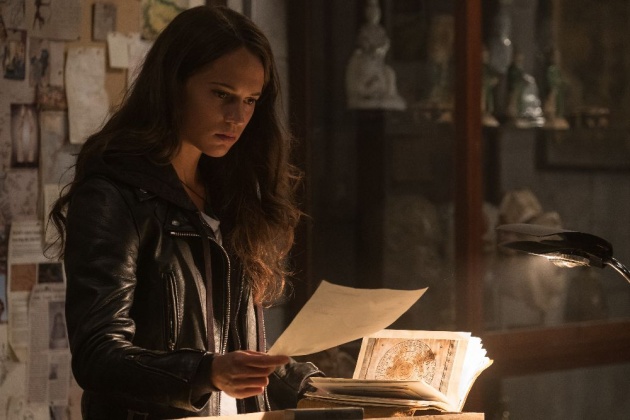 Despite all the graphics and special effects, I have always admired Lara Croft's perseverance. She has always been very adventurous and no matter how many times she fails, Lara Croft would never give up.

I think this movie encourages everyone to never surrender whatever situation we might encounter with our day to day lives. I can personally say I can relate to this because I myself have endured many struggles and defeats but I chose not to surrender. Why surrender when you haven't even tried your best yet?

#3 To Believe in One's Self

Another awesome thing I have learned from watching Lara Croft's Tomb Raider is that she'd always know what to do next. It's like she keeps this inner power that pushes her to move forward. 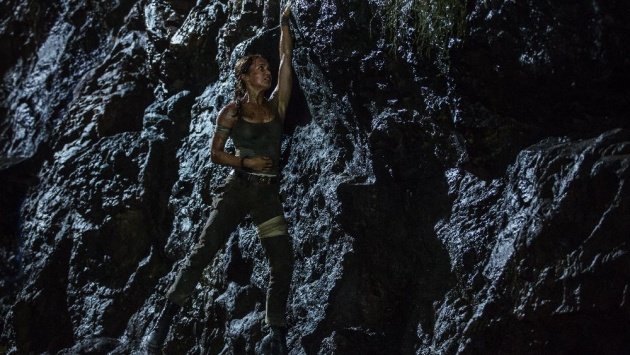 Lara Croft is into extreme sports as I have watched the movie, she rides a bike even better than a guy, no offense, I know it was just the special effects but hey, she can also do rock climbing in an exceeding method. Lara Croft is also an expert in archery. 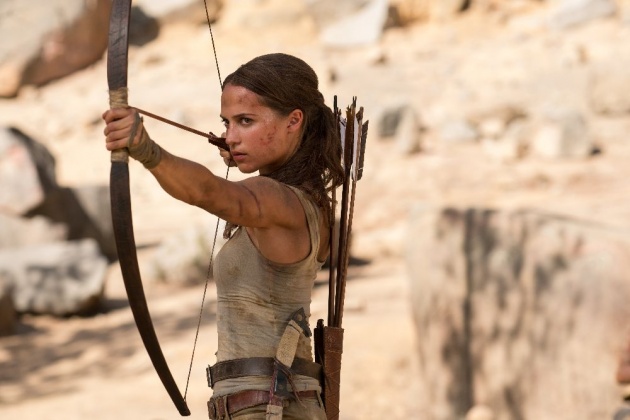 Setting goals and focusing on achieving those goals requires us to dream and believe. Believing in one's self is just the start of success.

#4 To Always Do the Right Thing

Doing the right thing is always the hardest, so why not do the left? I'm just messing around but seriously though, as I have read in a quote,

Despite all those treasures and other temptations, Lara Croft faces along with her adventures, one thing I really love about Tomb Raider is Lara Croft's decision-making ability. Lara would always decide to do the right thing, and she's very witty. I just love this character of hers’. 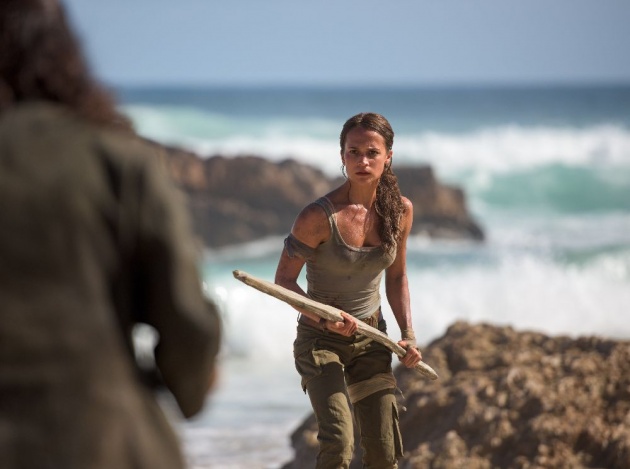 In the latest Tomb Raider release, Lara Croft was torn between making the hardest decision in her life. A deadly virus was about to go off to the open world while her father was badly injured and infected as well. Lara Croft's father bid her goodbye so she can go after the villain who took a sample of the deadly virus.

I can see in her eyes that Lara Croft is having difficulty leaving her father whom she only just got to see after a very long time.

That part of the movie was sad, but then again Lara Croft chose to save the world and decided to leave her dying father behind.

So there it is. The Four (4) Awesome Things You Can Learn from watching Lara Croft's Tomb Raider:

#3 To Believe in One's Self

#4 To Always Do the Right Thing

I have actually watched both movies of Lara Croft. The first one was entitled Lara Croft Tomb Raider which was released 2001 and starred by Angelina Jolie. 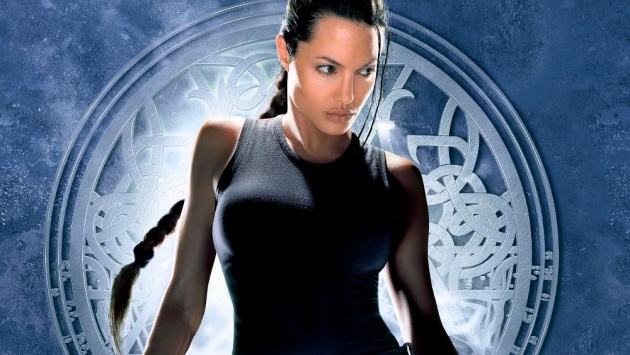 A sequel was then released after that with the same star, still, Angelina Jolie entitled Lara Croft: Tomb Raider, The Cradle of Life.

Then the latest release of 2018, Tomb Raider starred by Alicia Vikander. 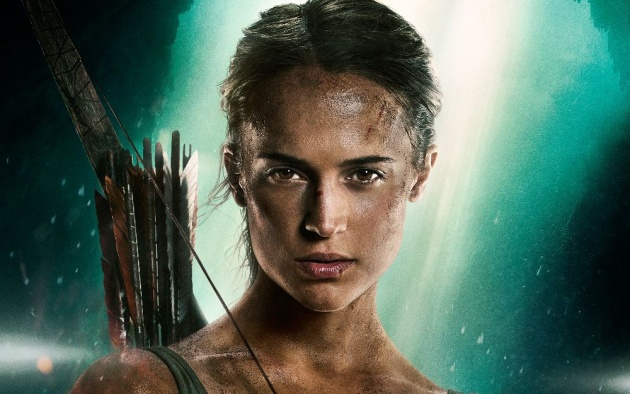 All of these movies were packed with thrilling adventures and action.

I hope you guys enjoyed reading my blog. There's more to come. Till next time :-)

Here are some of my other movie blogs I would like to share with you. Feel free to read them.

Like">www.bitlanders.com/blogs/like-stars-on-earth-a-must-see-throwback-movie/5747308">Like Stars on Earth: A Must See Throwback Movie

Why I Love Watching " Perfume: The Story of a Murderer", a Throwback Movie Review

In the meantime, here's a Querlo Chat for you.