Dividing human nature into two parts, Swift has More’s utopia. If reason is extracted from man, what is left behind man, a lump of hideous instincts. Utopia means reason, the result of what has Gulliver faced. Man has both reason and passion. Gulliver is expelled from the land of Houyhnhnms because he is man. His expulsion means that man cannot be deprived of physicality. Reason and passion in man cannot be separated from each other. Thackeray found this satire's moral "Shameful, horrible, unmanly and blasphemous" 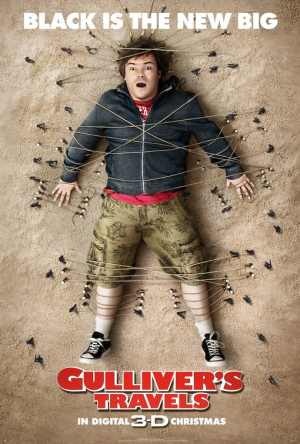 Swift's behavior is regarded as misanthropist. The structure of the whole book is distorted if we identify Gulliver with Swift's person. Gulliver is not Swift himself but he is rendered dramatic agent. As John. B. More says:

"Gulliver is not Swift himself either in intellect or in disposition."

Gulliver is not Swift and Swift does not share his views. He never gave way to his cheap cynicism. It is Gulliver not Swift who is dazzled by Houyhnhnms. He wants to become pure intellectual like horses. Repelled by human corrupt nature, he identifies "Yahoos" with man. Swift's satire is not directed towards Yahoos. It is two fold. If Yahoos lack reason, the Houyhnhnms lack passion.

Swift hated humanity in mass but he was warm in his friendship with individual. Once his servant beat up the beggar at his door, so he also beat up his servant. Swift says:

"I have ever hated all nations, professions and communities and all my love is towards individuals."

Therefore, he is not misanthropist but he only seems to be so. His savage indignation arose from frustrated love. However, his satire arose from philanthropy not from misanthropy.

Some critics consider Swift as a sick person "Gulliver's Travels" as the result of a sick-minded person. The life lived by most of Englishmen made Swift sick and he died half-insane. There is more sanity in this type of mental sickness. Swift gave all his property for foundation of an  institution of insanes.

The gist of all this above discussion is that Swift is regarded misanthropist at extreme in the close of the book. However, his opinions about humanity are low, it does not necessarily mean that Swift is misanthropist. His satire is not written in anger and contempt but in promoting self-knowledge, that leads man to virtue.

To sum up, Swift is bitter to the follies and hypocrisies of humans so that they may lead towards virtuous action. If Swift’s satire is for reformation, he should not be considered a misanthropist.