Most songs share many common characteristics. Many songs are just detailed versions of the obvious already existing formula.

Want something new? What you need is something fresh; a cocktail of uniqueness coming from the FKBAND! 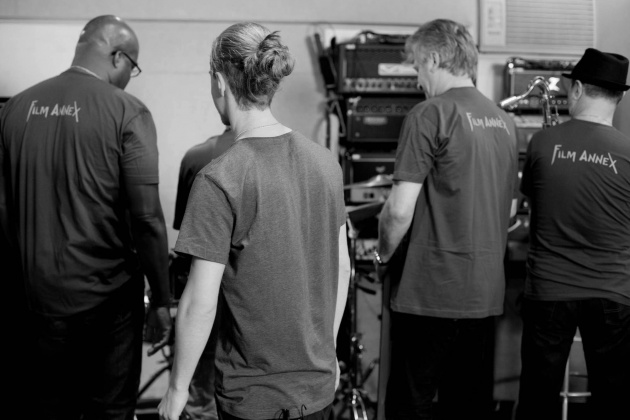 Not only does FKBAND make original songs, they also take well-known songs by The Beatles, Red Hot Chilli Peppers etc. and innovate them…injecting them with their own imprints. Radio and TV broadcasts don’t give us many options concerning expanding our musical horizons. Many songs are just detailed versions of the obvious already existing formula. At the concert you will experience songs everyone knows, including their mothers, EXCEPT with our sense of style included.

Artists/Bands have been doing this for a while now! For example, Michael Jackson. He took the popular song “Come Together” by The Beatles, and performed his own individual version of it live on stage; no one was expecting such a cool innovation of the song! Internationally known band Aerosmith took song Helter Skelter and made their own interpretation of the song and included it in their album “Pandora’s Box”. Recent internet rising star, Niykee Heaton, made a cover to the song “Love Sosa” by Chief Keef, a heavy hip-hop/rap inspired song; and she transitioned the song into an acoustic version. Simply by doing this she added a spice of innocence and sweetness to the rap… and FKBAND plan on doing a similar act!

So now, the question is: Did YOU ever listen to Beatle songs, Nirvana songs, and other rock/pop music in a Jazz-Hip Hop cover? Not only do I know you never did, but FKBANDS original songs plus unique covers will be exhibited on the 8th of February on a Friday. Spend a Friday night listening to a variety of original songs made by FKBAND, and songs they in essential fashion have altered to add a new feel to the song. You have almost nothing to lose. If you have free time, it is a must to show up at this concert! FKBAND include artists

Nationalities ranging in this line up are from American, Russian, Argentinian, and more ethnic groups. + there will be special guest Jerrra Blues performing at the concert!

All of these starring artists in the FKBAND have an extensive amount of experience, ranging from producing several albums to working with larger artists in the music industry, to just performing in multiple areas in Brooklyn. Fred Kurzh, for instance, spent a long time working on his own radio show “FK show” that aired on the Russian station “Radio Positive”, where he would present news and topics with a rap inspiration…

There will be many songs performed at the concert, both original and our own improvisations of popular songs. 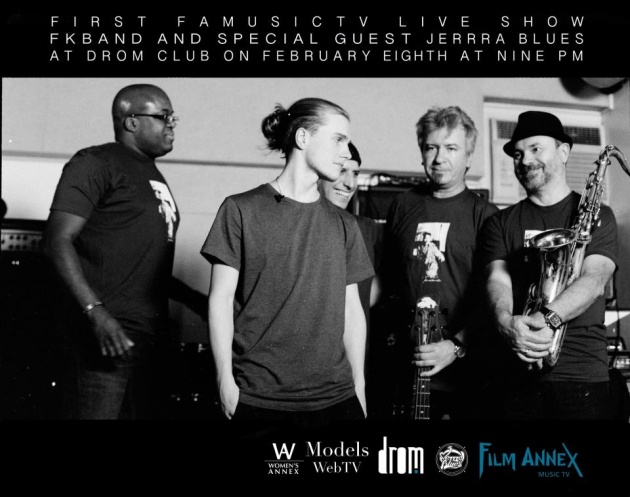 Except the opportunity, and experience talent you won’t regret witnessing.