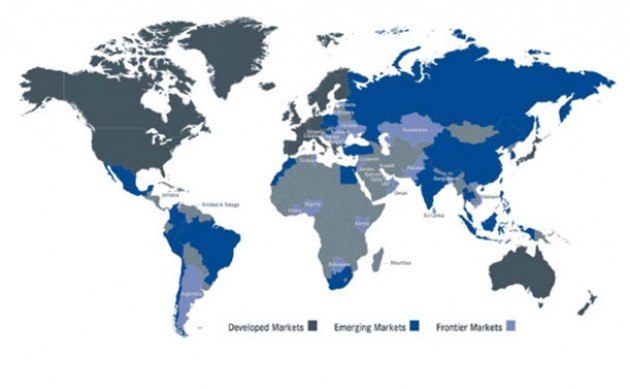 We can define the frontier markets countries that now are in an economic situation similar to the one they were in emerging markets a few decades ago.
The economy is a spinning wheel: three centuries ago, Europe was a frontier market, 30 years ago they were emerging, today the main frontier markets are: Bahrain, Bangladesh, Colombia, Ivory Coast, Croatia, Ghana, Jordan, Kazhakhstan, Kenya, Lebanon, Macedonia, Morocco, Mauritius, Mongolia, Nigeria, Oman, Qatar, Serbia, Slovakia, Slovenia, Sri Lanka, Trinidad and Tobago, Tunisia, Vietnam.
In recent years these economies have experienced strong growth, partly due to the rapid increase in domestic consumption. For a long time investment in these countries was linked more to the exploitation colonial development . Today, the opportunities are in emerging markets such as those had in the beginning, low labor costs , age demographic and lack of infrastructure. There is a need to create.
The strong growth in these countries is characterized by a fundamental factor : the demographic development , which produces an increase in the youth population. Young people producing consumer goods for developed countries, where the population is aging with remarkable speed, and at the same time promote the productivity of their country with high levels of domestic consumption, thanks to lower costs of production and growth of their welfare. 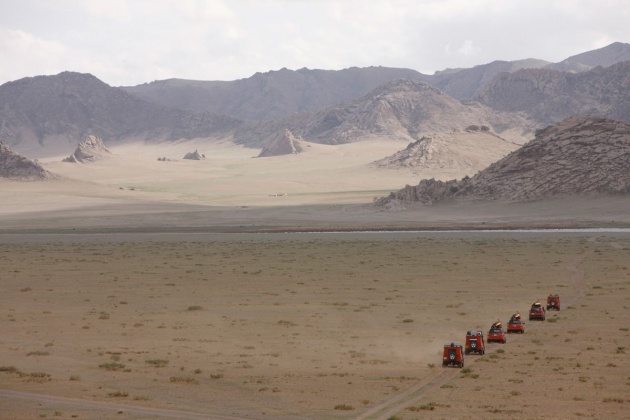 Other important factors in the development of frontier markets are: technological innovation and the availability of raw materials. The first as they invest in new technologies without having to replace the old, no small advantage, the second to get the raw materials available without having to buy from other countries.
In these areas it is also developing the so-called concept of Microfinance, which encourages the development of microcredit, the topic that we will cover in a specific way in the coming episodes.
The economies of the border, although they are very dependent on primary commodities, they do not show a correlation with developed markets. This allows you to do analysis of specific growth, freed from financial transactions to which we are accustomed by globalization.
But we must evaluate those that are still the most risk to invest in these countries: high volatility, lack of transparency, lack of liquidity in transactions.
If we were to make a prediction, although it is not simple, we could say that these are the most interesting markets for the future, but before investing in these countries, you should always do a careful analysis, not influenced by many negative factors that often offers us the information.
What today might be considered a risky investment, it could instead be the opportunity of tomorrow.