From Atlas To Pepper: The Coolest Robots Around

"Robots are becoming more advanced and human-like as enormous amounts of money are spent on development, including by the military.

As part of Sky News' series Robot Revolution, looking at how far robotics has advanced and the future of the technology, below are some of the coolest examples we've found.

It is designed to work in the rough outdoors and can climb using its hands and feet, and make its way through congested spaces.

A recent video online showed the robot walking in woods.

It is powered by a "tether" but researchers are working on one that does not need it, which would allow the robot more freedom.

The firm's founder, Marc Raibert, says Atlas has "mobility that's in shooting range" of a human's.

The size of a large canine or small mule, it is a rough-terrain robot that walks, runs, climbs and carries heavy loads.

It was unveiled by Boston Dynamics in 2005 and funded by DARPA.

BigDog has four legs, an internal engine and an onboard computer that manages its sensors.

It was designed to work alongside soldiers as a robotic mule carrying equipment in terrain too difficult for conventional vehicles.

Spot was unveiled earlier this year and is designed to be used indoors and outdoors.

Whereas BigDog uses a forward-angled leg design, Spot's is angled backwards like the legs of a goat, and it hops around like one.

In a video released by the company, it is shown being kicked by humans but still manages to stay up.

It also climbs steps and a small hill and walks through a wooded area.

ASIMO can run, walk on uneven slopes and surfaces, turn smoothly, climb stairs, and reach for and grasp objects.

ASIMO, which is 4ft 3in tall (1.3-metre), can respond to simple voice commands and has the ability to recognise the face of a select group of individuals.

Using its camera eyes, ASIMO can map its environment and register stationary objects, and can also avoid moving obstacles.

Its makers say in the future it might help the elderly, or a person confined to a bed or wheelchair, and could also perform dangerous tasks such as firefighting or cleaning up toxic spills.

Since landing on Mars in August 2012 using a large parachute, the car-sized rover has been exploring the Red Planet, looking at whether it could have ever supported small life forms and if humans could survive there in the future.

The three-metre long NASA probe is analysing samples scooped from the soil and drilled from rocks and can roll over obstacles up to 75cm high and travel up to 90 metres per hour.

The one-metre-tall iCub is a humanoid robot shaped as a four-year-old child and has been developed at the Italian Institute of Technology.

It has 53 motors that move its head, arms, hands, waist and legs. It can also see and hear and can crawl on all fours and sit up.

These are three robots created by French-based Aldebaran Robotics.

Described by its creators as small and cute, 58cm-tall humanoid robot NAO is intended to be a friendly companion around the house - it moves, recognises people, hears them and even talks to them.

NAO has already been used in more than 70 countries through computer and science classes in schools and universities.

Dubbed NAO's big brother, Romeo is a 1.4-metre humanoid robot designed to help elderly and disabled people. It can open doors, climb stairs and grab objects on a table.

Pepper is friendly and much more than a robot, according to Alderbaran. Created for SoftBank Mobile - one of the largest mobile phone operators in Japan - Pepper is already greeting and interacting with customers in stores.

In June, 1,000 models of Pepper, costing around £1,000 each, went on sale in Japan and they sold out in just a minute. Buyers of the 1.2-metre tall robot will also have to pay £125 each month in data and insurance fees

The UK military is using this robot to test equipment such as chemical and biological suits "in a realistic but secure environment" at the Defence Science and Technology Laboratory at Porton Down, Wiltshire.

Porton Man was built using advanced lightweight materials developed for Formula One racing cars and is able to walk, march, run, sit, kneel and can even lift his arms as if to sight a weapon like an infantry soldier." 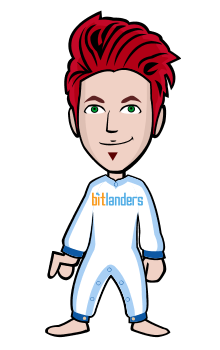 I am a member of the Tribe of Awakening Sovereignty and the 2045 initiative, a student of Life and a disciple of Unconditional Love. I am here to spread awareness of the organizations i represent, crypto currencies, and mythology as part of my effort to make a better world for…