From Ethiopia to Venezuela Civil Society Under Assault! 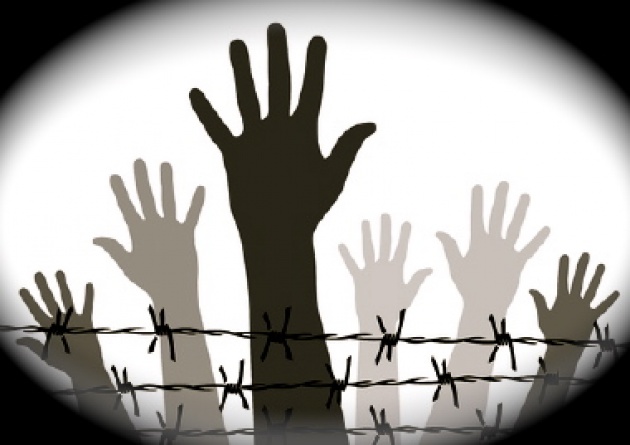 “A dynamic and autonomous civil society, able to operate freely, is one of the fundamental checks and balances necessary for building a healthy society, and one of the key bridges between governments and their people. It is therefore crucial that NGOs are able to function properly in countries in transition, as well as in established democracies. “Civil society – including NGOs, trade unions, human rights defenders, academics, journalists, bloggers and others – plays an absolutely crucial role in ensuring that human rights are protected in individual states,” said the UN High Commissioner for Human Rights, Navi Pillay.

Ms. Pillay spotlighted cases in several countries around the world such as Egypt, Zimbabwe, Cambodia, Israel and Venezuela, among others, where recent regulations or attempts to pass regulations are curtailing NGOs’ abilities to operate in those countries.

From the High Commissioner’s Statement:

UN High Commissioner for Human Rights Navi Pillay on Wednesday expressed deep concern about current or recent moves in a number of countries to curtail the freedom of non-governmental organizations (NGOs) and other civil society actors to operate independently and effectively.

A draft law on regulation of NGOs in Egypt “will, if passed in its current form, seriously undermine the spirit of Egypt’s revolution, in which civil society played such a pivotal role,” Pillay said. “It gives the Government too much power to regulate, monitor and restrict the work of civil society organizations.”  She urged the Egyptian authorities to withdraw the law which she described as “a potentially serious blow to the human rights aspirations and fundamental freedoms for which so many Egyptians have struggled for so long and at such cost.”

Pillay noted that freedom of association is under increasing pressure in many countries across the world. “Freedom of association is the lifeblood of NGOs,” she said. “Systemic legal or administrative attempts to curtail their activities can be very damaging.” The High Commissioner cited recent or proposed new laws and other measures in a number of countries which, to varying degrees, place new restrictions on the right to freedom of association, noting for example that in February provincial authorities in Zimbabwe ordered the activities of 29 NGOs to be suspended.

She also pointed to a proposed law in Cambodia that would allow the Executive to close down certain NGOs if their activities were deemed to “harm… national unity, culture, customs and traditions of the Cambodian national society.” There would be no appeal against such a decision. She welcomed the Cambodian Government’s commitment to subject the draft to further consultation and review.

In Algeria, a new law states that the object and goals of associations' activities must not be contrary to "national values." Should associations fail to comply with this provision, their applications for registration may be rejected. Should they "interfere with domestic affairs," they may be suspended or dissolved.

“Civil society actors help mobilize people to become involved in decisions that affect their lives. That is why the United Nations sets such store by their contributions, both in policy-making and in field operations, If their contribution is weak or restrained, the needs of ordinary people are too easily sidelined, and in particular the needs of the people most discriminated against in any given society.” Pillay expressed alarm at recent or ongoing attempts in a number of countries to tighten control over NGOs by restricting their sources of funding, and in particular foreign funding on which many very effective civil society organizations rely heavily.

In Ethiopia, several human rights organizations have been forced to close due to a 2009 law preventing associations from receiving more than 10 percent of their overall resources from abroad. Alsoo See our Blog for Film –“Ethiopia Terror Laws to Abuse Freedom”

In Belarus, an amendment to the Criminal Code was adopted in October 2011 by the Parliament, establishing criminal liability for receiving foreign grants or donations in violation of Belarusian legislation. It is believed this will substantively limit the operations of NGOs. In addition, a number of other amendments were introduced to at least eight other legislative acts which may further restrict the functioning of civil society organizations.

In Israel, the recently adopted Foreign Funding Law could have a major impact on human rights organizations, subjecting them to rigorous reporting requirements, forcing them to declare foreign financial support in all public communications, and threatening heavy penalties for non-compliance.

In Venezuela, in January 2012, a new Organic Law against Terrorism and Organised Delinquency was adopted by Congress, but has not yet been signed into law by the President. The law establishes a broad definition of “terrorist acts” that may apply to legitimate acts of social protest or dissidence. It also places NGOs under the permanent surveillance of a State organ and imposes restrictions on foreign funding.

And in Egypt, the authorities have been clamping down on foreign-funded civil society organizations, and the accompanying negative portrayal of Egyptian activists has led to them experiencing a surge in smear campaigns, threats and intimidation. According to Ms. Pillay’s statement: “Women activists in a number of countries, are particularly vulnerable to vicious smear campaigns, which are often deliberately designed to put them out of action. I find this particularly sad in the North African and Middle East countries where women played such an important and courageous role, alongside the men, in overturning or challenging their repressive rulers. It is vital, as these countries draw up new laws and institutions, that they do not do so with only one gender in mind and only one gender participating fully in the transitional process. Verbal and physical assaults on female members of civil society are one of the first signs that the process of reform is starting to go sour.”

“NGOs must be able to operate free from executive interference. They must be consulted and included in policy decisions, particularly when a state is undergoing major transformational or transitional processes. And they must not be penalized for criticizing or questioning state policies and processes. Governments need to understand that collaboration with civil society is not a sign of weakness. It is the way to build a better, more inclusive, society – something all governments should be trying to do, and something they cannot manage on their own.”

Pillay also pointed out that freedom of association is enshrined in a number of international human rights instruments including the Universal Declaration of Human Rights (Article 20) and the International Covenant on Civil and Political Rights (Article 22), which is a binding treaty that has been ratified by 167 states, including all those mentioned above.

Fortunately, in many countries – including some emerging democracies – civil society is allowed to function to the best of its ability, as part of a collaborative effort with government and international institutions such as my own. In Tunisia, for example, the UN Human Rights office is now able not only to establish a presence for the first time in its history, but also to build a close and vibrant relationship with both the Government and the country’s burgeoning civil society sector,” Pillay said.

“It is normal for there to be occasional tensions in the relationship between civil society organizations and the authorities, but it is unnecessary for these to descend into suspicion, antagonism or – on the part of the authorities – outright repression,” the High Commissioner said. “In the long term, there is nothing gained and a great deal that is lost when states attempt to stifle civil society.”

To further familiarize yourself as to how the UN Human Rights Treaty System Works, Below are Links to 3 Concise but Highly Informative Videos for Blog from UN: