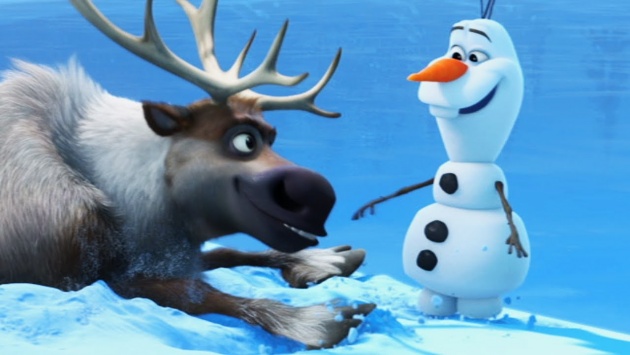 "Frozen" took the top spot with $31.6 million while "Catching Fire" fell to the No. 2 spot with $27 million in its third week of release.

The only major wide release of the weekend, Relativity Media's Rust Belt drama "Out of the Furnace" was not that hot either, managing only with a $5.3 million debut.  Starring Christian Bale, Casey Affleck, and Woody Harrelson, I don't think he Oscar-bait will walk down the Academy Awards aisle either (see my "Out of the Furnace" movie review below).

Meanwhile, at the international box-office, "Frozen" and "Catching Fire" continued to bring fire and ice box-office spectacle!  "Catching Fire" sold $44.3 million worth of tickets for a worldwide total of $673.4 million while "Frozen" brought in $30.6 million.

Here's the estimated Top 10 box-office films for the weekend of Dec. 6th: