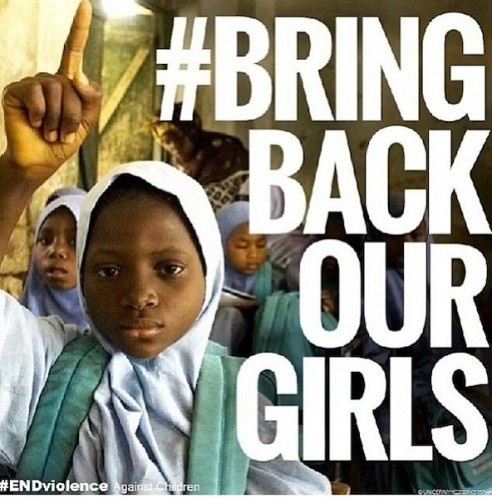 Recently, the leader of Boko Haram published a viral video mocking the social media campaign with his personal statements, "Bring Back Our Army" - in reference to the several Boko Haram members who have been incarcerated or killed. The leaders has stated that he will release the girls if Nigerian prisons confirm the release of the Boko Haram prisoners. Unfortunately, the government has stated that they will not negotiate with terrorist, and that an act by force is necessary in the rescue of the more than 200 Nigerian girls still missing.

Boko Haram's leader has stated that he has been commanded by Alah to sell the kidnapped girls. There have been reports that the girls are being forced into Islam and being sold to Boko Haram members as brides for $12.50 USD. Fortunately, 57 of the girls were able to escape either during or shortly after the incident occurred. The government listed reports that the school had been shut down a month prior to the attack as a result of deteriorating security issues. Members from various schools had been summoned to take their final exams in the school during the time of the kidnapping. Reports also state the government had 4-hours prior warning of the attack, but were unable to provide the proper reinforcements to prevent the attack. 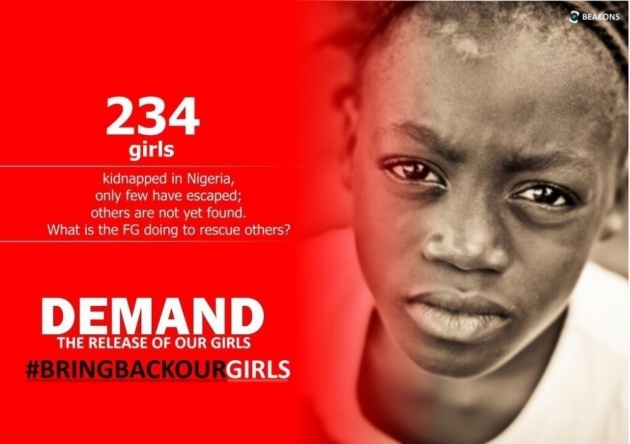 There have been major criticisms of the Nigerian government for not taking precessions to protect the citizens and end the Boko Haram terrorist attacks. Another outrage has occurred, regarding the racial contradiction of the incident. Many are stating that if the girls were European or African American and were in a location such as Europe, media coverage and support would be significantly more in-depth and involved. Sadly, in countries where catastrophic events from religious extremism occur often, the majority of the world doesn't take as much notice. It's very disappointing that people only react to situations that they believe could have happened to them. This ideology is in need of a paradigm shift.

We are all equal. We are all human beings. As a collective whole hold enough information and renewable resources to revolutionize world economies and environmental issues. Education is the first process for this development to manifest, and it starts with you! Please share this information with others, and participate in the conversations by using hashtag #BringBackOurGirls on all social media platforms.

Thank you for reading this addition of #AfricaNews. We cover important current events related to the entire content of #Africa. This particular story is very moving and important. No one should ever be kidnapped for any reason whatsoever, and the families of the missing girls need support in this time of worry and grievance. Please subscribe to Greater-Tomorrow on Film Annex at:

2 video created by me