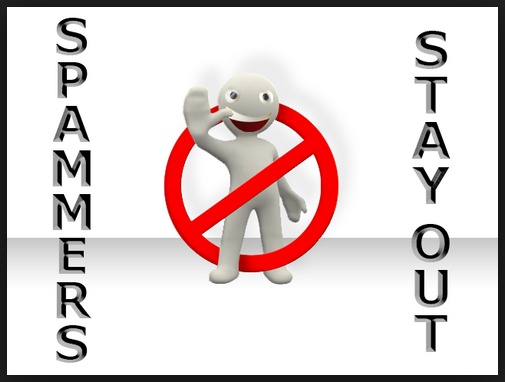 Before I planned to write this up, I promised myself that I won't be bitter. Well, I am bitter sometimes, but as others said, bitterness is next to ugliness (hehe at least you won't deem me ugly, I am trying hard not to be bitter but situations require me to be one). To tell you the truth, being a blogger is not that easy unless you really love writing, well, I love sharing, giving information and tutoring sometimes. In due to this eagerness to enhance my skills in writing and communication skills which I know that will help me in my future career, I luckily have the chance to showcase my ability to write an article here in bitLanders. But in this time, I am forced to entail negative content for a positive outcome.

As a blogger, I never really did imagine myself that I will disseminate information that will make other users out of the light, but throughout my stay here and being as active as I could, I can't help but to be unfavorably keen to remain not silent on what I have hardly observed and seen throughout other bitLanders users' posts and chats. Maybe this is the last time that I will write about bitlanders and spamming scenes, I hope you guys will help me eliminate those unfair users and make this site a friendly and harmonious site to stay with again.

BitLanders as a Paying Social Media Site and its RULES.

biLanders.com is a social digital platform where users are rewarded  by posting quality contents and being socially active. BitLanders  switched payments from bitcoin to bitmiles, there are some asking about what are bitcoin and bitMiles so I will answer it short here, bitcoin is a digital currency that will require you to use hot wallet, while bitMiles is a loyalty points that you can withdraw by using paypal or payza account. To help you understand what bitMiles Loyalty Points (BM) are worth, here is a point of reference: (Information from sir micky-the-slanted-salerno's blog entitled How bitMiles Loyalty Points Work ).

No doubt, bitLanders population is fast-growing each day, especially now that bitlanders is promoting this site itself by giving an initial 1$ for a newly user. And because the number of users are extremely fast growing, number of spammers are adding too. I will tackle later all about spammers and how to eliminate them. For now, let's know or review first the rules to be followed here.

It is good to see that admins are still here to guide us and to watch how we do on this site. Posting a blog about the rules is what makes me win back my enthusiasm to stay here. For those who haven't read Sir Micky's blog about the Rules to Follow on bitLanders To Avoid Suspension or Ban, here are the highlight contents to make bitLanders.com a better place to visit and to stay active.

Any of the following behaviors or action will lead to temporary suspension or definitive ban from the platform:

- Posting duplicated content copied from the web: NO pic galleries with pics that you didn't take yourself, NO video uploaded that is not yours, NO micro-blogs with quotes or pic that is not yours, NOT a whole blog not written by you. What you CAN do is embed a few pics and/or videos in a blog that are not yours but mention the source.

- Asking for buzz or sub deals on the chat or comments

Some are confused, because according to the second statement, there is a big "NO" for a copied content, but to make it more clarify, here is what ma'am Hillary Summer commented on my blog entitled The changes in bitlanders.com for improvements.

Another confusion runs into my mind when a certain user talked to me in private that saying he is worried that MAYBE my posts with emoticons are not allowed. At that time when he warned me, his conversation with sir Micky is quite alarming and so he deleted some of his posts because sir Micky said that he copied those posts on other media sites. And in accordance with their conversations, he warned me about the use of emoticons that everyone knows that those are from facebook and google. These are the common emoticons I am using in my posts. 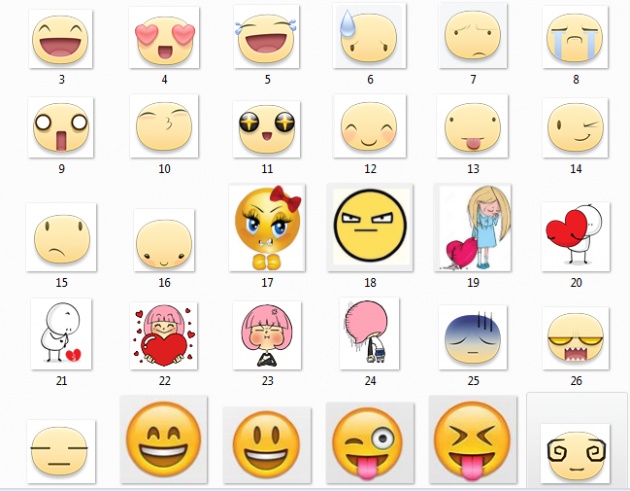 Images courtesy of facebook.com and google

Because I really want to use emoticons incorporated with my OWN THOUGHTS (original content), I sent email to Miss Jennifer Bourne, the one whom I always ask regarding to my queries on this site and she never failed to reply me immediately. I told her that I used emoticons every time I post because it adds emotions and meanings to my contents. Here is what she said in her message to me.

So here, I am safe for using those emoticons. Now, after clarifying things about the rules, let's go to the main topic I want to emphasize."GET RID OF THE SPAMMERS THAT MAKE BITLANDERS.COM SUCKS!"

Let's be frank. Not everyone here is fair. We have those users who only post numbers, repeated contents and commenting irrelevant to what we had posted. Here are  what a spammers always does. 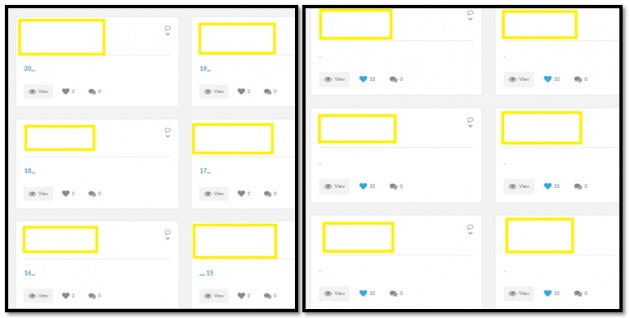 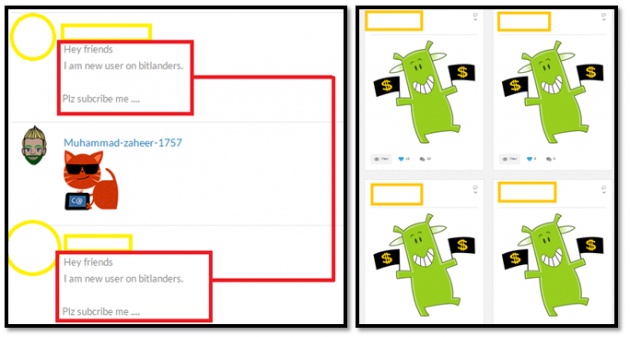 What is more alarming is that, spammers are not just contented with doing those on the above pictures. They also make fake accounts to buzz their own posts like in the picture below. 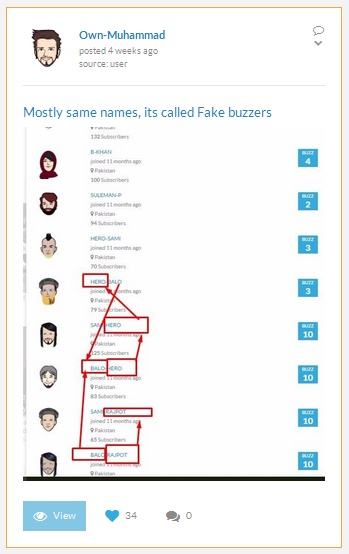 What to do to avoid and eliminate spammers?

Bitlanders.com is easy to use social media site, there are some videos on youtube you can watch to have a guide on how this site works like the video above. Here, all you need to do is to post quality contents and be socially active. And because bitlanders is about posting, some users only post spammed contents maybe because they just want to earn and not to interact to have new friends and enjoy at all.

I had an experience when one of my friends became a spammer, he posted repeated contents and irrelevant posts such as posting these characters " . , + ' " and etc." Because he is my friend, I told him to stop doing those because it is prohibited and he will be banned. I tagged him to make sure that he will able to read my comment.

Actually, I warned him twice, in private chat and in his post but he didn't listen and he continue doing that, so I stopped buzzing his posts. After sometime, he sent me a message saying that I am a cheater.( Ohhh! he has the nerve to say that when I already warned him twice.) The next move I made was to unfollow  him.

I unfollowed him to avoid seeing his posts on my homepage, but unfortunately, he still talks to me in global chat and in private and always says that I am a cheater. I told him to stop buzzing mine because I don't want buzzing back those who do spammed posts. And yes, I got a hater :P . Not just him, I unfollowed almost all users who always do spamming posts.

While buzzing some of my fellow bitsers, I saw jean-beltran posted on her micro blogs section about a certain spammer. She tagged LrY, one of the admins here who is responsible in technical issues. And that spammer has been banned here. So the other way is to report them.

I can say that this is the most effective way to eliminate them. Send a report email to the bitLanders Customer Service email address "cs@bitlanders.com". Just make sure to attach a picture of what a certain spammer did as an evidence.

BitLanders can be a good site to use again if and only if spammers will be out of the picture here. I know that they want to earn but all of us here want to earn too. What I am trying to point out is that, we should be fair not just to this site, not just to the other users but also to ourselves because it is more better to earn money with a clean conscience. We should be responsible enough to know and to follow all the rules in this platform.

^____^ I hope that you will help me eliminate them or even to change them by any chance.

Note: aside to the blog of micky-the-slanted-salerno, the content of this blog is my original work, PLEASE DO NOT PLAGIARIZE.

Video credits: WPMU DEV via YouTube It is no secret that I love to post blogs about travel, may it b…

The Golden Rules of Blogging

Before I started to write a blog again, I read hundreds of articles about blogging and the skills th…

Must Read: My BitLanders Blogging Workflow in Full Disclosure!

Image edited in Canva credits: Jean Beltran via bitLanders Hello, bitLanders community! It is no sec…