#GetGems messenger that pays its users! Available for iOS and Android

Billed as "the first messaging app that pays you", users earn GEMZ by helping to grow the network, with rewards of 25 GEMZ ( $0.37 ) given for every referral that generates a new participant. Additionally, 27,500 GEMZ are distributed to users daily, with users receiving a part of this amount proportional to the number of users they have invited to the network.

As the app is updated, users will have more ways to earn, including viewing in-app ads.

A token created on top of the Counterparty protocol, GEMZ are currently traded on exchanges such as BTER and Poloniex at a press time value of $0.01 per GEMZ.

After downloading the iOS app / Android, GetGems launches with an animation that showcases one of the messaging service's biggest strengths – its visual appeal. Before users can explore, however, there is a somewhat lengthy sign-up process.

Users first provide their name and profile picture and choose whether to allow the app to send push notifications or access their contacts. Next, a wallet PIN number is set and confirmed, a feature that is used to safeguard consumers from sending unwanted transactions.

GetGems then asks users to name who invited them to the service, should this be applicable. As part of this referral program, the individual would receive a referral award in GEMZ.

While GetGems is a redesign of the Telegram messenger in most respects, the novel features of the GetGems app are its built-in bitcoin and GEMZ wallets.

For example, by typing '1 GEMZ' or '0.01 BTC' in the messenger, users are able to quickly transfer value. After typing any value, the 'Send' button will change to a GetGems or bitcoin logo, which when tapped will execute the payment. This exchange does not work at present if users send added text as part of the message.

Users can toggle between BTC and GEMZ, displaying the value held in each of their GetGems wallets. Clicking on the paper airplane image in the top right allows users to send money by pasting a bitcoin or GetGems wallet address or by displaying a QR code.

On trial, we sent 0.0002 BTC over the app to a Circle address, the amount of which was quickly detected by the bitcoin blockchain and the wallet provider.

The GetGems app has a simple payments verification (SPV) client built in, meaning the wallet can access the bitcoin network through 'full' trusted nodes rather than connecting directly. According to the company, this removes the need for trusted servers while maintaining fast performance on mobile devices.

For privacy conscious users, it should be noted GetGems controls user private keys for in-app wallet addresses, crediting users for GEMZ that have been deposited. This makes transfers instant, but requires them to be completed off of the bitcoin blockchain. Password resets are also not allowed, as private keys are derived from the password.

The passphrase for accessing the wallet is encrypted locally on the device, meaning that funds can be spent only if both the phone and the PIN are compromised by bad actors. Further, after several failed attempts to guess the PIN, the server will lock the account and prevent decryption.

Going forward, GetGems is seeking to enable users to hold multiple GEMZ wallets on the app, a feature requested by larger crowdsale participants, and create a desktop application.

ShapeShift has added GetGems to our instant exchange. Buy/sell GEMZ on shapeshift.io no account needed 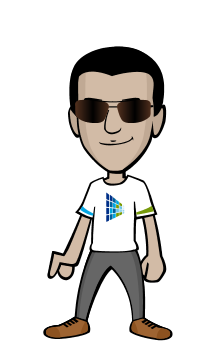