Girls a blessing or curse

This question is raised in every century in every corner of the world well Islam has answered this question and made a girl blessing. Before Islam Mountains of oppression were broken on women. In many tribes of Arabs these beauties were buried alive after their birth and in many area of world animals got more respect than animals but Islam ordered people   to be good with girls and said that with the birth of a girl God send 10 blessing to the family and take 10 misfortunes from the family fate

There are many ahadees (saying of prophets) in which He ordered people to be good with women. At one occasion Prophet (P.B.U.H) said “if u got a baby girl and u didn’t burry her and didn’t feel shame due to her and raise her in good manner then god will reward you with His supreme Blessings and will enter you in Heaven” and another occasion he said “if you bring something form market first give it to your daughters and then to the boys this makes ALLAH happy and HE look to the family with warmth and order HIS angels to send blessing on family” 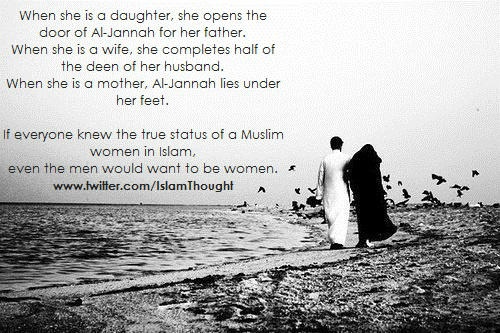 Islam is also the first religion of world who also gave permission to seek knowledge and choose the profession. God gave permission in these words that “Acquiring knowledge is obligatory to every men and women” and after these orders many women worked side by side of men and become immortal in Islamic history like   Afraa’ bint Ubayd , Asmā' bint Abu Bakr , Asma bint 'Umays, Fatimah bint Al-Khattab , Hamnah bint Jahsh, Khawlah bint Al-Azwar, Rumaysa bint Milhan (Um Sulaym) and  many more.

But now this is not the era of caliphate, now people do not think of women as a blessing of ALLAH and they do not allow them to have all rights which were given to them by ALLAH Almighty. People think of them as a burden. I have seen many women who were cursed by their family and were thrown out of the house just because they gave birth to a baby girl and have not blessed their husband with a baby boy. If ALLAH bless someone with a baby girl it seem to like that whole family goes in the mourning and people eyed them with pity like ALLAH has not blessed them but put the burden on their shoulders in the form of girl 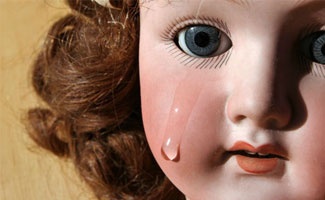 Today’s Muslims has forgotten what the Islam has told them and making a new history with his barbaric acts. If people before Islam will see what the today Muslim is doing he will bow their heads with shame. Everyday government passes new bills for the rights and safety of women but does nothing to implement them and Daughter of EVE is looking again for Muhammad Bin Qasim who comes and rescues them from the barbers….