Spam, lately being a trending topic on bitLanders. Since the increase in bitLanders users, spamming levels have also increased. Therefore, bitLanders party has announced new regulations regarding this spamming actions. You can read more details here: 'Ban for Buzz and Sub comments and on the chat'.

According to wikipedia, Social spam is unwanted spam content appearing on social networks and any website with user-generated content (comments, chat, etc.). It can be manifested in many ways, including bulk messages, profanity, insults, hate speech, malicious links, fraudulent reviews, fake friends, and personally identifiable information.

Under bitLanders new regulations, spamming is posted comments asking or begging for Buzz and Sub and also chat about asking and begging Buzz and Sub. For example: Buzz me, Sub me, Buzz me back, Sub me back, etc.

On this blog I will share stories about the spamming that happened in the Global Chat and bitLanders new regulations about English-only in Global Chat. 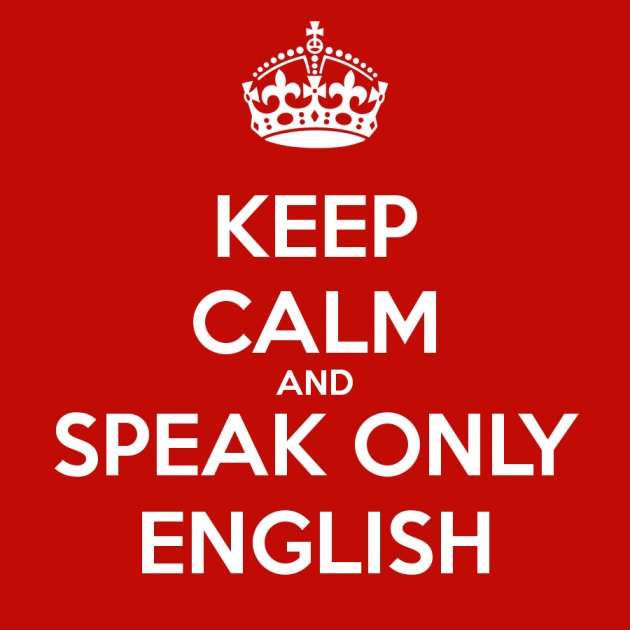 To reduce spamming in Global Chat and also reduce the spamming of Buzz and Sub, bitLanders also has issued new regulations that only allowed to use English for conversation in the Global Chat.

I think this way proved to be effective in reducing spamming in Global Chat. Before the existence of these rules, users who do Buzz dealing usually use the language of their respective country or use language that contains a secret message such as bees, tees, etc., which means that they do Buzz exchange in a certain amount to replace the word 'Buzz me'. 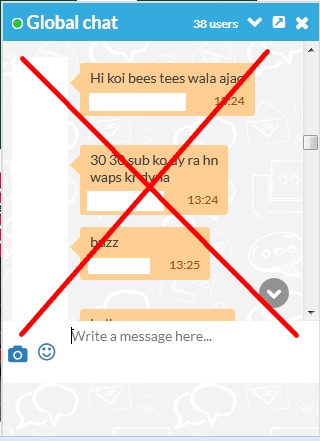 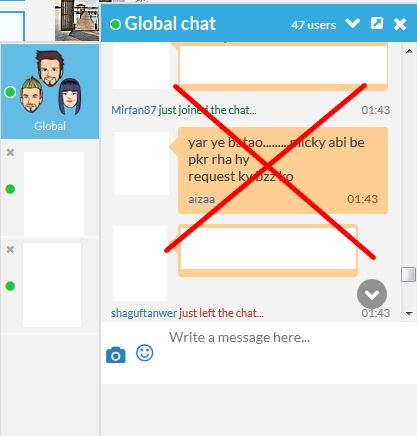 I also had a conversation with haraka regarding this issue before, and I've said that maybe the use of English language in the Global Chat is the best solution, and it turns out it was true. While not denying that the Buzz dealing are still common in the Global Chat and through Private Message (PM), at least, it has been reduced now and not as severe as before the existence of this new solutions.

With the use of English-only rule, bitLanders party could be more easily in control of anything in the Global Chat. However, humans are smart and creative, they are now using the secret word such as pizza, lipstick, delivery, etc. for Buzz exchange among users.

Here is what Micky said in his blog 'The Public Chat becomes English-only' :

Following the previous news about banning users from the platform for spamming with buzz/sub requests, we are now making the Public Chat an English-speaking only zone.

Users who will use another language on the Public Chat will be muted for a specific amount of time. This will allow us to monitor the Public Chat more efficiently and encourage conversations.

If you wish to converse in another language, you can use the private chat. 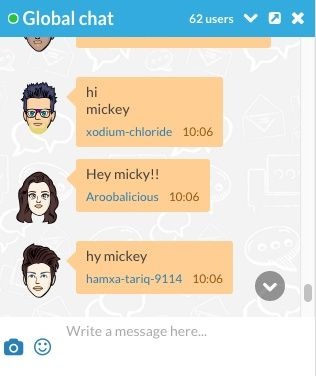 Although this rule has been applied but I think there are still some shortcomings and loopholes that can be used by the user to do Buzz exchange in the Global Chat.

The weakness is the absence of bitLanders party that oversees the Global Chat 24 hours a day, so they can freely remain in violation of the rules and spamming. If Micky not online in the Global Chat, spamming and begging like Buzz me and Sub me still often the case, because no one is watching them. I once asked Micky whether he or bitLanders party always watching over users in the Global Chat, he said yes, that they would always be supervised all the conversations in the Global Chat. But the reality is not so, they just oversee and give the punishment when they are online only, and that's only briefly. They just online no more than one hour and monitor only briefly. So when they go away or offline, spammers will be back in action do the Buzz exchange in Global Chat. 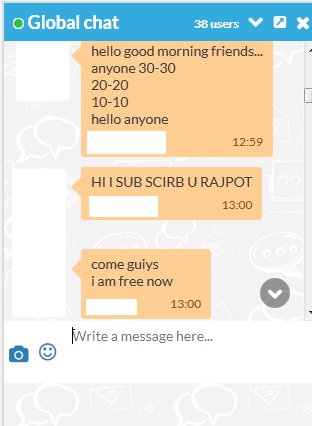 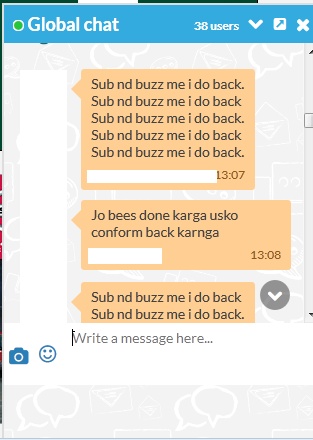 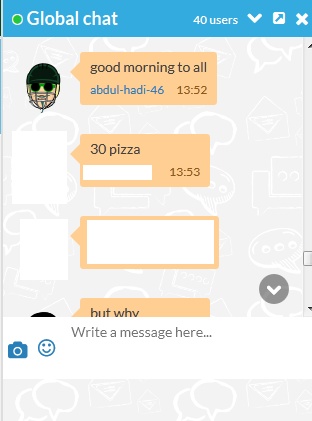 A bit of advice from me to overcome the shortcomings of the above is the need for a Global Chat admin in representing each country to monitor the movements of Global Chat and what is discussed in it. Admin must be given access rights to block users who violate or infringe the rules within a certain period. Therefore, Global Chat will be more controlled and cleaner from spammers. 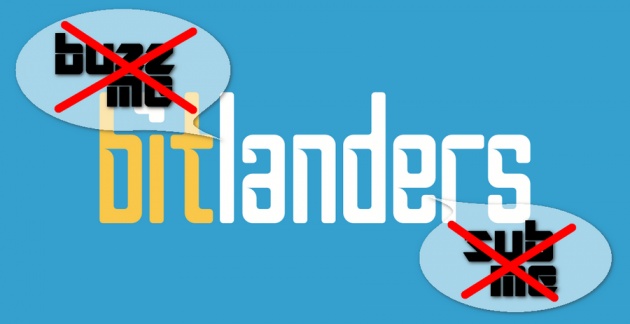 In addition to the weaknesses and shortcomings I mentioned above, there is another weakness that can not be avoided. This is the way that is now often used in exchanging Buzz and  Sub in the Global Chat, namely via Private Message (PM). Because the PM is personal and privacy so bitLanders party can not monitor what the users are talking about in the PM.

Video: How to do buzz and comments

I've also been asking regarding this problem to Micky and as I said above he could not prevent themselves had Buzz deal via PM. Micky only advised to report the user who commit such acts and of course accompanied by evidence. Here is Micky's answer: 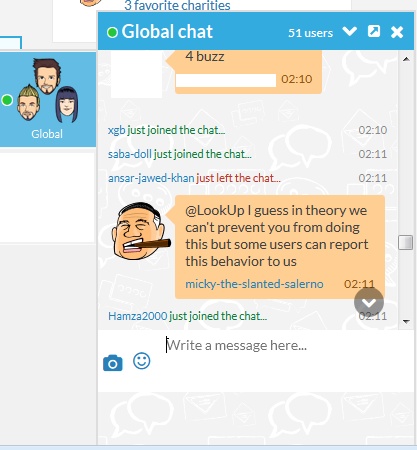 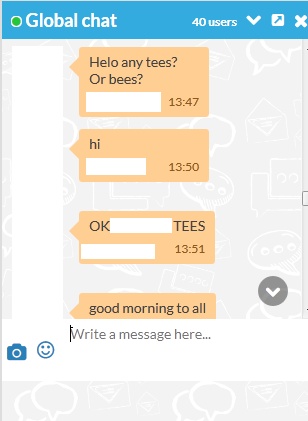 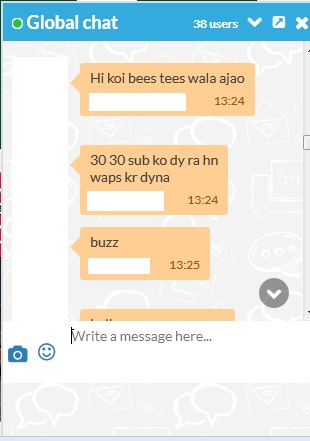 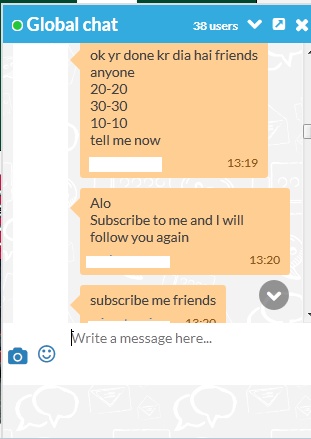 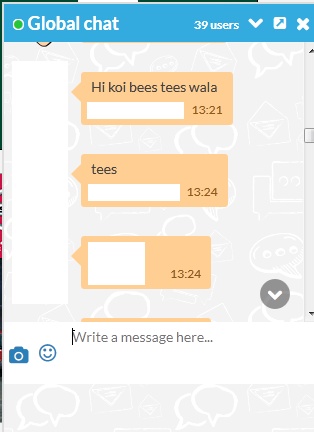 I doubt it,t if there is someone who report users who do Buzz deal via PM. Because even today Buzz deal via PM still continues, and even a top user on leader board also did something similar. And honestly, I sometimes still respond to those who frequently ask for Buzz via PM. I ever respond to a user who asked Buzz to me via PM and I reply to him by providing links to blog about the new rules that prohibit the buzz deal. He responded, that one of the top user told him (I can not say the name for the sake of convenience) that Buzz deal through the PM is not prohibited. Later, I reply by saying that it is true it is not prohibited, but the Buzz deal via PM still a wrong act, and maybe there will be someone who report what you are doing. Then he just silent and went offline. Lol

Sometimes, I also reply to their requests by giving some Buzz on their post because I feel sorry and I cannot bear to ignore or when I'm in hurry and need Buzz quickly. And yes, sometimes I also do not respond to their requests and immediately closed the conversation tab with them.

I think it will be difficult to eliminate the habit of this Buzz deal through PM. A bit of advice from me if you got a PM from someone who requested a Buzz or a Sub:

With some of the tips above, I hope that little by little spammer in this bitLanders will be reduced and made bitLanders a comfortable place, cleaner and with better quality. 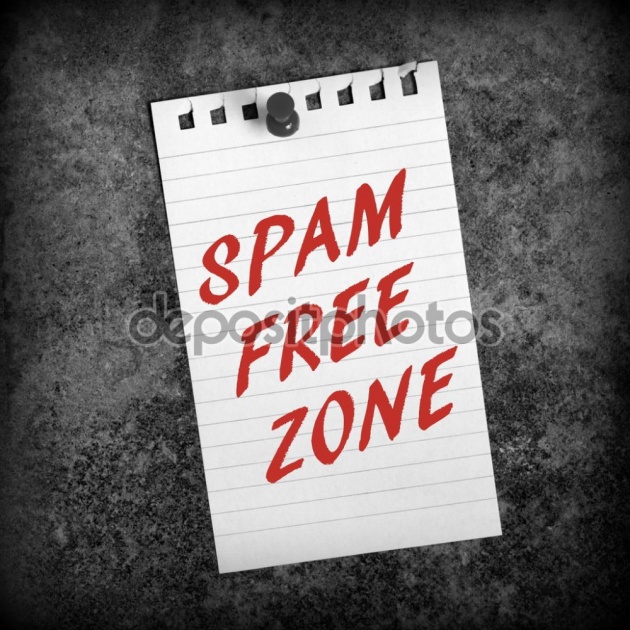 Let's make bitLanders be a comfortable place, free of spammers with become a good and qualified user.

Note: For the sake of convenience, I deliberately cover up the name of an existing user in the screen shot. :)

Thanks all.
Regards: LookUp^^