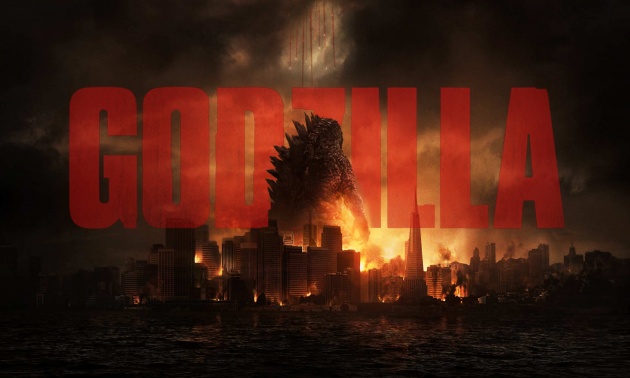 The king of monsters sees his first REAL American release. Lets face it, that 1998 version doesn't deserves the name "Godzilla". In this new version the filmmakers were able to: 1) Explain the Godzilla phenomenon in a "realistic" manner, 2) Create a dramatic arc that we can identify with as an audience (though the central characters) and 3) blow our minds up with incredible fight and destruction sequences.

Also, it became even clearer to me that Bryan Cranston is really an exceptional actor. Its brilliant when an actor sells a good written character to us, but it takes an exceptional actor to sell to us a poorly written character in the way Mr. Cranston does. Because lets admit it, the script isn't the strong point on this movie. If without a doubt the formulas are well done, we didn't came to see an Oscar winning drama, we came to see monsters destroying cities!

The plot, the cinematography, the score and the special effects where all top notch. The music seems to be highly influenced by the old classic b-monster-flicks because it sort of has that vibe, but with a modern touch. The fight where truly amazing and the suspense was nicely built.

Now, there are some negative points too. The build of the suspense vs the conflicts, seemed unbalanced to me. In other words, too much suspense and little action. Also, the director overused the resource of cutting to another shot right after the conflict starts to try to keep the suspense. It was O.K. the first time but its one of those tricks that you can't repeat twice because the audience already knows. Another aspect that many people complaint about is the fact that Godzilla has little screen time. I agree with this.

Despite these short comes, the movie is very entertaining and I didn't notice the 2 1/2 hours of length. Its an excellent reboot for the Godzilla franchise and I hope to see a second part.