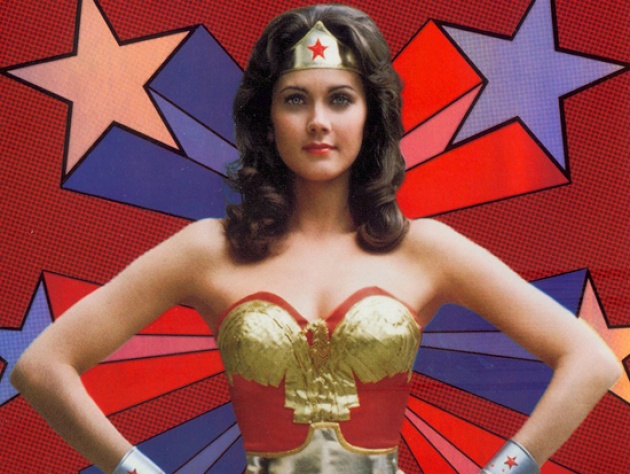 The success of "Man of Steel" has been so great for the DC Entertainment folks that their chief, Diane Nelson, in an interview with the Hollywood Reporter, revealed that more DC comics superheroes may be flying towards the big screen!

And with the success of Superman, isn't it about time we talk about Wonder Woman?  After all, when I interviewed director Zack Snyder for "Man of Steel," he told me that the materialization of a "Justice League" or a "Wonder Woman" movie all depends on the success of the Superman flick.  (See my original interview with Zack Snyder below)

And boy, all the world is waiting for Wonder Woman and all the powers she possesses.

But a "Wonder Woman" movie may soon come!

According to Nelson, "Wonder Woman" is one of the top three priorities of DC and that "she is such an icon for both genders and all ages and for people who love the original TV show and people who read the comics now."

Yes, she is!  I love "Wonder Woman" and all its incarnations -- okay, maybe not the failed NBC pilot starring Adrianne Palicki where she was turned into a cosmetic businesswoman.  Yeah, it sucked!

But I do love, love, love Lynda Carter!  SIDENOTE:  I professed my love to Miss Carter and her "Wonder Woman" show when I interviewed her for "Sky High" and to this day, she remembers me every time I bumped into her at press junkets and red carpets -- the oggling, giggling fan.  HA!  And she remembers my name!  Do you know how fantastic it is for Wonder Woman to call you by your first name?  Yes, i'm blessed!  Wonderfully blessed!

Heck, I even enjoyed the animated take on the origin of Wonder Woman where Keri Russell voiced the superhero.

And we can only imagine what could have been -- the Joss Whedon "Wonder Woman" project that was shelved by DC!  They're probably kicking their booties right now after seeing the director's marvelous "The Avengers."

But according to Nelson, they are trying to make it right, to make sure the big screen "Wonder Woman" movie has the right tone, so maybe, Whedon's vision was not aligned with DC.

Here's an excerpt of her interview with The Hollywood Reporter:

THR: If it were up to you, what five characters or titles would you like to see on the screen?

Nelson: Sandman is right on top. I think it could be as rich as the Harry Potter universe. Fables.Metal Men. Justice League. And yes, I'm going to say it: Aquaman.

For now, let's hope and pray for the best!  Maybe we'll see a "Wonder Woman" in this generation...maybe.

Here's my interview with Snyder: