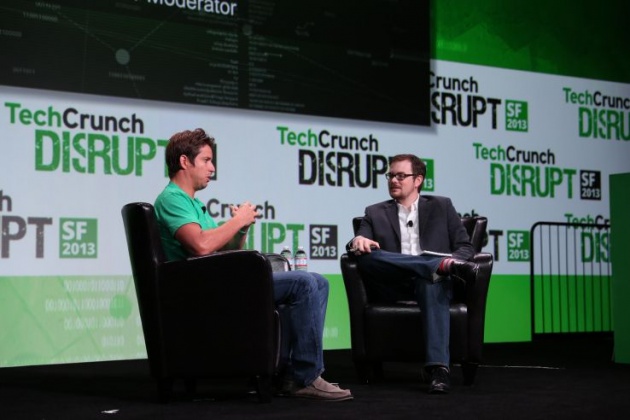 The last time GoPro CEO and Founder Nick Woodman stopped by Disrupt SF, the company had yet to go public, the Hero3 had just been announced and VR was still a thing of the future. We’re excited to announce that Woodman is returning to Disrupt SF and there is plenty to discuss.

Woodman started GoPro in 2002 on the back of a loan from his parents and the proceeds from selling beads and belts from his VW van. The company has since grown into a global obsession and publicly traded company worth north of $6 billion. But success is not guaranteed. GoPro is constantly facing new challenges and competitors.

Action cameras like the items GoPro sells are quickly becoming a general consumer electronic good where they were once the objects of only extreme sports athletes. Now as parents and teens are buying into the cameras, nearly every company from Sony to Polaroid makes a model that competes with GoPro. It’s up to Woodman to navigate his company through the competition.

Recently GoPro made moves to expand its business outside of just selling cameras. Back in April the company acquired a VR software maker and announced several products that will make using GoPro cameras easier to capture VR footage. GoPro also unveiled a stock video portal to allow content creators to sell footage directly to advertisers and media outlets.

Yet GoPro isn’t conceding the action camera market to cheap knockoffs. In 2015 alone, the company announced two new cameras, the inexpensive GoPro Hero+ LCD and the GoPro Hero4 Session, the company’s first redesigned camera in years. And a drone is coming 2016.

We’re excited to have Woodman return to Disrupt. GoPro is an excellent example of a bootstrapped company making it big and Woodman has plenty of advice to give. He joins other notable founders including Dropbox’s Drew Houston and Zenefits’ Parker Conrad.

How To Make CentriPhone This is vidio how to make centriphone..!!! And here it is example the re…

We are going to have local artists paint this wall. It will be full of Local artists twist on the St…

Slickis a new GoPro accessory launching today with anIndiegogo campaign. Instead of attaching your G…

If youre interested in extreme sports, chances are you own aGoProand use it to film your sick moves.…