Gotham is an American TV series that first aired on Fox last September 22, 2014. Its genre is classified as a combination of action and crime-drama genre. Gotham is currently on its second season. The first season contains 22 episodes – the last of which was aired last May 4, 2015. The show was well-received which mainly pushed for the renewal of its contract for another season.

Season 2 is also slated to contain 22 episodes – the first of which premiered last September 21, 2015. Please note that as of writing time, 11 episodes was already shown for season 2.

The show was developed for Fox by popular English screenwriter and director, Bruno Heller. Gotham is principally filmed at New York City and the show’s musical score is composed by Graeme Revell. Graeme Revell is the same musical genius that provided the score for popular films such as From Dusk Till Dawn, The Crow, Power Rangers, Sin City, and many more.

Why does “Gotham” sounds familiar?

When hearing the word Gotham, some people may quickly associate it with Batman. This is quite understandable because Gotham is actually the name of the fictional home city of Batman, the popular caped crusader.

The Batman franchise is known all over the world and can be considered as a global phenomenon because its license has expanded to different media and merchandise (movies, cartoons, video games, toys, apparel, etc…)

However, it is important to note that the franchise originally started out as an American comic book series that is exclusively publish by DC comics. Batman’s character was created by Bob Kane (the comic’s artist) and its writer Bill Finger. His first appearance was on May 1939 on Detective Comics issue 27.

TV Series Concept and Difference with other Batman Storylines

Even though Gotham is the fictional city of Batman, does this mean that it is an adaptation of one of Batman’s storyline in the comics or one of it films? Interestingly, it is not.

The Gotham TV series is an original concept. In fact, even though it is Batman’s home city, the caped crusader will never appear on any of its episodes. Instead of expecting for Batman to show up, think of the TV series as more of a Jim Gordon show – the veteran police detective of GCPD (Gotham City Police District) in the official Batman universe.

James “Jim” Gordon is one of the main characters of the Batman universe and a close friend of Batman.

A drawing of Jim Gordon in the Batman comics

After seeing a couple of Gotham’s episodes, one can say that the plot of the TV series is to:

-- Highlight the younger years of Jim Gordon (his rookie years in the police force, how he started out as a detective, etc…)

-- Develop the backstories or history of certain characters involved with Batman (so far, many of the characters introduced in the show are enemies of Batman)

Some diehard Batman fans may think of the show’s concept as sacrilege to the franchise canon – this may not be entirely true. Aside from getting the approval of key persons directly involved in running the Batman universe (obviously, the show will not materialize without their go signal), the show’s storyline was well written and the phasing of the story is timed just right. Plus, the show will give limelight to other lesser-known characters like Hush, Dollmaker, Calendar Man, etc…

A depiction of Hush in the Batman comics 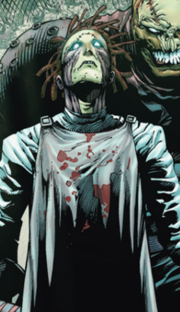 A drawing of DollMaker in the Batman comics

How did the show started?

The show kicked off with a murder investigation – the murder of Bruce Wayne’s parents. Bruce Wayne is Batman’s secret identity. In the Gotham TV series, Bruce is still a kid which explains why Batman will never appear in the show.

Investigation on the deaths of Thomas and Martha Wayne (Bruce’s parents) is assigned to rookie detective James Gordon, together with his partner (Harvey Bullock). The murder was considered as a high-profile case since the Mafia families of Gotham is seemingly involved. Additionally, the Wayne’s is considered as one of the city’s elite and rich families.

As the TV show and story progresses, detective Jim and his partner will encounter other prominent characters of the Batman franchise.

The portrayal of the characters is one of the positive points of the TV series. Naturally, the Batman universe has legions of fans – and these fans, seeing their favorite characters portrayed excellently in the TV screen, is a huge factor for the success of Gotham.

Having said this, it is just right that we showcase key actors and actresses who skillfully played their parts in the TV series. Listed below are prominent characters in the Batman universe that has appeared in the TV series

Let us start with the star of the show. In the recent Batman movie series, the character James Gordon was played by renowned actor Gary Oldman. Of course, the show producers and casting crew just wouldn’t get any actors – they have to be picky as Gary Oldman’s portrayal is a tough act to follow. Thankfully, Ben McKenzie did justice on his character. You may also recognize McKenzie in other popular TV series such as The O.C and Southland.

Harvey Bullock was always seen as a hard man in the Batman universe – a trait that was continued for the TV series. Bullock is known as an honest cop but can be somewhat vicious against suspects and criminals. The actor (Donal Logue) is a great selection to play Bullock. You can see for yourself with the photos below (it is highly likely that you may recognize him as he has been in numerous films and TV shows since 1992)

A clip of Bullock standing up for his partner Gordon 14-year-old Mazouz was chosen to play the role of young Bruce Wayne. Even though the actor has starred in a couple of TV shows and films, many believes that his role as Gotham’s young Bruce Wayne is the biggest yet of his career.

Since Bruce is still a kid on the TV series, it quite a given that our favorite butler Alfred will also on the show. Alfred’s is just as important as any others since he is the one who took care of Bruce after the murders of his parents. Anyway, Alfred is played by the same person who narrates Masterchef – Sean Pertwee

Selina Kyle’s alter ego in the Batman franchise is none other than Catwoman. Catwoman’s view of justice is quite unclear. Sometimes, she is on Batman’s side while there are times that she is considered as a villain. In the TV series, Selina is not yet a Catwoman. She witnessed the murder of Bruce’s parents and has befriended Bruce.

Clip of Selina and Bruce 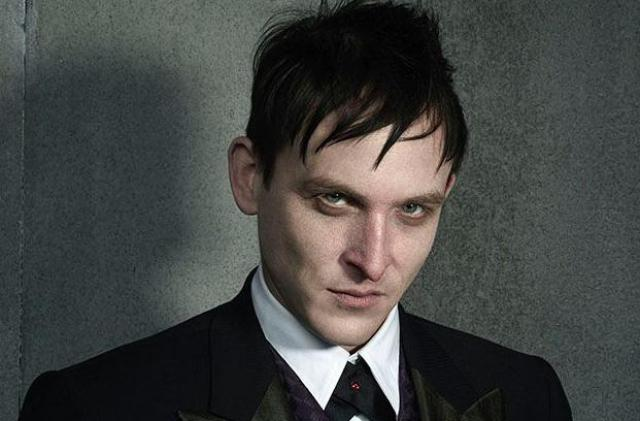 Penguin is one of Bat’s most notorious enemies. However, in the TV series, his backstory was somewhat changed. In the show, he used to be an underling of Gangster Fish Mooney and serves as an attendant in one of her nightclubs. It was also revealed that he is a secret informant for the GCPD (Gotham City Police District)

One intense scene of Cobblepot

Riddler’s history was also changed for the TV series. In Gotham, he was a former coroner and forensics for GCPD which eventually gave into the dark side after constant mistreatment from his officemates and consecutive unlucky events.

A shocking scene of Nygma killing another character

Mr. Freeze’s story in the TV series is one of the few whose backstory is similar to the official Bat universe. His character is played by the same secret agent in the show House of Cards.

Ivy Pepper’s alter ego is Poison Ivy. In the TV series, her father was framed for the murder of Thomas and Martha Wayne. Because of which, her father was locked up and her mother ended up committing suicide because of it.

Both seasons of the show was well received by television viewers. The show attracted an average viewing audience near the 1-million mark in major sectors like UK, Australia, Canada, etc…

That’s just about it. Gotham is a good show for both Batman fans and non-Batman fans. However, if you belong to the former, be sure not to confuse that the show’s plot with the official one from the Batman universe.

52 Films by Women Vol 5. 15. Birds of Prey and the Fantabulous Emancipation of one Harley Quinn (Director: Cathy Yan)

GHOST IN THE SHELL Movie Review: How to Stay A Human In The Cyborgs World

GHOST IN THE SHELL: Movie Review - Photo credit:hdqwalls, edition by Amber255 via bitLanders The fut…