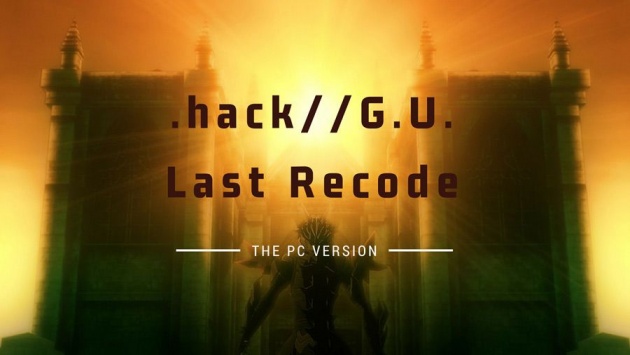 I've been a little busy these past few days trying a game that I've wanted to try for long, long time. A long time, as in ten years or so. The game is .hack//G.U., and more specifically the Last Recode edition for PC. It came out last year, but I was waiting on the price to drop during one of the Steam sales. Now, I finally own it.

My own personal history with the .hack franchise

This is one of those weird stories, I suppose: I was a fan of a game I never played!

I first discovered the .hack (pronounced "dot hack") franchise through the .hack//SIGN anime, which I didn't find terrific at the time in terms of storytelling, for reasons I understood later. Nevertheless, although that series was slow, I fell in love with the music, composed by YUKI Kajiura, and found the theme of players trapped in a MMORPG interesting. Also, the game looked beautiful, with awesome landscapes.

(There's another anime, .hack//ROOTS, which is the prequel to .hack//G.U.) 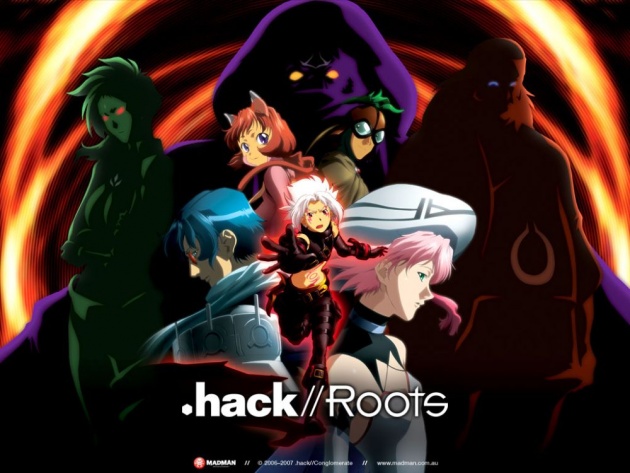 I kept an eye on this, and later realised that these were actuallyvideo  games. I was specifically interested in:

And then I understood why I had trouble with the anime series, both SIGN for .hack//IMOQ and ROOTS for .hack//G.U.: you have to watch them on top of the games, to help you piece some things together. Same goes with the manga. Once you know the main story, getting more details about the characters and their back story becomes so much more interesting. For instance, you can understand better why the protagonist in G.U. is so intent on getting revenge for his friend in the game. 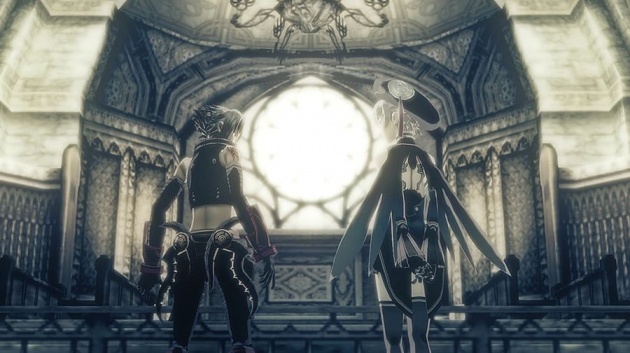 Image credits: Haseo and hino in the Hulle Granz Cathedral, by Naotalba

I haven't read the IMOQ light novels yet, though. I do hope that once I do that, it'll be akin to playing the game, since this one hasn't been converted for PC at present.

My relationship with the game

So, ten years ago, roughly in the spring of 2008, I went back to searching for info about the games. I couldn't play them, since they were only out on PS2, and I had neither the time to play, nor the money to get the console anyway. Still, I checked the .hack wiki, I looked for videos and "Let's play" on YouTube, I listened to the music... It wasn't like playing it, but it was better than nothing. It even influenced a pen and paper RPG campaign I was working on at the time! All this for games I hadn't even experienced by myself.

Now  you see why I've been playing this week, instead of blogging... 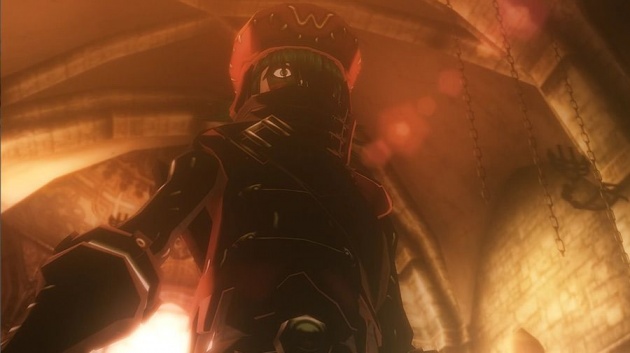 Image credits: Tri-Edge by Naotalba
(I was so intrigued by that character at the time!)

A word of warning: I'm only on volume 1. So, while I do know the overall story, I can't comment on the other three volumes yet.

The storyline is pretty complex if you consider all games, anime and manga put together. I'm not going to tell it here, since it'd be terribly long. If you don't mind spoilers, feel free to head over to the wiki to which I linked  above... or to watch the following Let's Play:


G.U. focuses on Haseo, an Adept Rogue character nicknamed The Terror of Death (Shi no Kyōfu). He's well-known in The World R:2 for being a PKK (player killer killer). In other words, he looks for people who have fun targetting and killing other players' characters, and gives them a sweet taste of comeuppance. The reason? He's been looking for a mysterious PK (player killer) named Tri-Edge.Months before, Tri-Edge attacked Shino, Haseo's best friend (girlfriend?) in the game, destroying her character. Since then, for some reason yet unknown, she's been in a coma in real life. No wonder Haseo wants to get revenge on her behalf. 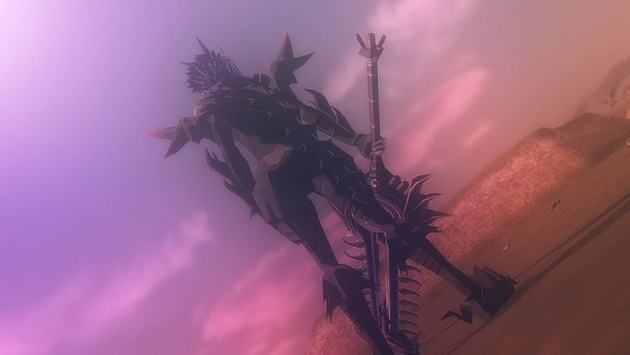 Image credits: The Terror of Death by Naotalba

In the game's introduction, Haseo at last gets a clue about Tri-Edge's location, and goes to confront him. Alas, even though he's powerful in game against other player killers, Haseo is no match for Tri-Edge, who destroys him just like he did Shino. Except he doesn't "die": his player is still awake, and the character has been reset to... Level 1. (And now he has to go back in game as a "n00b", where all those PKs he happily killed before are all higher level than him. Oopsie?)

This is where you, the player, takes control. You both have to level Haseo, and to take him through various encounters in the game. Gradually, you'll unveil the deeper plot, involving anomalies in the code, and a group of players whose characters hide a strange power. 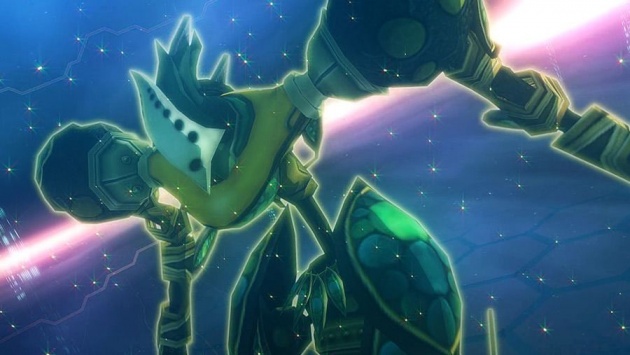 First thing first: if you're a PC gamer who only plays using a keyboard and mouse, good luck. I tried to do it; I soon realised that I'd be much more comfortable with a PS controller. The controls aren't too complex, but you need to have good timing for combos during fights, and I find this awkward with a keyboard.

Movement is easy (you can't jump, though), and combat involves the following actions:

Awakenings (覚醒) are special attacks in the .hack//G.U. games that can be performed when the Morale bar is full. The bar can be filled by performing Rengeki attacks with other party members that are alive to bear witness, fulfilling other conditions and actions that party members like, and/or by performing Hangeki in the Arena. These attacks, for the length of their duration, strip the enemy of equipment effects and any abilities other than walking, rendering them helpless to whatever onslaught they may face. They also cure any status ailments affecting the living members of the party using the Awakening, that they may have had prior to the attack.

— From the .hack wiki


Video credits: Combat in .hack//G.U. by IGN via YouTube

Mid-game or so,  you get to fight in the Arena, which is a controlled, sanctioned way for players to fight other players (instead of PKing them in a corner). It's somewhat different from fighting monsters, since these players can also use skills and Rengeki, so you need to remember that, and counter them whenever possible.

When you log out of the MMORPG, you don't get back to your own desktop, but to Haseo's desktop. This is where you can check your e-mails, read the game's forums, look at the wallpaper and video bonuses you get when playing, and even read the news. Haseo's a bit of a jerk in game, and interactions are often tense, to say the least. Fortunately, you can make him behave more nicely here, outside of the game, in the way he answers e-mails or posts in the forums. This nets you affection with the other players. 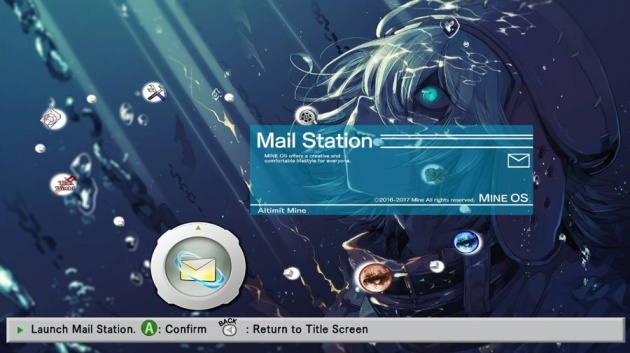 I quite like this section. The first time I launched the game, I went through the introduction... and then spent 2 hours reading the news and forums! Some of these aren't essential at all to the game, but they give it flavouring. Also, .hack//G.U. being set in 2017 (it came out in 2006-2007), it's funny to see what kind of near-future the developers had imagined at the time.

This is only available later in the game, so I haven't tried it yet. Crimson VS is a game within the game, involving card decks (think Magic: The Gathering and similar games). You can read its forums, and I think it's unlocked in volume 2 (Reminisce). 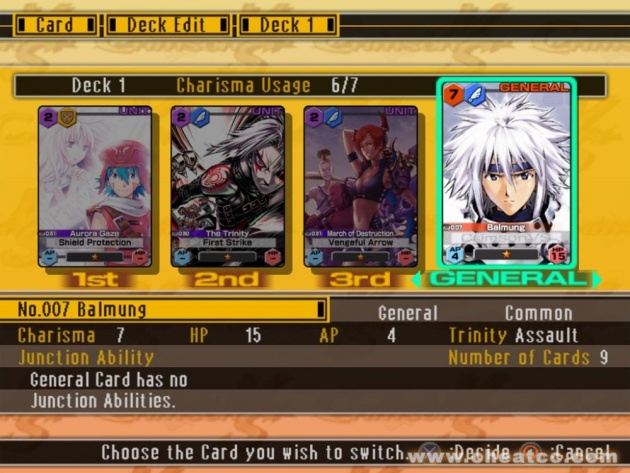 Image credits: Crimson VS via CCC

Between a RPG and an MMORPG

I've played both JRPGs and MMORPGs. hack//G.U. is between both, with MMORPG features such as joining a guild, talking and trading with other players, forming a party to go on a quest, etc. Of course, it's not an MMORPG, so it's limited in that regard.  The "players" you meet are all NPCs (Non-Player Characters), and not actual players. Nevertheless, I found this fun.

The game is slightly dated in terms of 3D and animation, even remastered. This said, I don't find this to be a problem. The dungeon areas' graphics are beautiful, the cinematics are really cool to watch, and the design in general (characters' clothes, etc.) is of the kind that I find inspiring to draw. 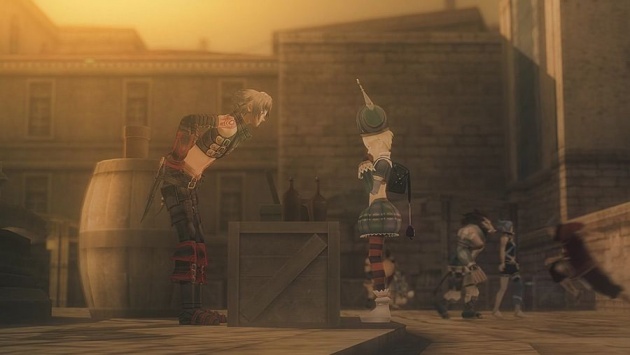 The game hasn't been difficult so far. I thought it'd be harder, but I think the PC version was made easier in that regard. For me, this is a good thing. I don't have that much time to play, and I'm here for the storyline, so having to retry ten times for every little thing is annoying. However, if you're looking for a very challenging game, then I don't think G.U. will  fit the bill.

I expected having to grind a lot. So far, in volume one, what I had to do to level up was OK in my book. 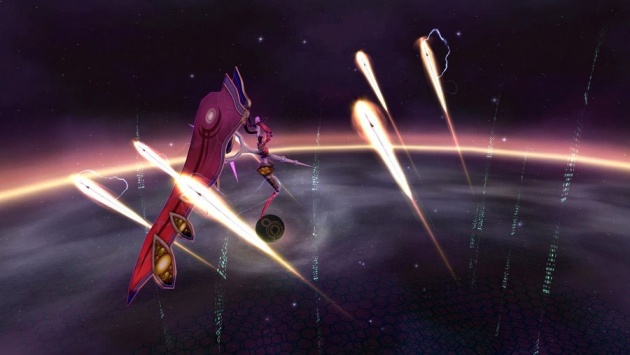 There is so much more I could tell about this game, only if I did, I'd spoil its story majorly.

It's currently -50% off on Steam, which is worth grabbing, I think.