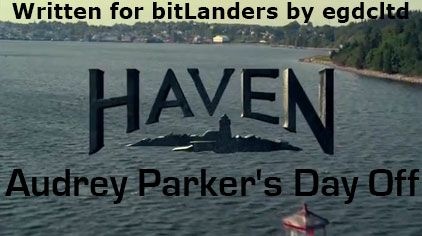 "Audrey Parker's Day Off" is episode six of season two of Haven, a supernatural drama series loosely based on Stephen King's The Colorado Kid. In this episode Parker, on her day off, keeps living the same day over and over with events slightly changed. 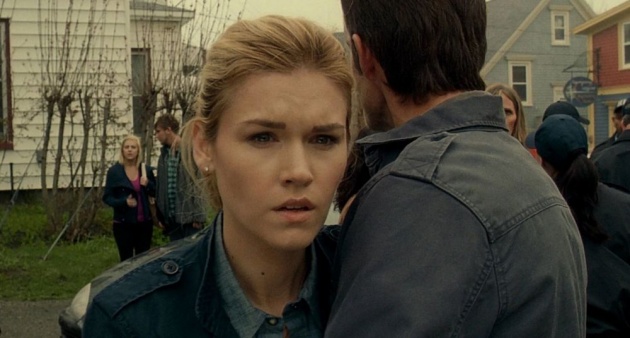 School Career Day - The Takedown of a Drug Cartel

In the previous episode, "Roots", Parker got together with Chris Brody (Nathan left it a bit late to do anything). Now, as can be guessed by the title (which is probably a play on Ferris Bueller's Day Off as well), this is her day off. She just has one piece of official police business to do - career day at the school. Her subject matter - about the takedown of a drug cartel - was possibly a bit excessive for the age of the class. Chris has made plans for her day off, but Parker gets dragged into another piece of business. A kid was hit by a car.

The Parker wakes up again, exactly as she did at the beginning of the episode. A premonition? Events start unrolling in a very similar manner, only altered to a degree by her previous experience. Nathan thinks someone Troubled is doing it, which explains why Parker isn't affected, because she isn't affected by Troubled people. So she wants to save the child who gets killed. Which would be easier if she knew who it was and how they died. Only this time around, it's Duke that dies. Then she wakes up, yet again. 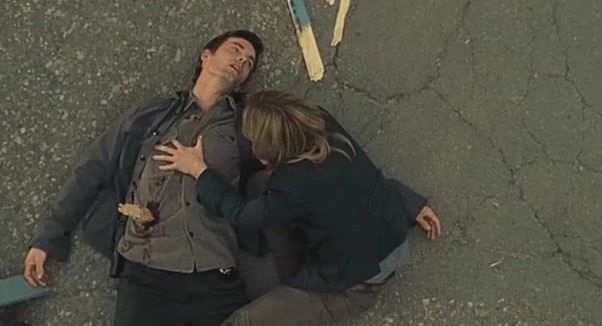 Somehow she has to try and fix things without getting someone different killed. It seems there's a hit and run driver; which means no-one has seen the car. The next time it's Nathan who dies. At least he gets a description of the car.

Parker is replaying the same day over and over again, but her injuries don't heal between replays. Yes, there is a reference to Groundhog Day - Nathan refers to his second favourite Bill Murray movie.