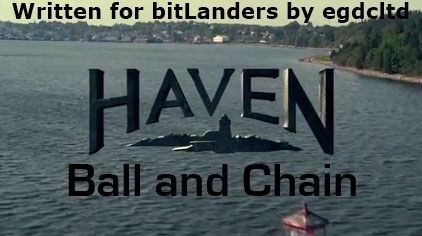 "Ball and Chain" is episode five of season one of Haven, a supernatural drama series loosely based on Stephen King's novel The Colorado Kid. In this episode, people start aging unusually fast or getting younger and Parker continues to look into Lucy.

The brothers, Vince and Dave, who run the Haven Herald are fishing and sketching on the dock when one of them catches a dinghy. When they reel it in they find some old, stinky lobsters and a very dead, old man underneath a tarp. By the time Parker and Nathan arrive, the man looks even older than he did when they found him. 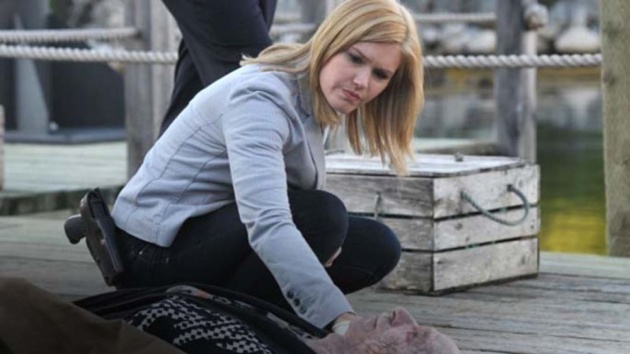 A Bit Old to be Lobstering

The boat had been reported stolen a week ago from another marina, and the dead man seemed a bit old to be out lobstering. He also has an unusual tattoo on his arm. Parker also goes to speak to Duke, and the regulars, at the new place he was given following the events of the previous episode, "Consumed", carrying a photo of the dead man. Nathan declines to come. Nobody can identify the dead man.

Dead in His 30s From Old Age

They track down the tattoo artist who created the tattoo, but not on an old man. The old man also turns out to have been in his 30s when he died - of old age. The decomposition is also faster than it should have been; he had been aging much faster before he died. Then a man turns up, dying of old age - and Parker saw him the previous night, when he was only in his 30s and Nathan went to school with him. So two men have died of rapid old age, and then rapidly decomposed. Odd to say the least. Then Duke gets affected too. 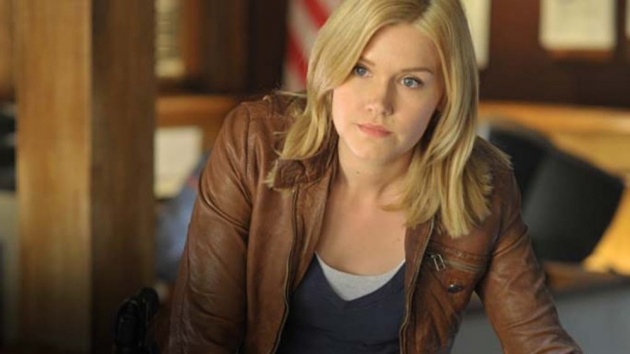 Looking into Lucy and the Colorado Kid Murder

Parker is trying to find out if the newspaper brothers know if the woman in the Colorado Kid murder is called Lucy, which one of the patients in "Harmony" said was her name.