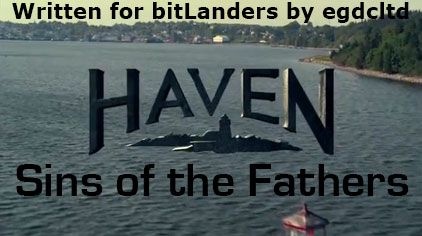 "Sins of the Fathers" is episode twelve of season two of Haven, a supernatural drama series loosely based on Stephen King's The Colorado Kid and, technically, the season finale. In this episode, various dead people return as ghosts out for revenge. 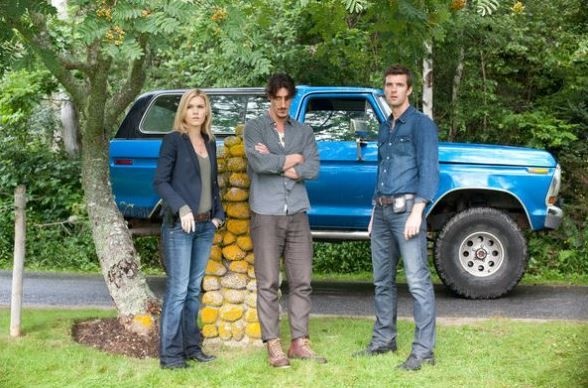 In the previous episode, "Business as Usual", Parker discovered that Lucy Ripley was simply another person whose memories she had, and 27 years ago she was apparently being pursued by people who wanted to erase her. One of them was Duke's father. Duke had found a silver chest belonging to his father, full of weapons and a journal. Also, when Dwight's blood touched Duke, he absorbed it and became stronger. In the journal, which goes back a long time, the last entry was from Duke's father - telling him that he must finish the job and kill Parker. Duke says he has no intention of doing this but things are a bit awkward. 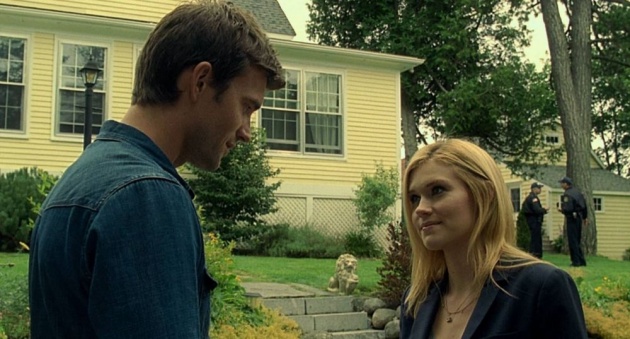 This episode opens with a man in bed being woken up by another man saying that there is someone in his house and is going to kill his wife. However, the man is dead. The ghost manages to dupe the man he woke up, Bill, into shooting his widow - because they had been having an affair. Duke also gets a visitor - his father. Who is also dead. Duke is not terribly happy to see his father. Apparently, the Crockers are also Troubled - when they kill someone who is cursed, they 'save' them, by making the curse die out in their entire family. Duke is not impressed, but his father tries to talk Duke into doing the job his father did.

Parker is Annoyed with Vince and Dave

Parker is a little bit annoyed with Vince and Dave, because she found out that they knew who she was. They don't know everything about her, but do know that she returns every time the Troubles occur, and that she always looks the same, but has a different person's memories, and helps the Troubled. Vince has a ring that belonged to Sarah, the person Parker was before Lucy. 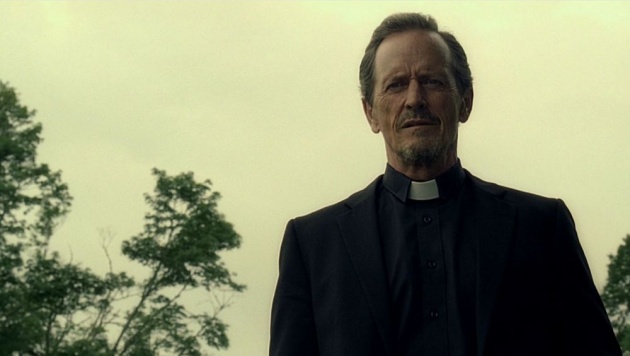 More Dead are Coming Back as Ghosts

Nathan and Parker's investigation reveal that the dead man is, indeed, dead, but others saw him leaving the house. Then they get another case where a man is told by his dead sister to kill her rapist. Both cases seem to be motivated by revenge. Then the Rev returns too - and he wants all the Troubled killing. This is just the beginning - someone is bringing the dead back as ghosts. 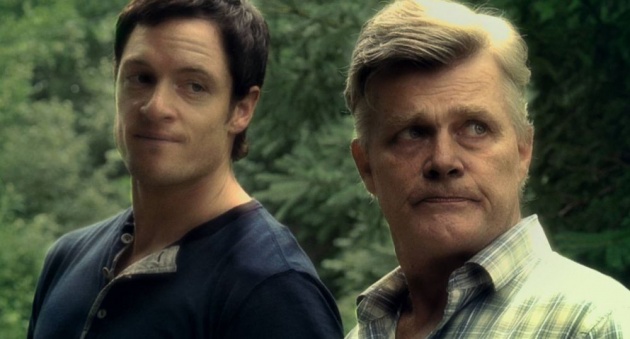 A cliffhanger ending of sorts to the episode and this story doesn't continue until the start of season three and "301" - the next episode, "Silent Night", is basically a Christmas episode that has nothing to do with the main story.