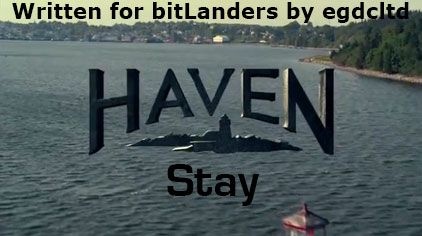 "Stay" is episode two of season three of Haven, a supernatural drama series loosely based on Stephen King's The Colorado Kid. In this episode, men are found living in a very primitive manner and Parker undergoes mandatory counselling.

This episode opens with a mostly undressed man - who seems unable to speak or figure things out - going into a gas station, where he starts eating the food. He also seems like he was chained up. The owner of the store doesn't think that Nathan and Parker are going about dealing with the man the right way, goes towards him with a baseball bat, and ends up dead as a result when the man bites his neck. 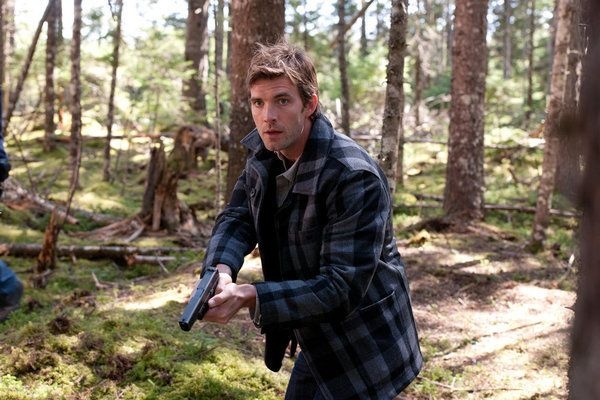 A Barn Full of Primitive Men

They then follow up on another sighting of the man at a barn, and this time Parker has a tranquiliser gun. However, inside the barn are a lot of men in a similar primitive condition - but asleep. One tranq gun will not cut it. Tranq guns are also not designed for rapid fire against multiple creatures. Before they can contain the ones in the barn - there's at least one elsewhere - the owner's son sneaks in and, as a result, most of the men escape. It also turns out the men themselves aren't Troubled. Then the man's son goes missing, taken by the men. 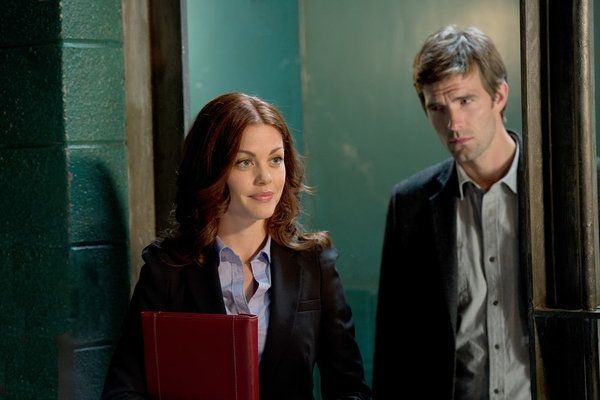 Parker is Not a Good Counselling Patient

Parker is required to undergo mandatory counselling following her abduction in "Sins of the Fathers". She is not exactly a willing patient. 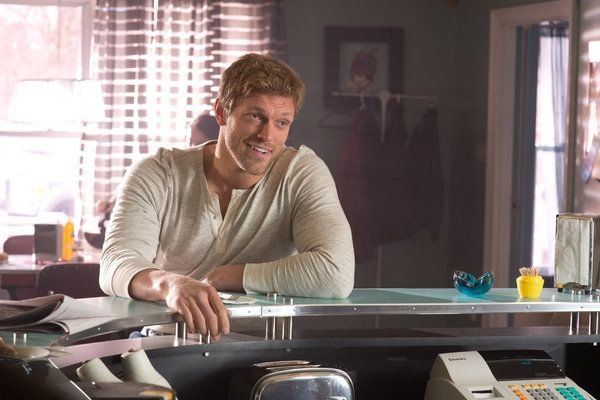 Find the Colorado Kid Before the Hunter

In the previous episode, "301", the Colorado Kid's grave was exhumed - and the coffin was filled with rocks. There was a message inside, written by Parker 27 years ago, telling her to find him before the Hunter does. Nathan still doesn't trust Duke and suspects he might be the Hunter. Duke is trying to find the Hunter himself, and tries to find out if Dwight knows anything. Vince and Dave are also looking into it.

Image Credit: Wikipedia "Sins of the Fathers" is episode twelve of season two of Haven, a supernatur…