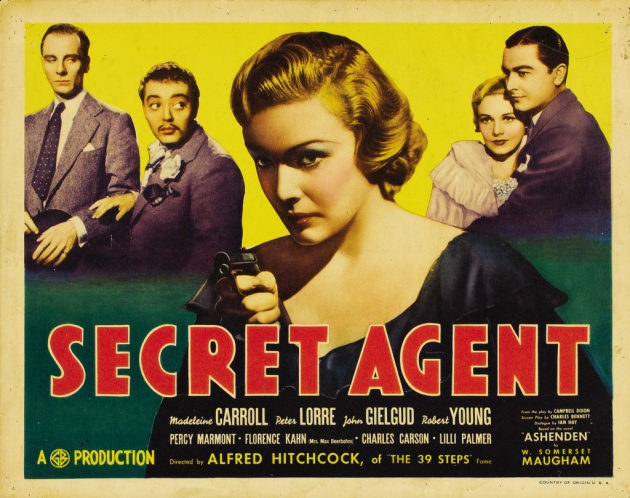 Alfred Hitchock's "Secret Agent" (1936) is a World War I spy movie. I won't say it's a thriller because there isn't much suspense to speak of, however the film is entertaining, mostly due to Peter Lorre who is highly entertaining as The General. His nickname is "the hairless mexican" although he's described as very curly and not mexican, and he introduces himself, with Lorrean authority, as General Pompellio Montezuma De La Vilia De Conde De La Rue. The General is assigned to assist newly minted British Intelligence spy Richard Ashenden (John Gielgud) in the assassination of an American turned German spy played by Robert Young (the father in "Father Knows Best"). 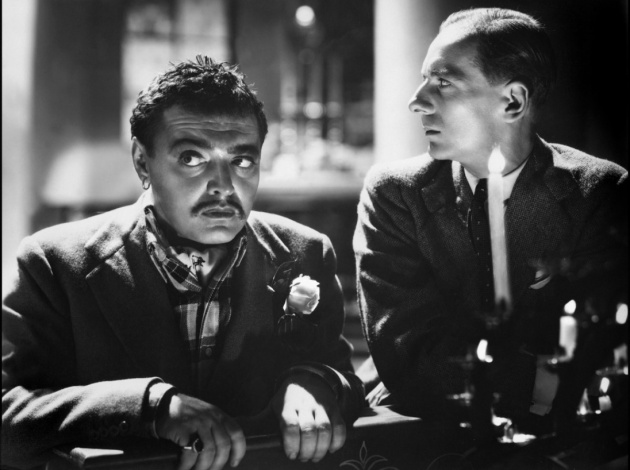 The film starts with the title date of May 10, 1916 and moves to a very symmetrical opening shot of tall candles flanking a cloth draped casket with white roses at the bottom center of the screen and a circling procession of black suited mourners. After everyone exits, a one armed military man locks the door and attempts to pick up the empty casket but drops it. Even though death would seem to be in symmetry with war, the intricacies of war are anything but straightforward and symmetrical. Richard Ashenden is paired with a "wife" named Elsa (Madeleine Carroll) and the two will come face to face with attempt to deal with the murder part of being a spy, and even getting the wrong man. The General and Marvin, the target, are the 2 spies with no such quandaries, and The General even seems to look forward to the killing part with childlike glee, whereas Marvin is more businesslike. 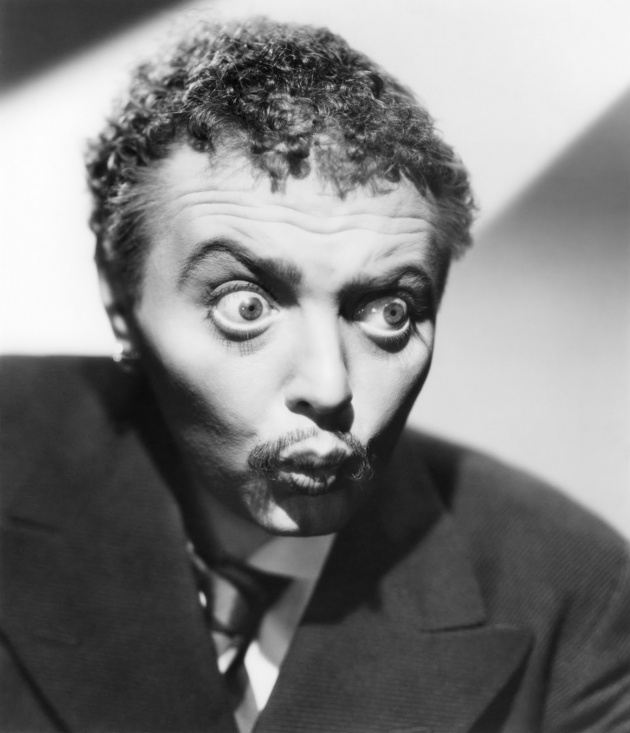 "Secret Agent" would be Lorre's second film with Hitchcock, after "The Man Who Knew Too Much" (1934), and it would be the last. Peter Lorre was suffering through a morphine addiction which probably was the demise of that working relationship and it is unfortunate because Lorre seems to shine in these Hitchcock films and especially in "Secret Agent." There seem to be more close-ups of Lorre than any other actor, despite that you had legendary Shakespearean actor (& future Sir) John Gielgud, and 1938's most highly paid actress Madeleine Carroll. We are introduced to The General as a maid runs out of the basement and upstairs proclaiming she'd rather chance being hit by a bomb than stay any longer with The General who emerges a few seconds later lustily crazed chasing after the girl. When Ashenden is introduced to his spy wife, Elsa, The General throws a tantrum in a bathroom and bats at a roll of toilet paper and swipes a shelf of bottles all because The General doesn't get a wife, but his partner does. The General's diction is hilarious: "Me still blind in this ear." And the plentiful closeups of Lorre show an actor unmatched in facial expressions and tweaking/ticking (if that can indeed be separated from the distinction of facial expressions). The General just seems like a total girl crazed goof ball half the time and a deviously plotting assassin the other half. Only Peter Lorre could've played this and so many other characters like he did. More than the other characters, The General is memorable.

"Secret Agent" has a few expressionistic scenes to it that are heavily aided by their diagetic qualities. One scene is in a church where Ashenden and The General attempt to locate an organist spy but follow the ominous stuck tone of an organ to the freshly strangled organist. The second scene is in the factory towards the end of the film where the noise of the machines takes over as the dominant force and the action takes place under its cover. Plenty of Hitchcockian themes/devices around: the cool blonde, the comedic relief, wrong men in the wrong places, and spies! It's definitely worth a look see! @ my very own Film Annex Baxter Martin WebTv