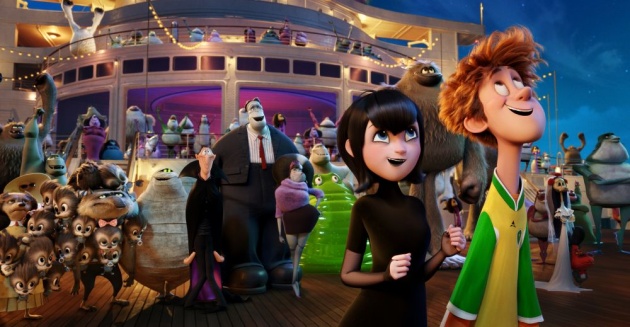 Hello Friends, I hope you are doing fine and are having a good time on bitlanders. Today I have come up again with my new blog with the title of "Hollywood Movie Review - Hotel Transylvania 3: Summer Vacation". Friends, this blog is about a newly released Hollywood Computer Animation film Hotel Transylvania 3: Summer Vacation.  The story of this animated movie is about family affairs of Count Dracula and his tactics to save himself and his family from their enemy who is Professor Abraham Van Helsing.  The movie was directed by Genndy Tartakovsky and produced by Michelle Murdocca for Sony Pictures Animation.  The story for this computer animated movie was written by Genndy Tartakovsky along with Michael McCullers.  This movie is the third movie in the series of Hotel Transylvania and the previous version was released in 2015 with the title of Hotel Transylvania 2. 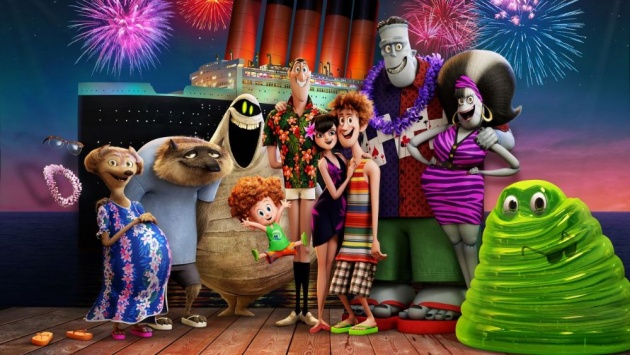 The movie "Hotel Transylvania 3: Summer Vacation" was released on July 13, 2018 under the distribution banners of Sony Pictures Releasing.  Some details of cast of this movie are as under: 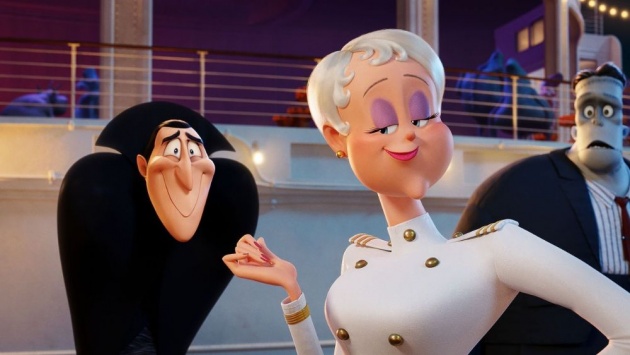 There's a bit more scary stuff/violence here than in the previous films; much of it is comic, but there are some tense chases, crashes, and confrontations, a creepy robot/human hybrid, and a long sequence involving an enormous sea monster on a rampage. Expect a few mildly suggestive remarks and moments -- butt jokes, buxom witches chasing after an elderly vampire in a skimpy bathing suit, etc. -- and a few unflattering depictions of female characters, like a beautiful witch on a dating app who turns out to be a warty troll. There's also a fair bit of romance in the movie, but it's limited to flirting, dancing, and a couple of kisses. Positive messages include embracing diversity, letting go of negative feelings and grudges, believing in the power of love, parents and kids communicating with each other, and the importance of parents reconnecting as partners, not just co-parents. 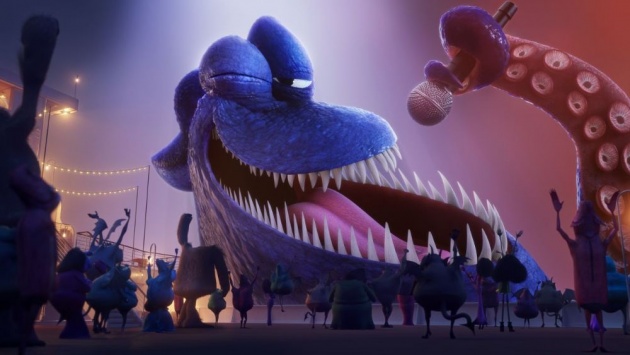 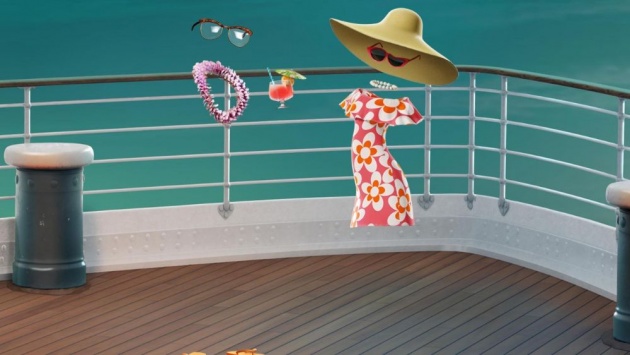 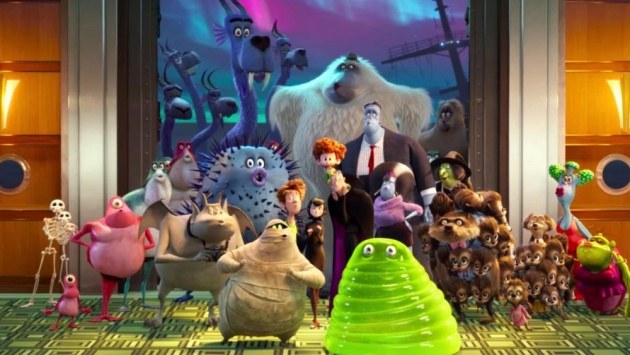 The movie progresses to future times, and now Count Dracula is living a difficult and depressed life because his wife has died.  Although, he is running his business very well with his daughter Mavis and his son-in-law Johnny, but there is something missing in his life and that is companionship which Count Dracula truly realizes.  Seeing the ordeal of her father, Mavis books a cruise ship in order to make the mood of Count Dracula better and to have a nice time together.  They board a huge ship "Legacy" where Count Dracula falls in love with the Captain of the ship whose name is "Ericka".  However, what Count Dracula does not know is that Ericka is the great granddaughter of Professor Abraham Van Helsing and the whole family's life is at stake. On the ship, there is Mavis, Johnny, Dennis, Vlad and others present along with Count Dracula.  Furthermore, there is a secret room in the ship where Professor Abraham Van Helsing is present in a mechanized form in order to avoid death. 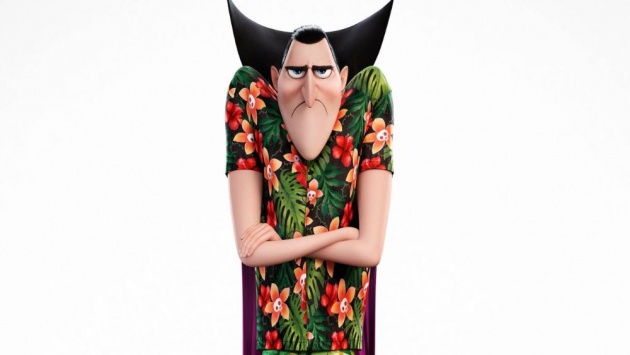 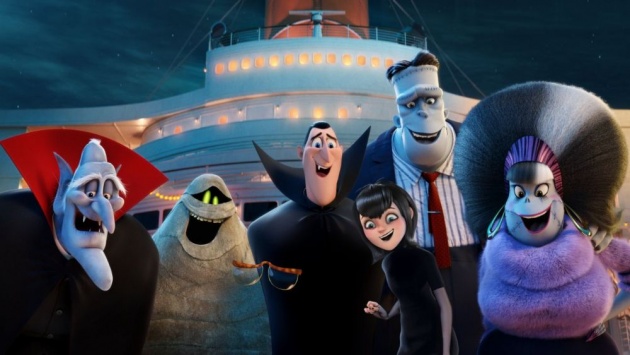 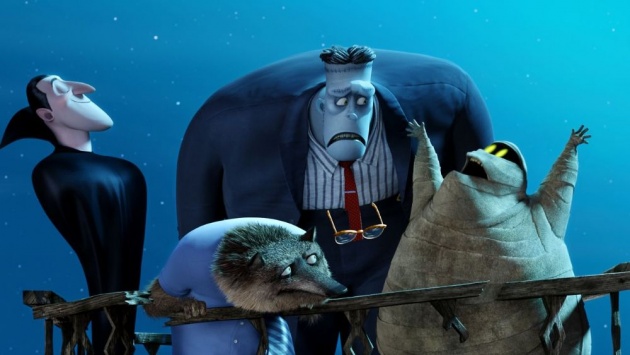 The movie "Hotel Transylvania 3: Summer Vacation" is a full pack of entertainment and fun.  This 3D Computer Animation Movie is a treat to watch.  The movie was full of laughters and also portrayed different emotions such as love and hatred very well.  Adam Sandler's performance as Count Dracula was very effective and superb.  The sweet voice of Selena Gomez was also very attracting and up to the mark.  The Director of the movie Genndy Tartakovsky has been presenting the Hotel Transylvania Film Series in a very beautiful manner.  He has been successful with this venture and we hope to see more from this series.  This third edition of the Hotel Transylvania movie series has already reached about 300 Million US Dollars on the box office against its budgeted cost of around 80 Million US Dollars.  The trend of making 3D Computer Animation movies is becoming very common now and this movie has solidified this phenomenon and reached a higher level in entertaining the movie lovers satisfactorily. 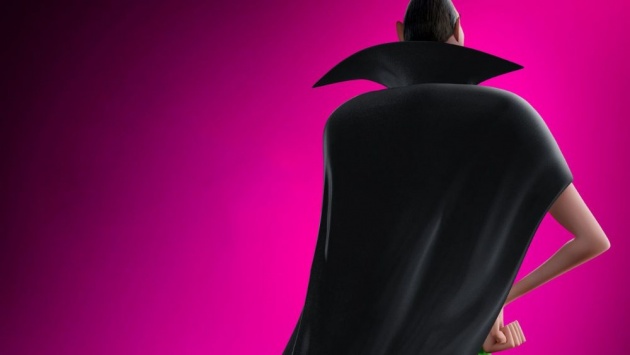 Image credits : Docxdrl via Bitlanders Top 10 Movies of 2018 you shouldnt miss out on! This is the l…