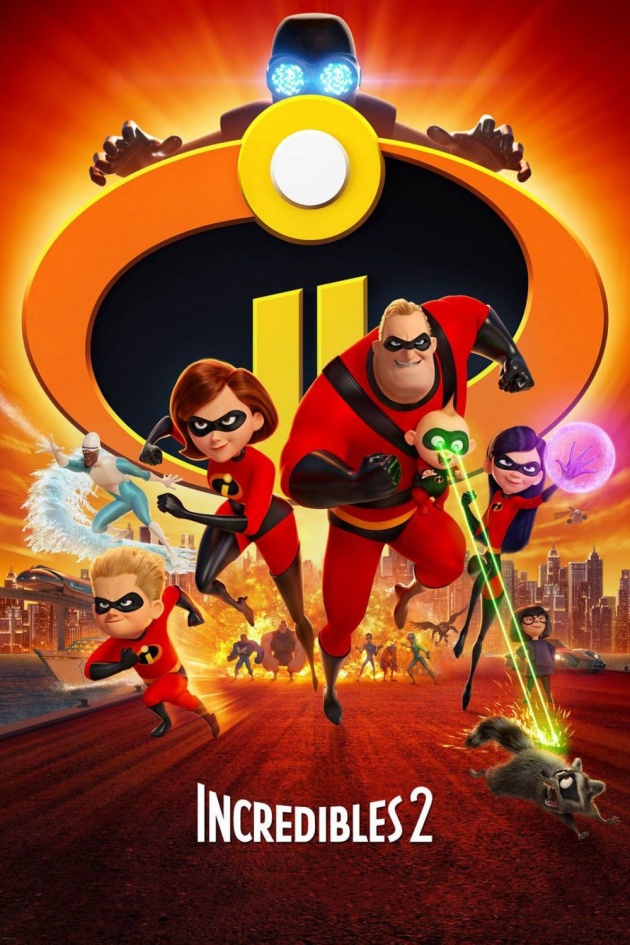 Hello Friends, I hope you are doing fine and are having a good time on bitlanders. Today I have come up again with my new blog with the title of "Hollywood Movie Review - Incredibles 2". Friends, this blog is about a recently released Hollywood Computer Animation Movie "Incredibles 2". This movie is based on superheroes "The Bob Parr" family.  The movie is a sequel to 2004 movie with the title of "The Incredibles".  The movie is production of Pixar Animation Studios which is an American based computer animation movie studio.  The central idea of the movie is to eradicate evil powers from the world who are either involved in looting the resources or destroying the earth without taking care of requirements for others.  The movie was directed by Brad Bird  whose passion has been making animated movies and he has been associated with many animation movies projects.  The movie was produced by John Walker under the arrangements of Walt Disney Pictures. 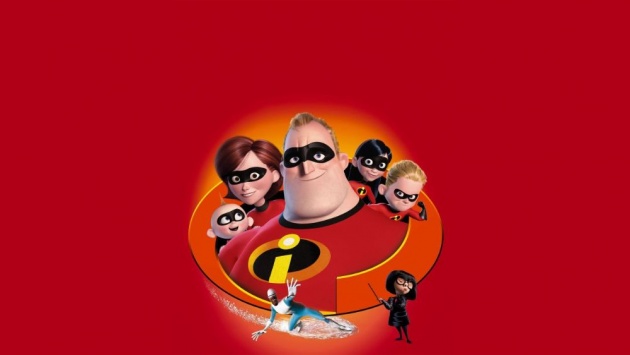 The movie "Incredibles 2" was released on June 15, 2018 under the distribution banners of Walt Disney Studios Motion Pictures and Pixar Animation Studios.   Some details of voice cast of this movie are as under:

✤    Isabella Rossellini as The Ambassador

✤    John Ratzenberger as The Underminer 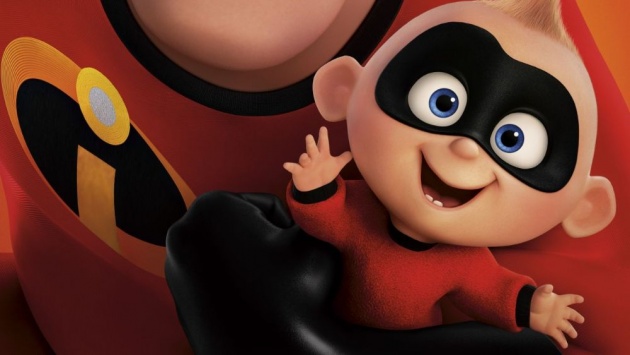 “Supers” are back in a sequel in which Jack-Jack shifts towards centre stage, much like the Minions who increasingly stole the spotlight in the Despicable Me series. This time, it’s Bob, aka Mr Incredible (balefully voiced by Craig T Nelson), who’s left holding the baby while his altogether more glamorous partner Helen, aka Elastigirl (a wonderfully wry Holly Hunter), is out fighting crime. She has been enlisted by a shiny-suited PR guru to help rehabilitate outlawed superheroes via a charm offensive involving runaway trains, political lobbying and a “wicked cool” new bike, the Elasticycle (“It’s torquey!”). 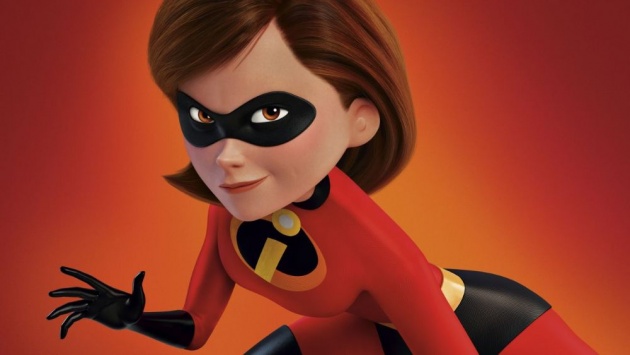 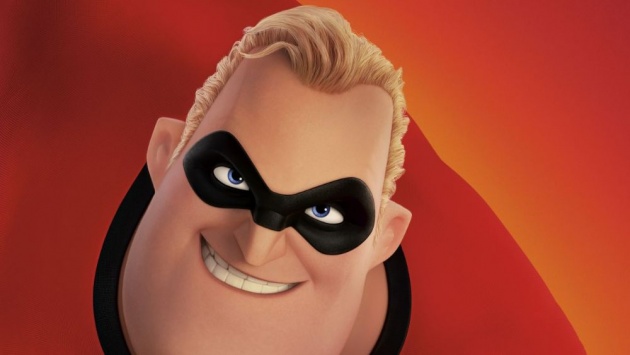 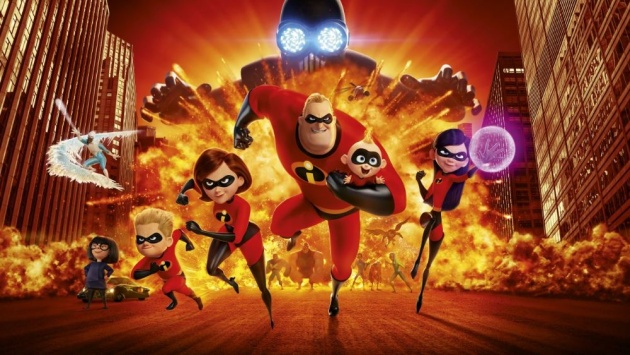 Lucius, the friend of Bob Parr, informs him that in order to fight off financial issues, he has an offer from a businessman Winston Deavor, who is the owner of DevTech Corporation.  Lucius informs Bob that Winston along with his sister Evelyn have come up with a program which can be fruitful and beneficial for the Incredibles to again impress the public and to attain the Government's confidence one more time.  Keeping in view the hard situation, the Parr family decides to accept the Winston offer.  Winston arranges a new house for Bob and his kids and asks Helen to perform the task using her old identity of "Elastigirl".  While Bob performs the duty of stay-home father and takes care of his kids which is a unique experience for him as sometimes it becomes hard to control Jack-Jack who frequently uses his superpowers.  Elastigirl on the other hand takes control of the Screenslaver who was using sleep inducing images through TV screens. 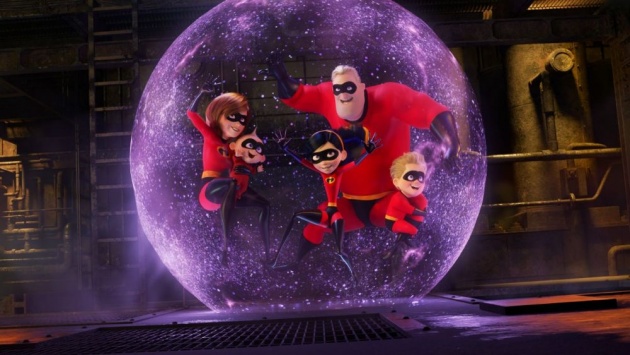 Elastigirl soon comes to know that sister of Winston, Evelyn is actually playing the role of villain as she was controlling the Screenslaver using his goggles.  Elastigirl further probes the matter and finds out that Evelyn is the enemy of the Incredibles as she thinks her parents lost their lives because of them.  Evelyn tells Elastigirl that on one occasion, the superheroes were unable to reach in time when her father called and because of that her parents were wounded fatally.  Now she wants to manipulate the Incredibles in such a manner that they would destroy the ship carrying the guests for the oncoming meeting that her brother is arranging.  The Incredibles would do so because Evelyn would be controlling the Incredibles using the goggles.  Meanwhile, Evelyn also takes control of Frozone by manipulating him.  However, the kids from the Incredibles come to rescue their parents and Jack-Jack removes the goggles of Elastigirl who frees Bob Parr and Frozone as well. The Incredibles save the ship from destroying and Elastigirl catches Evelyn when she tries to flee seeing her plan's failure.  Evelyn is detained by the Government and the Incredibles again get legal status as well as financial support by the Government. 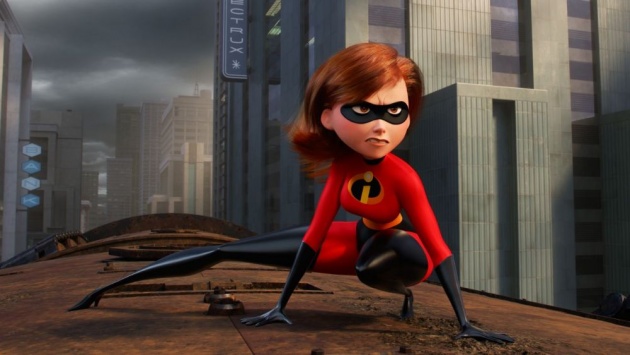 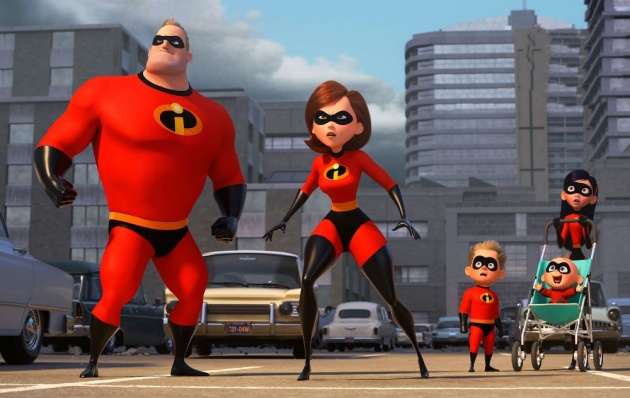 The fact that movie lovers now watch animated movies based on comics or superheroes more than live action movies proved to be true with the return and liking for the Incredibles.  The previous version was released in 2004 and now this second version has arrived on cinema screens after 14 years.   The movie was fast-paced and was mixed up very well with the action and fighting scenes.  The execution of the movie plot was very good and the visual effects as well as computer graphics were used superbly.  Walt Disney has been entertaining the movie lovers for a long time and this chapter of animated movies has been the trademark of Walt Disney. This movie was a great success on the box office and managed to become one of the highest grossing movies this year.  The fact that this movie has earned nearly 1 Billion US Dollars encourages the animated movie makers and hopefully there will be more such animated movies in the near future to entertain us.