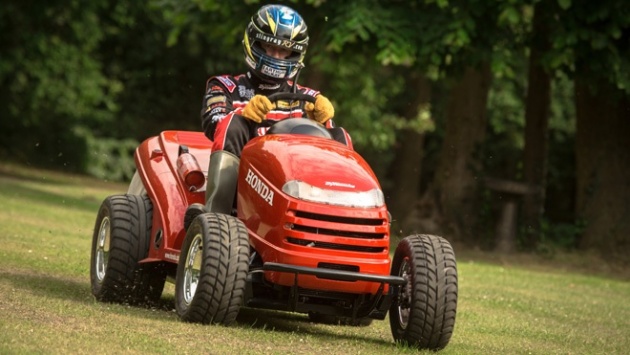 Who would of thought that lawn mowers were the next Fast and Furious vehicles on the market? 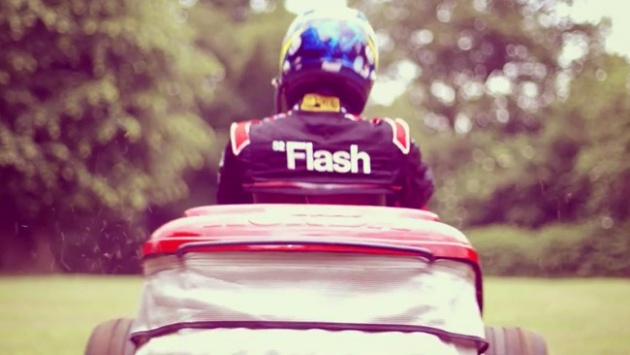 Well, Honda Motor Co. did with their new and improved, fastest lawn-mower on the market aka the “Mean Mower”. 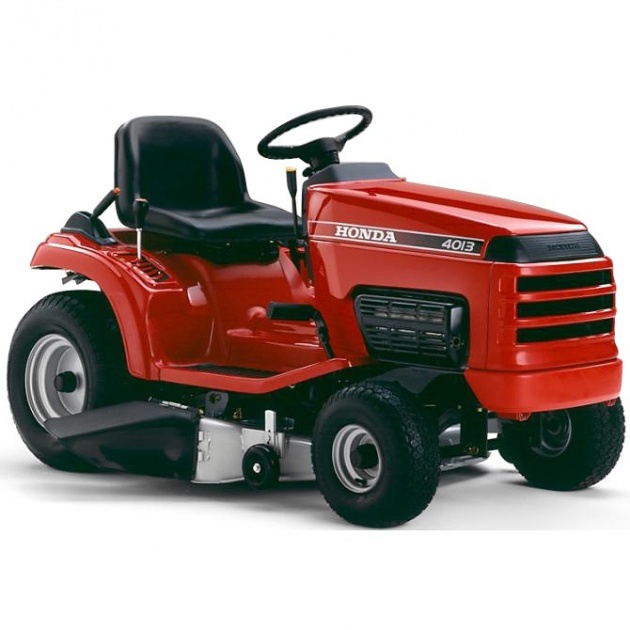 Honda has made its mark for all of Suburbia. Its mean mowing machine gives all Suburban men some excitement in taking a dull and monotonous task and making these guys dig into their childhood dreams, to feel like ultimate race-car drivers.

The motor company “claims [it] can reach 130 miles per hour, or 209 kilometers per hour, a top speed that could make it the world’s fastest lawn mower. Honda said that in testing the mower has exceeded 100 mph on the race track,” according to the Wall Street Journal’s Yoree Koh.

The mower currently holds the record as the fast mean machine in its. So, Honda had to promote its new record-holding machine and what better way than try to go viral.

Koh writes, “Honda released a YouTube video on Wednesday showing that its new toy does just that. The tag line to the promo featuring Scottish racing driver Gordon “Flash” Shedden in the seat says: “What do you get if you take one lazy Sunday afternoon, one British Touring Car champion and the world’s fastest lawn mower? Well here’s your answer.”

By using a YouTube video and incorporating a celebrity race car drive such as Shedden to the mix, Honda’s marketing method is an inevitable success. The video will ultimately go viral reaching, teens, parents and the ultimate target market, predominantly Suburban men. 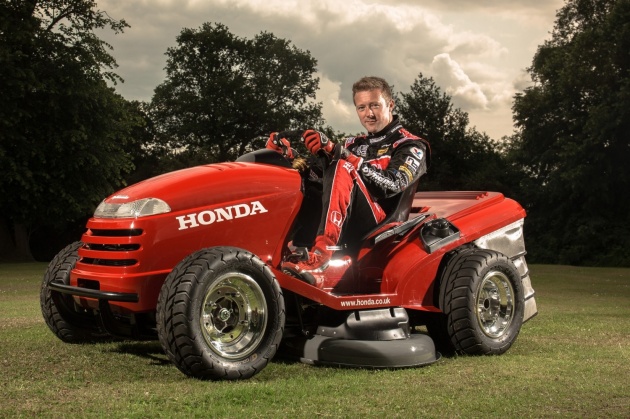 The motor vehicle company is full of wonderful surprises and competition surely brings out the most creative and entertaining ideas.

No matter how conservative, live-in-a-bubble person you may be, we all know that if you had this contraption in your backyard, you would test its limits and race with the mighty fast guy.

The only remaining though is what will the next turbo charged product be; a feisty toaster on wheels? A Ferrari of baby carriages?

Whatever it may be, consumers everywhere should revel in the entertaining attributes of the motor vehicle companies, just looking to make our lives a tad more interesting than they already are.

Starbucks' Stickers Collection, Is It Worth It?

Image credits:iluvcebu You know the drill when it's almost the end of the month, a lot of people out…

Yas Island Ferrari World It is the biggest theme park in Abu Dhabi, if you are in UAE then have to v…