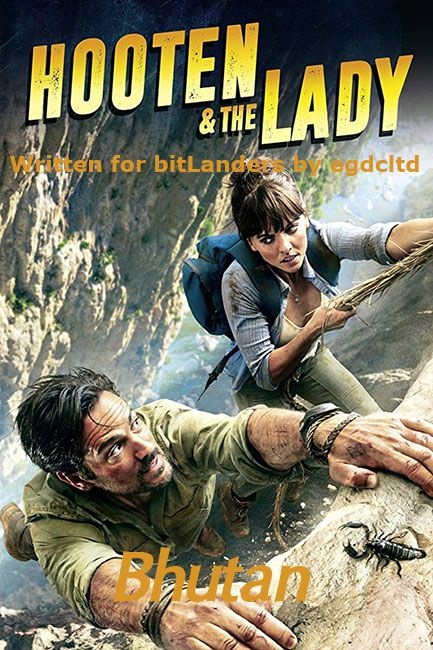 "Bhutan" is episode four of season one of Hooten & The Lady, an action adventure series about 'odd couple' partners that bears some resemblances to certain types of eighties films. In this episode, Hooten and Alex are looking for a lost temple, and Hooten has a couple of problems. 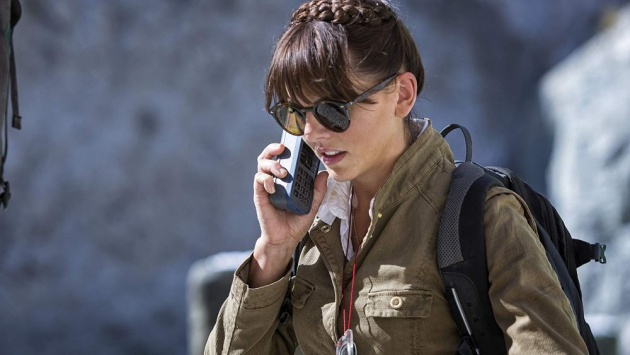 The episode opens at Hacienda Pablo in La Paz, Bolivia. Hooten was apparently supposed to repay a $50K debt to someone called Alfonso a week ago. Alfonso's men found Hooten in a bar with no money. Alfonso is not happy and his men point assorted guns at Hooten. At this point Hooten's phone rings. Lady Alex wants to know how quickly Hooten can get to Bhutan, as she's found evidence of something of immense value. So Hooten puts her on speakerphone., so Alfonso can hear. Alex says that evidence of a scroll that may have been written by Buddha himself has been found (she is also briefly speaking to her fiancée, Edward, who has up until now been unseen). Alfonso asks his men if he should trust Hooten.

Hooten is Accompanied by Hidalgo

In Bhutan, Hooten climbs into Alex's car. It looks at first as if Alfonso did trust Hooten. Then a rather large, mute man called Hidalgo, one of Alfonso's thugs, climbs into the back seat. It seems Alfonso didn't trust Hooten that much. Not that Hooten explains who Hidalgo really is. Alex says the local museum have found evidence pointing to a temple located in the mountains, but they haven't managed to find it. Which is why Alex is involved. 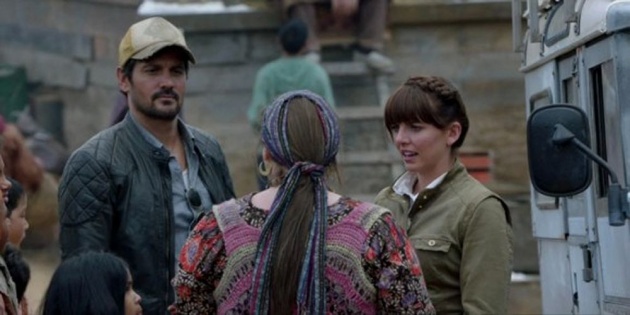 Searching for a Lost Temple

Penny is the woman who Alex has been dealing with and she says that they have searched the area using every technological means at their disposal, but have come up empty handed. An old lady, Kapila, has a parchment that her fiancée found hidden in a clay pot in the mountains that supposedly had the location of the temple on it. The day before their wedding, the fiancée spotted something in the parchment and headed out to look for the temple, but never returned. No-one knows what he saw on the parchment.

Do Not Drink the Tea

Kapila speaks to Hooten and promises to give him the parchment if he will return, but first he must drink some tea. Which seems a trifle odd. Hooten does so and is given the parchment, after which Kapila tells Penny something before falling asleep. Kapila has guaranteed that Hooten will return by poisoning his tea.

Waterboarding Old Women is Not an Option

A storm is moving into the area, so there's no chance of flying anyone in to help Hooten. He suggests waterboarding Kapila, but Penny has a chemistry set which she will use to try and identify the poison and Clive and Ella back in the UK will also do likewise using Hooten's symptoms. 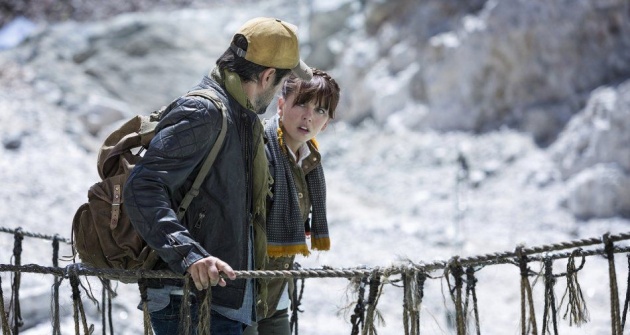 So, they are heading off into the mountains whilst Hooten is suffering increasingly from the effects of being poisoned. Not ideal conditions to be tramping up a mountain in.