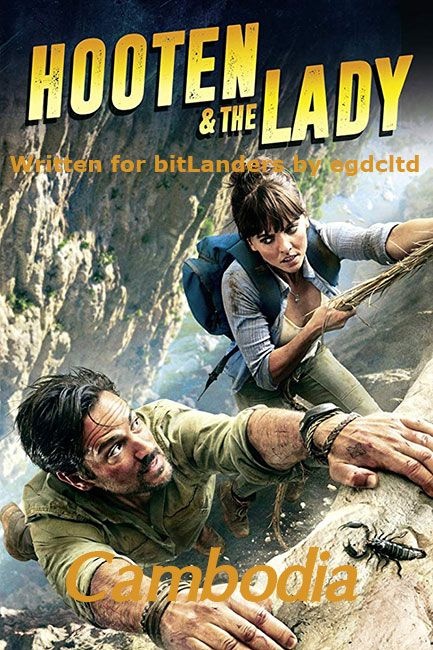 "Cambodia" is episode seven of season one of Hooten & The Lady, an action adventure series about 'odd couple' partners that bears some resemblances to certain types of eighties films. In this episode, Hooten is in Cambodia and Lady Alex has followed him against orders from her boss.

Previously on Hooten & The Lady

In the previous episode, "Moscow", Hooten had thrown the Fabergé egg they found into a lake so that Alex wouldn't end up being pursued by the man who killed Hooten's wife and son, as well as his friend Hercules. A man with a bit of a scorpion fetish it seems. However, Alex had gone into the lake herself and found it again.

Hooten is in Cambodia

This episode starts 9 weeks later in Banteay Prey Nokor, Cambodia. Hooten is hacking his way through some jungle with a machete. He finds something and says, over his shoulder, 'You're up kid.' Hooten then proceeds to enter some ruins, but no-one follows him. That's because the kid, a boy with a shaven head in an orange robe, is already ahead of him, examining a wall in the ruins. The kid, Jian, has a smart mouth, and tells Hooten that they need to push the wall. Doing so reveals a large hidden chamber. 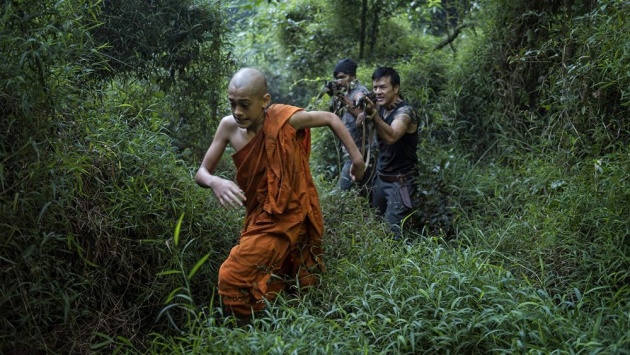 Hooten is Not Working for a Fracking Company

Inside, there is a corpse and a snake, which Jian kills. Also the item they came for, which is in a cage. Rather than just take it, Hooten uses the old replace-the-object-with-another trick. Surprisingly, this works. Then Hooten knocks the cage with his backpack afterwards, spikes come up and the door starts closing. Both Hooten and Jian make it out okay though. Later, Hooten is in Siem Reap and answers a call from Lady Alex. He tells her he's working for a fracking company in Canada; given that she's watching him from across the road, she knows that isn't true.

Alex Was Grounded by Clive

Hooten is video chatting with Ella back in the British Museum, telling her that he needs a 3D representation of an artefact the museum has. Ella wants to know why she can't tell Alex; a knock on Hooten's door makes him realise that Ella failed in this. Alex was grounded by Clive, at her mother's request, so shouldn't be there anyway.

The Four Lost Implements of Vishnu

Hooten tries dissembling, but Jian doesn't cooperate. He says that they are after the four lost implements of the Hindu god Vishnu, stolen from the temple at Angkor Wat. Jian tells Alex that they have two already, and brings them to show her. There's another one that Jian knows the location to as well. The four relics supposedly show the path to Shambhala, or Shangri La, where the Cintamani jewel is, a jewel that bestows immortality. The man with the scorpion interest is already looking at photos of Hooten in Cambodia. 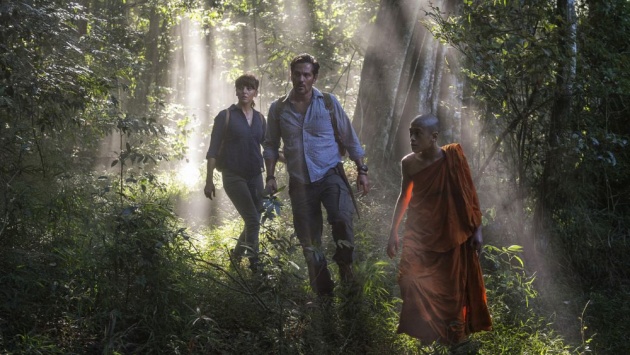 Alex Invited Hooten to Her Wedding

On the way to the third artefact, Hooten keeps trying to dissuade Alex, saying she has a wedding in two weeks. It seems Alex sent Hooten an invite, but he hasn't bothered to reply. Hooten says that Alex is trouble, so naturally she ends up helping him. Hooten also has a buyer lined up for the jewel, once it's found.

Hooten is After Kane

The buyer is the scorpion man, Kane, who used to be a friend of Hooten's. Hooten wants to use the jewel to flush Kane out, so he can get his revenge and kill him. Alex, given that she's in danger now too, wants to know what the history is between Kane and Hooten. He tells her but, as Alex notices, leaves out a fairly important point, one that does crop up later. 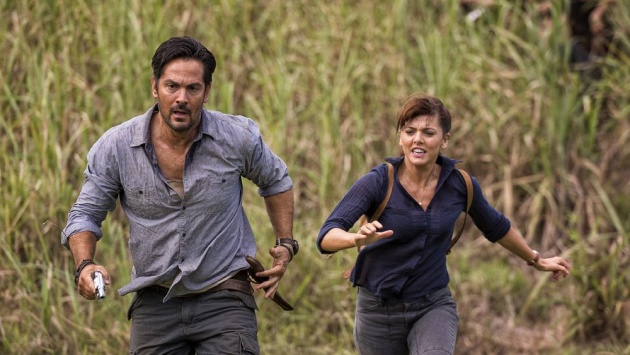 So, they need to find the third artefact - the fourth is held by the British Museum - find the location where the jewel is hidden - because Clive isn't happy that Alex ignored his instructions and requires her to find something - and avoid local bandits and Kane, who is already on scene hunting them. Not that this last detail is known.