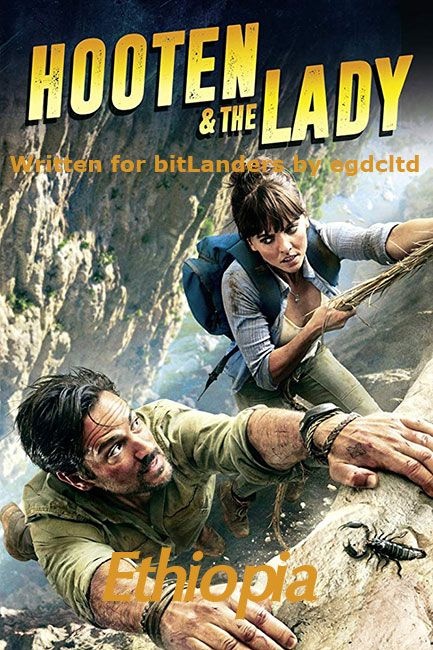 "Ethiopia" is episode five of season one of Hooten & The Lady, an action adventure series about 'odd couple' partners that bears some resemblances to certain types of eighties films. In this episode, Lady Alex and Hooten head to Ethiopia to help Ella out of some trouble.

Lady Alex is inside a building with her fiancée, who comments that 'It's big.' Which it is. It seems that this is not a suitable place to get married. It is, as it happens, St. Paul's Cathedral. Not a place many would have an option to get married in. Outside, they discuss where they could get married; neither appears to want to pick but they are running out of time to make a decision in.

Ella is in Trouble

Alex's phone rings and she answers it whilst Ed goes to get coffee. Ella is calling Alex on video chat, She's currently in Ethiopia, because she took a call whilst Alex was away. Ella says that she would never normally ask this of Alex, but she's the only person Ella can trust. At which point a revolver is thrust into Ella's face and she is told to hurry up. 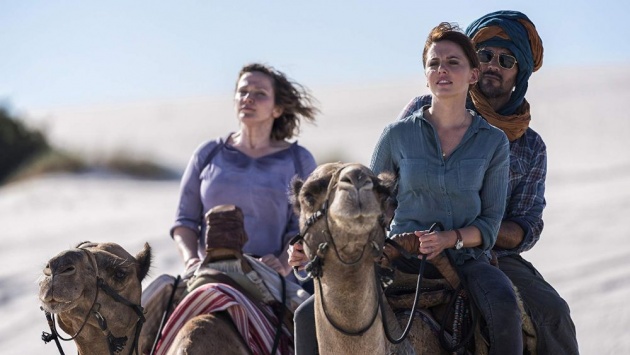 I Need My Reading Glasses

Ella is in a tent full of armed men at Azale Oasis, Danakil Desert, Ethiopia. She wants Alex to get the Sabean Spoon from the museum and bring it out to her. A card, the three of diamonds, is then thrust in front of Ella's face. It presumably has writing on the other side but she can't read it without her reading glasses. Once these are acquired, Ella read some instructions. Alex is to take the Sabean Spoon to the Port of Massawa in Eritrea where she will be met. She is to do this in 48 hours and to come alone.

Alex Asks Hooten for Advice on Stealing Something

Alex is in the British Museum later on, looking at the Sabean Spoon, when she calls Hooten. Hooten is in Samandagi, Turkey, watching a bare knuckle boxing match and taking bets on it. He doesn't want to go to Massawa. Whilst he's on the phone, Alex asks what a load sensor is and what it does. Which is sound an alarm to summon security. She also wants to know how to avoid setting one off, which is to replace the weight to maintain the pressure on the pad. At this point, seemingly slow on the uptake, Hooten asks what Alex is up to and what she's stealing. Alex takes the spoon, leaving a pair of trainers behind. 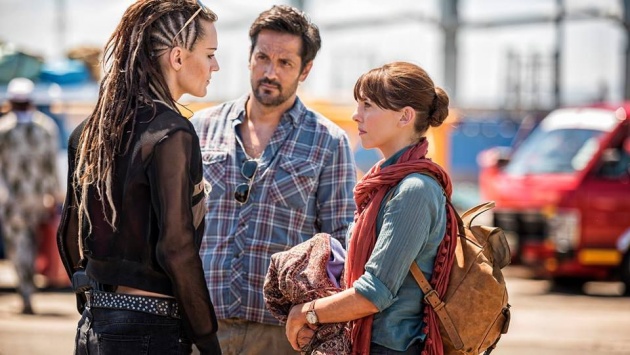 In Massawa, Alex is walking through the port when she is grabbed by someone who turns out to be Hooten. She tells him there's no money involved. He's happy to take jewels. Alex points out it's Ella, not treasure, they are after. A woman with a gun is waiting by a car for Alex. She isn't happy that Alex came with someone, but Alex says that she couldn't take the spoon by herself. Procedure. The woman searches Hooten, then kisses him when port security looks over.

They set off in the car, with Hooten driving, and the woman calls her boss, the man who has Ella. She says she had no choice but to take them both, but her boss says kill them. Which wouldn't sound promising for Ella either, unless the man who has her needs Ella for something. Hooten notices the woman take a silencer and attach it to her gun, so throws her out of the car. Alex is not happy, saying that this was the only way to find Ella, but Hooten says that was never going to happen. Alex does not consider this honourable.

Is it Really Valuable?

Ella was apparently being held two hours south, so Hooten and Alex set off in that direction. The woman meanwhile steals a bike and follows them. One of the men holding Ella asks her if what's being brought is as valuable as his boss says. It would appear that there is some dissension in the ranks.

It Belonged to the Queen of Sheba

Hooten wants to know why this spoon is so valuable. Alex tells him that it's one of only two items to survive from the time period, the other being a bowl. Which was recently stolen. Which is probably not a coincidence. Anything connected to the Queen of Saba is automatically valuable. Aka the Queen of Sheba. Hooten thought she was just a myth, but it's also something that Ella was looking in to. 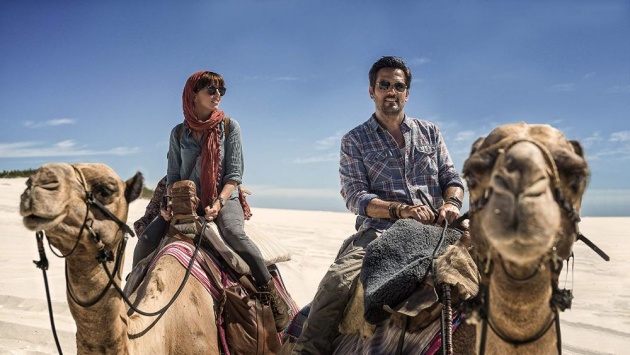 Do Not Do Flying Leaps at the Top of Cliffs

There are measurements carved into the spoon, but they are meaningless. Alex also seeks help from Clive, who isn't entirely happy to be looking at her trainers where there is supposed to be an artefact. It can easily be guessed that, together, the bowl and spoon lead to treasure. Which is why Ella was needed (and still alive). However, it can also be guessed that treasure can change its meaning over the years.