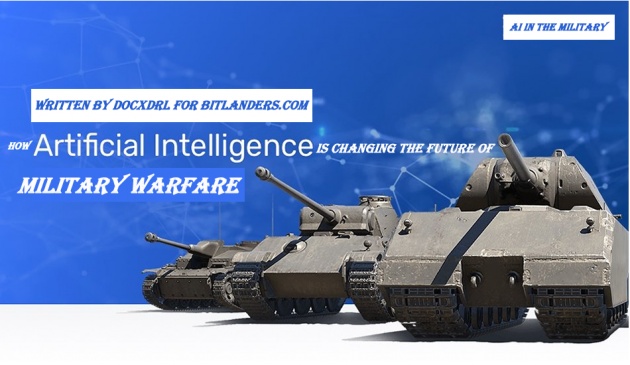 How Artificial Intelligence is changing the future of Military Warfare: Image By Docxdrl in Bitlanders

Military forces today need more than tanks, drones or ammunition to win battles. They can leverage the latest technological tool (artificial intelligence) to make the best decision that turns the tide of war.

AI are tools to be used in military warfare, there is no guaranteed success. But giving the vast application of artificial intelligence, it plays an important role in the future of conflict management and war. Not adopting AI will likely guarantee failure. The effective use of AI is by understanding its weakness and strength, thereby ensuring the success of future warfare

Artificial intelligence refers to the ability of a machine to perform tasks that require human intellect, such task can be recognition of patterns, learning from experience, making predictions from experience and to take a decisive decision that produces a positive desired result.

The development and production of technology have affected all field of human endeavours. The military is no exception. It is without a doubt that technology advancement(Artificial intelligence) in military weaponry has become more lethal and stealthy.

Bringing artificial intelligence (AI) or ‘smart’ to the battlefield is already changing the way battles are fought; this technology will become increasingly critical in the future

Military technological advancement has resulted in the development of Weapons of Mass Destruction (WMD) which is making the world more unsafe if it ever falls into the hands of the terrorist organization.

The military primary concerned in technological advancement is how it defines the concept of warfare.

Yeah, one of the other additions to infantry squads and other manoeuvre units could be robots to carry gear, sensors and electronic warfare modules. It’s all part of DARPA Squad X Experimentation Program. The idea is to nest robots into the army and marine units, especially infantry squads

For these reasons, more and more technological advancement is geared towards making the military competent in all aspect warfare from foreign and domestic threats.

The dynamics of robotics in artificial intelligence (AI) in the military in a couple of years from now suggests a surge acceleration in implementation and use.

I’m optimistic that artificially intelligent robots are the next face of military warfare, countless lost their lives in Afghanistan war. But the military is far from realizing the dream of robots in war.

Certainly, robots are already used for surveillance. Human intelligence is still needed in warfare right now. But we are approaching a future where human lives would not be lost in war again! 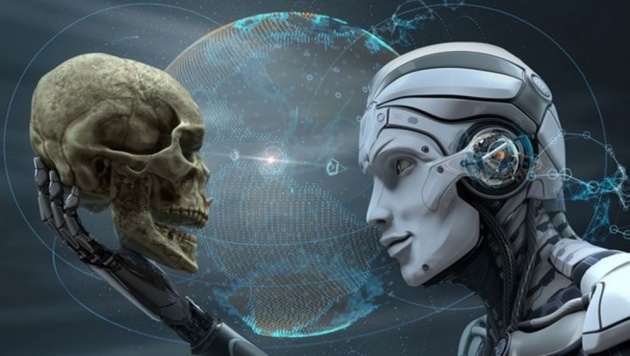 It’s a future where robots are automated to take a decisive decision that changes the outcome of warfare and fully replace the human mind in tactics. Moreso, we highly anticipate a future where robots, humans and artificial intelligence (AI) can cooperate with one another in the battle to bring it to a close with minimal casualties.

Yes, humans sometimes make decisions based on guts feelings, or years of experience, unlike AI, such decisions have resulted in deaths of teammates and the ability to win the war. Some may argue that human intellect is far better than artificial intelligence in war. 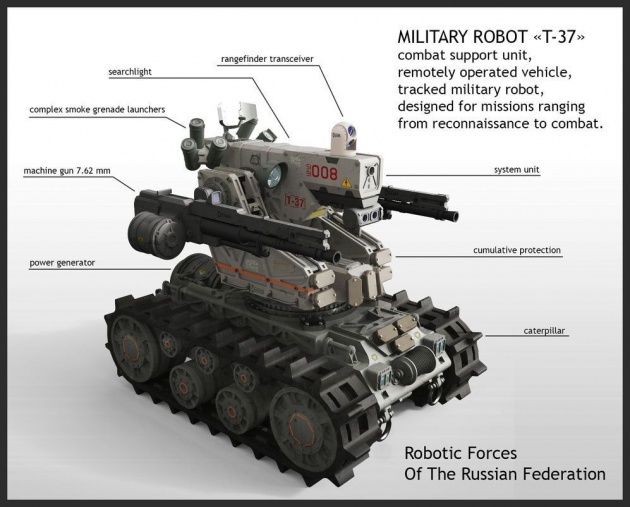 Thus far, artificial intelligence in the military is used in gathering intel for surgical operations, elimination of highly classified targets, location for extraction or drop points and transportation of heavy military gear. The human mind is still needed in today’s warfare.

Integrating of Artificial Intelligence in the Military

The potential of artificial intelligence in the military is limitless and more use for it opens every day. Integrating it into the protection of lives and the future of warfare depends on the understanding of machine learning and Natural Language Understanding (NLU). This is the main concern of the US army today

The U.S Army leaders discussed a way to integrate artificial intelligence systems in military activity… we have to find a way to automate the process mush faster

However, the need for integration of artificial intelligence in the army may seem soldiers are sceptical about machine for their survival and intel taking over by machines.

Soldiers are concerned if Artificial intelligence will create complication to their profession, actual intel and the future of warfare. This is because the integration of  AI in the Army have to do with inherent unpredictability for the enemy to exploit weapons vulnerability and kill friendly, rather than supporting them in decision making to win battles.

Artificial intelligence robots are capable of performing and excelling on the task such as ariel surveillance, finding structures details & integrity.  It should be noted that their functionalities are limited to predefined programming.

With successful development of more programs that help AI in learning and making accurate recognition, decisions based on available data. The military can have the opportunity to improve their support in defence from domestic and foreign threats. They will also safeguard citizens, allies, partners and improve response to operations. 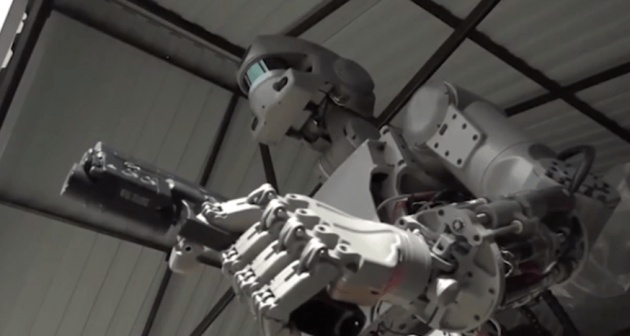 In regards to the world’s move into automation and the use of artificial intelligence in almost all endeavours in life. Smart technologies make military warfare easy in the right hands and with people to make decisions for machines abide.

Determining the state of artificial intelligence in military

Following the need for the military to develop technologies that can help in determining military warfare, should also the kill order be left for machines to take care of?

This dilemma centres on AI  machines having full autonomy to functioning lethal Weapons of Mass Destruction, will they execute the kill order with sympathy or based on numerical facts? 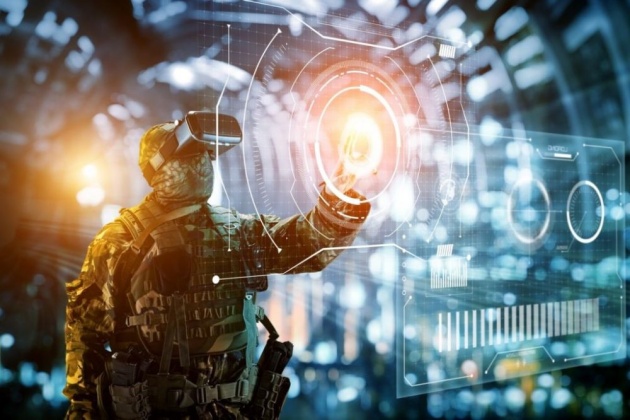 Without careful consideration and proper programming, we may end up creating killer robots that will end the human race in the future. Therefore, we need close monitoring of how AI is integrated into our weaponry

Artificial intelligence for military warfare is moving downhill if the machine can not draw a clear line between decision making and executing kill orders! Countries around the world should not be focused on developing weapons of mass destruction controlled by artificial intelligence. Even though world powers are afraid simple

It is paramount world powers should focus on creating better security from both domestic, foreign and extraterrestrial attack, than relying on a technology that one wrong move can result in the annihilation of the world by mindless machines.

Artificial intelligence poses unique opportunities and challenges in the military, however, to enjoy its impact in warfare, developers would have to use agile software development process to realize AI dream.

The military needs to argument AI in tasks that are dangerous, mundane, and dirty for soldiers. AI provides such flexibility and holds such potentials to drastic exceed human endurance in intelligence gathering over large areas. 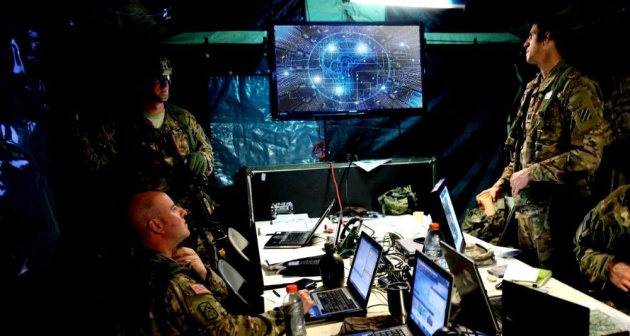 Adapting AI in the military can result in vulnerability in things than are prone to hacking and theft. These do not hinder the power of the merit of AI to integrate into military equipment and sort through troves of data from different sources, geographical locations to identify patterns and predicts the general outcome. 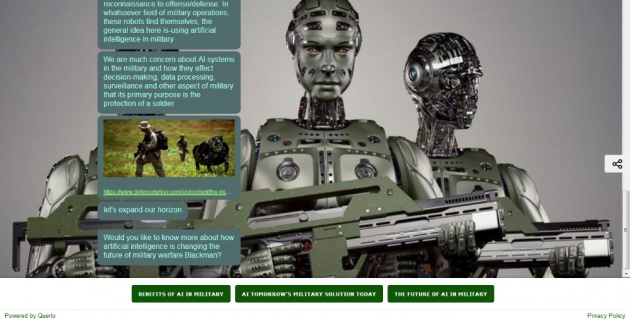 However, in essence, it will be sober and a terrifying look if current cutting-edge AI military technologies run amok, the impending catastrophe scope cannot be predicted by any analyst or programmer. That’s why in our quest for military AI integration, we should hold fast to moral standards and rules of engagement

Over time, as AI becomes more capable of reflective and integrative thinking, the human component will have to be eliminated altogether as the speed and dimensionality become incomprehensible, even accounting for cognitive assistance

It does not matter what side you are willing to take, and the options available for you. The future of Military AI is here

A recent analysis of the future of warfare indicates that countries that continue to develop AI for military use risk losing control of the battlefield. Those that don’t risk eradication. Whether you’re for or against the AI arms race: it’s happening

There are challenges we can’t see right now, but we should be open to the dangers that we may or may not encounter in the future when AI is fully integrated into the military.

The future of artificial intelligence in military warfare is uncertain, but the thoughtful, responsible and careful based decision by humans has the potential to negate AI hostile take-over of military weaponry in the future.

Adoption artificial intelligence into the military for protection and defence is the noble gesture every country’s government has towards her citizens, allies, and partners. The future of artificial intelligence in the military still remain blurred by ethics or world powers quest for acquiring and producing weapons of mass destruction for fear of other countries doing the same.