How Can I Buy Bitcoins?

Now you’ve realized bitcoin is the money of the future, the next step is to get some bitcoins. But how? This guide will tell you what you need to know.

You can buy bitcoins from either exchanges, or directly from other people selling them. You can pay for them in a variety of ways, ranging from hard cash to credit/debit cards to wire transfers, or even with other cryptocurrencies, depending on who you are buying them from and where you live.

Surprisingly, it’s still not easy to buy bitcoins with your credit card or PayPal. This is because such transactions can easily be reversed with a phone call to the card company (ie: ‘chargebacks’, one of the problems bitcoin is here to solve). Since it’s hard to prove any goods changed hands in a transfer of bitcoins, exchanges avoid this payment method and so do most private sellers.

However, the options have recently grown for US consumers, with Coinbase,Circle (currently invitation only), Trucoin and coin.mx all now offering purchase with cards. Bittylicious also offers this service in the UK, accepting 3D Secure-enabled cards on the Visa and MasterCard networks. For small amounts of bitcoin, you can use a card to buy $20-worth at Tinkercoin.

Underbanked consumers in the US can turn to expresscoin, which recently launched to serve this market, accepting money orders, personal checks and wire transfers.

First, get yourself a bitcoin wallet

You will need a place to store your new bitcoins. In the bitcoin world they’re called ‘wallets’ but you could also think of them as a bank account.

The two main options are: (1) a software wallet stored on the hard drive of your computer, or (2) an online, web-based service.

Both have their vulnerabilities: if you store it all locally on your computer make sure you back up your wallet regularly in case the drive becomes corrupted; and online web wallets employ varying degrees of security against hackers, from quite good to quite poor. It’s up to you which one you trust the most.

CoinBase is a popular wallet service that will also trade your dollars for bitcoins. The company has web and mobile (Android) apps, as well as an unofficial but approved iOS wallet.

Blockchain is another popular online wallet option that does not exchange fiat, but has a mobile solution available for Android, and more recently, iOS.

Inconveniently for iPhone/iPad users, its iOS wallet was banned by Apple at the end of last year, when the Cupertino company decided for unknown reasons not to allow any wallets to be sold via its sites. This decision has now been reversed and wallet apps arestarting to reappear on the App Store.

For more on storing bitcoins, see our guide on the subject.

The range of options here seems to grow by the week, with new businesses coming online to cater to new markets. Some are full-blown exchanges for trades between paper fiat currencies and multiple other digital currencies, while others are simpler wallet services with a more limited range of trading options. Many will store amounts of digital and/or fiat currency for you, much like a regular bank account.

Exchanges/wallets are the best option if you want to engage in regular trading and speculation, don’t need total anonymity, and don’t mind lengthy bureaucratic setup procedures that usually involve proof of identity and supplying detailed contact information. This is the law in most countries and no regulated exchange can get around it, as any company interfacing with the current financial system must meet ‘know your customer’ (KYC) and anti-money laundering (AML) requirements.

The best exchange option also depends where you’re located. For more information, you can check out this list of major bitcoin exchanges/wallets around the world, and the payment options they allow.

See our article: How to buy bitcoins in the UK

Once you’ve set up your account, you’ll probably need to link an existing bank account and arrange to move funds between it and your new exchange account via wire transfer. This usually entails a fee. Some exchanges allow you to make a deposit in person to their bank account (via a human teller, not an ATM).

While people in most countries can transfer money to overseas accounts, fees are much higher and you may face more long delays changing your bitcoins back into fiat currency (should you still wish to do that). If you are required to link a bank account to use the exchange, it may only admit banks from that country (for example, CoinBase allows only US bank accounts).

Warnings about exchanges, wallets and banks

Despite the proof of identity requirements, remember exchanges and wallets are not regulated as banks are. There is no insurance for your account if the exchange goes out of business or is robbed by hackers, such as may have been the case with Mt. Gox.

Bitcoin does not have legal status as a currency in most of the world, and authorities usually do not know how best to approach thefts. Some larger exchanges have replaced customer funds after a theft from the exchange itself, but at this stage they are not legally obliged to do so.

Further, if a theft from your personal wallet occurs due to a security or password lapse on your part, you do not have any guaranteed way to recover your funds.

Some existing banks see digital currency as a threat to their business model and have been known to discriminate against anything related to bitcoin. Their responses have ranged from refusing transfers to specific exchanges, to unilaterally closing accounts of anyone mentioning bitcoin, without explanation.

Check the list below first to see if your bank is one of them and, for your protection, open an account with a bank known to be more bitcoin-friendly.

Here are some banks known to discriminate against bitcoin.

If you live in a city, prefer anonymity or don’t want bank hassles, the easiest option to acquire bitcoin is to make a face-to-face trade with a local seller. LocalBitcoins is the primary site where such transactions are arranged and prices negotiated. The site also provides an escrow service as an added layer of protection for both parties.

There are security considerations for both buyers and sellers, especially if the trade is a sizeable one. Always meet in a busy public place, don’t meet in private homes, and take all the precautions you’d usually taken when walking around with large amounts of cash.

Remember, if you’re meeting face-to-face somewhere, you’ll need to have access to your bitcoin wallet. Whether it’s a smartphone, tablet or laptop, you’ll also need live Internet access to confirm the transaction.

If one-on-one trades aren’t your thing, check out meetup.com to see if your area has a bitcoin meetup group, where you can do it all in a group setting and learn a lot from the other members in the process.

These meetups flourished in the latter half of 2013. Some big cities even have open-air events called ‘Satoshi Squares‘ where you can just walk up, buy some bitcoin, and walk away.

Given their group settings these latter two options are usually more secure, though obviously less anonymous.

Depending on the seller, you may pay a premium of around 5-10% over the exchange price for a face-to-face trade, for convenience and privacy. A reputable trader will negotiate the price before a meeting, but many won’t want to wait too long in case bitcoin’s value takes a dramatic shift.

Some sellers may let you use a PayPal account to pay, though most prefer non-reversible cash for the reasons described earlier.

It’s also wise to check first if such trades are legal in your local area. There is also a slight danger you’ll arouse police suspicion by exchanging cash in a public place, if they think you’re trading something more illicit.

A word or two about ‘mining’

What about this mining thing? I’ve heard you can make your own bitcoins.

You might’ve heard about ‘mining’ your own bitcoins with your PC or a powerful graphics card. That was possible until not so long ago, but time and the increasing popularity of bitcoin have brought more and more powerful, mining-specific devices (called ASICs) onto the network, increasing the difficulty and energy required to mine worthwhile amounts of bitcoin.

Added to that, the number of bitcoins remaining to be mined diminishes sharply as time progresses. All this means mining as an individual isn’t as cost-effective as it was just a year ago. Many end up paying more for hardware and electricity than they ever make back in bitcoin.

Most mining these days is the domain of large mining groups called ‘guilds’, and companies set up specifically to mine. You may choose to buy shares in such a guild or company, but mining is definitely not the hobbyist pursuit it once was. If you want to get into mining, our guide to that is here.

Anyone who claims you can mine bitcoins with an ordinary PC or even a graphics card array in 2014 either has out-of-date information, or may be trying to sell you outdated equipment. Beware.

Another relatively new option is ‘cloud mining’, where to mine bitcoins without investing in expensive and fast-dating equipment, a person pays to use a company’s data centres to mine on their behalf. For more, see our guide to cloud mining.

If you don’t like the idea of having to buy and safely store a large quantity of bitcoins, you can turn to an investment trust, such as the Bitcoin Investment Trust (BIT). This trustinvests exclusively in bitcoins and uses a state-of-the-art protocol to store them safely on behalf of its shareholders. So far, the fund has been exclusively for serious (i.e.: very rich) investors, but is to open to all, hopefully by the fourth quarter of 2014.

The Bitcoin Superfund is a new option is soon to launch in the UK.

Though a new concept, bitcoin ATMs are growing in number. More are on the way, from a number of different vendors including BitAccess, CoinOutlet, Genesis Coin, Lamassu andRobocoin. Like a face-to-face exchange but with a machine, you insert your cash and receive a paper receipt with the codes necessary to load the bitcoins onto your wallet. Once again, you’ll need to already have a bitcoin wallet (locally stored or online) to use the ATM. 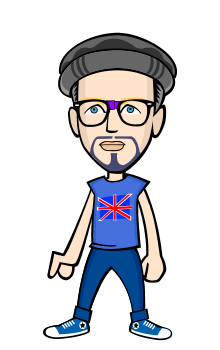 DLA NATURALS is an international family company involved in the research, development and production of food ingredients, nutritional and beauty products. SFF is the foundation created by the Ladriere/Tiru family, owner of DLA NATURALS inc. to provide livelihood to people (called Volunteers) and to use its ressources in feeding programs…

How to use Bitlanders effectively ?

I am new to this website and i would like some opinions how i can use Bitlanders effectively ...... …