How Do You Celebrate Christmas in Your Country 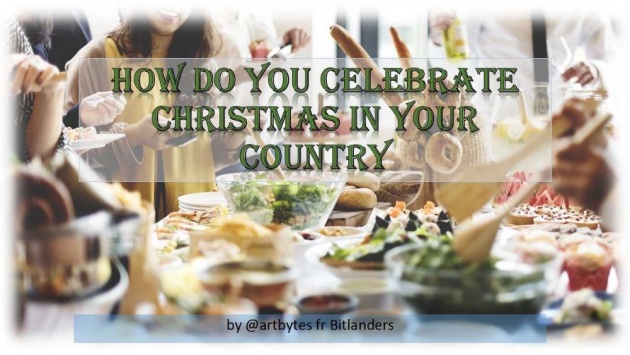 It's Christmas once again. People from different countries, cultures and even religions celebrate this festive season. The celebration also differs from one country to another. Even the greetings also differ. Some prefer the more traditional and religiously related "Merry Christmas" and some prefer the secular greeting " Happy Holidays!".

Some would even call it with different names.

... and perhaps other names that I am not aware of. 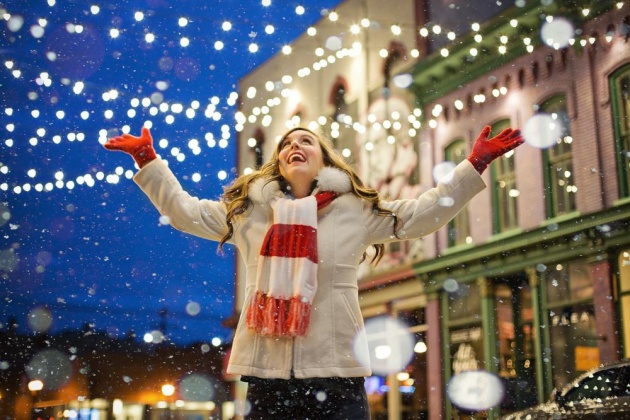 Some things are quite common though. Wherever in the world, those who celebrate this festive season will adorn their houses, establishments and even the city streets with these symbols. 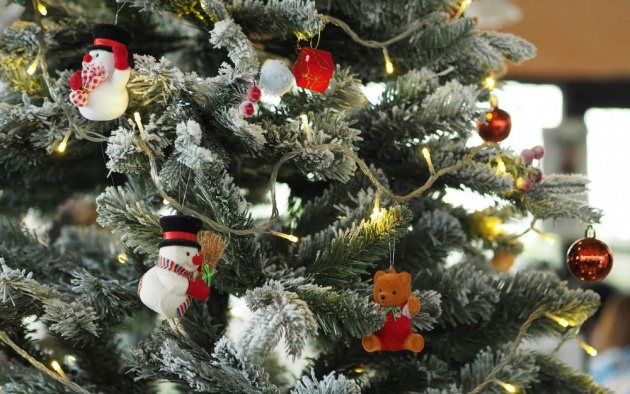 Of course, the air is filled with joyful songs pertaining about Christmas or the holidays.

Each of these symbols has their own stories how they became parts of the Christmas decorations.

How is Christmas Celebrated in the Philippines?

I have come to believe that the Philippines is the country that celebrates Christmas the longest. On the first day of the 'ber' months (or the months that ends in ber), you will start hearing Christmas songs over the radio, and people would already start decorating their homes and even business establishments during September. Or at least take out the Christmas decorations stored from the previous year. 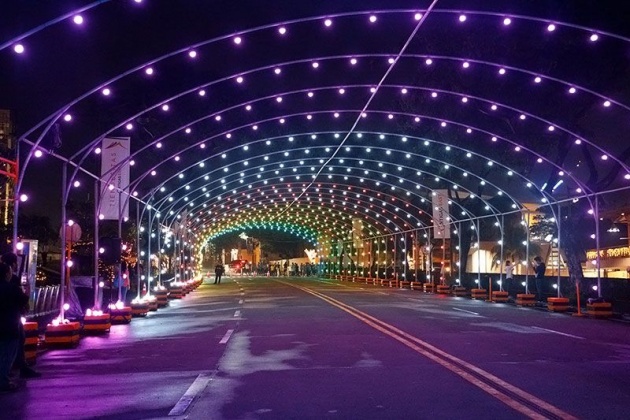 By October and November, shopping malls and other commercial establishments would start displaying their Christmas decorations for sale.

The Philippines is dominantly Catholic. The preparation for the coming Christmas celebration starts on the first Sunday of Advent. (https://en.wikipedia.org/wiki/Advent_Sunday)

“Advent is a season observed in many Christian churches as a time of expectant waiting and preparation for both the celebration of the Nativity of Jesus at Christmas and the return of Jesus at the Second Coming. The term is a version of the Latin word meaning "coming". The term "Advent" is also used in Eastern Orthodoxy for the 40-day Nativity Fast, which has practices different from those in the West 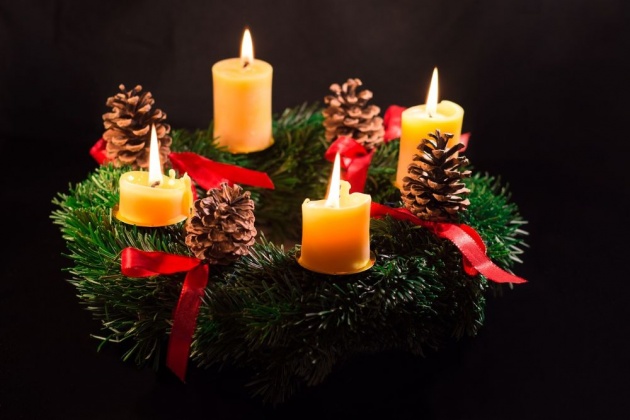 Then, the 16th of December starts the traditional "Missa de Gallo" or Dawn Mass or "Simbang Gabi" as we call it here in the Philippines. Catholics would brave the cold temperature to hear mass at 4 AM to hear mass for 9 days. 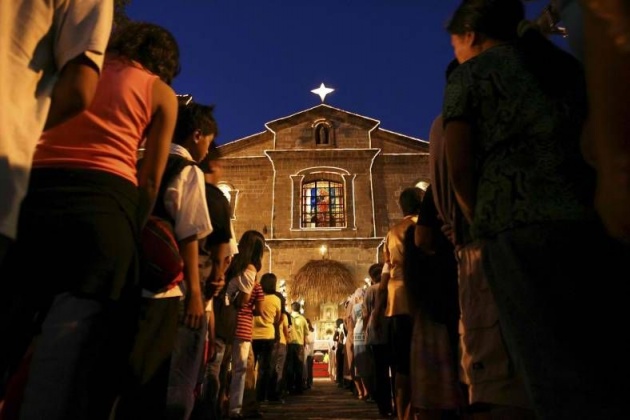 Many Catholics believe that if a person completes the 9-day Dawn Mass will have his/her wishes granted. I don't know how that belief started but I don't that is the reason why a person should go and hear the 9-day novena mass.

"The tradition of midnight mass on Christmas Eve was first chronicled by Egeria, the Galician woman who went on a pilgrimage to the Holy Land around 381–384. She witnessed how the early Catholics of Jerusalem honored the Christmas mystery with a midnight vigil at Bethlehem. This was followed by a torchlight procession to Jerusalem, arriving at the Church of the Resurrection at dawn.

Another common site during Christmas in the Philippines is, children would brave the streets sing Christmas carols to passersby and even to vehicle passengers and ask for some change. Some would go from house to house in their neighborhood at night.

Some groups of professionals or organizations would also do the caroling to raise funds for their cause.

Here is a video of a group of five young Americans who brought the Filipino style of caroling into their neighborhood. Their purpose... so they can buy food for the Nochebuena.

Starting a week before the Christmas eve up to the first week of January, offices and different organizations and schools hold their Christmas parties. To schools and some organizations, it also marks the start of their two-week Christmas vacation.

Part of the activities during Christmas parties and often during a family celebration is the exchanging of gifts. Sometimes, or perhaps most of the time, they make it more exciting by playing manito-manita. Where the recipient does not know who will give him/her the gift until the giver announced the name of the recipient. 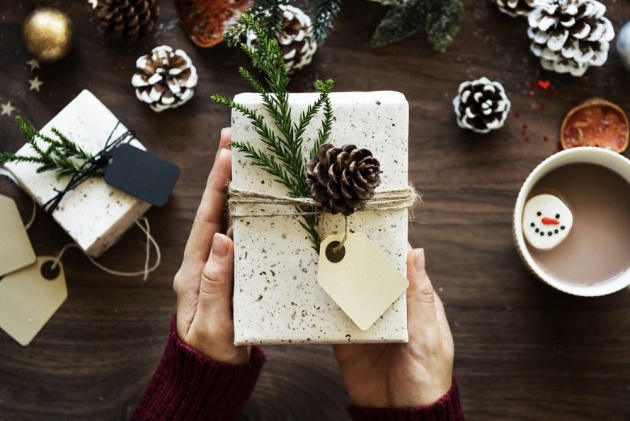 It is done by drawing of lots a few days before the exchanging of gifts. The giver would draw a rolled-up piece of paper with the name of his/her recipient. If the person draws his/her own name, the paper will be returned and that person will draw another name.

A few years ago, when we were doing this, a statistical anomaly occurred. The first 8 persons who drew from the lot, including me, drew our own names. We all awed and laughed and did the drawing of lots again.

Nochebuena is a Spanish word referring to the night of Christmas Eve and celebrated on December 24 every year.

Nochebuena is celebrated in the Philippines with midnight dinner with the family. Usually done after attending the Christmas Mass, which is held an hour before midnight. Some Filipinos would prepare a simple but special dinner. Some families though prepare a feast. And the star of the table? The lechon or roasted pork 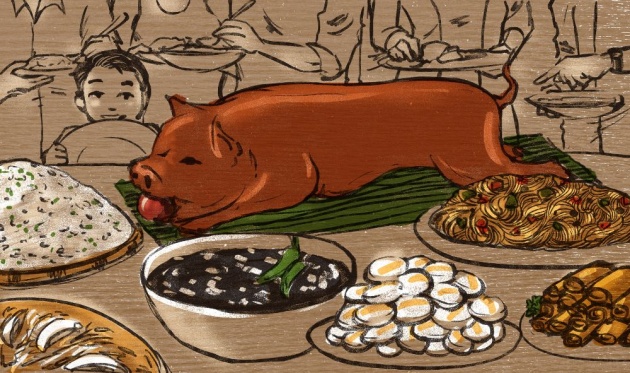 Our Plans for tonight...

"Did you know that December 25 is not the actual date of birth of Jesus Christ?"

Wherever you are in the world, let me leave you with a greeting... 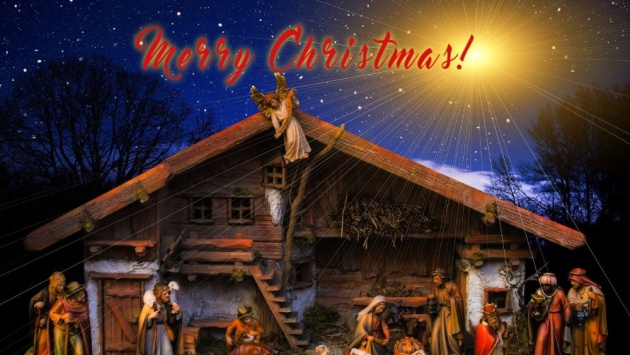