Cat has its own ways of talk. Sometime, we say that it's just an object that moves, but some of us are unknowledgeable about their kind. Not only cats, every animal has its own unique languages. Dogs have different ways, birds, buffalo, pig, hen, and horse. As long as we know their version of communication, we can truly experience the wonders of these creatures. We can share and express our feelings to them, don't despise their ability. They want to know us more to be qualified of their pure love. Now let me tell you, we humans can talk with animals in three different ways: speaking, body language, understanding their moods.

Cats make noises depending on the occasions they see. We can always talk to them when they feel the right time. Owners should know what they mean depending on the sounds they make. Lots of cat owners say that their kitties talk oftentimes with each other. If you are willing to learn the sound they produced, you can comprehend them efficiently and will be amazed by their own vocabulary. Don't neglect their greetings vocally. When you communicate with your cats, they respond with a few words, means they know it is small talk.

Courtesy of the video: Cole and Marmalade

Cats relax when they purr and hiss if unsure. They growl if complaining of some things especially when hungry. However, growling is a strange voice if they're angry.

Cats have secret meows by opening their mouth that we humans can't hear. Only the other animals can know it. It has no sound. 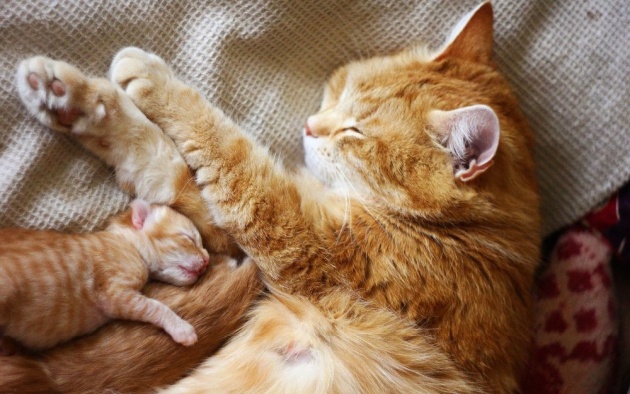 The queen mother usually uses its body language to talk to its kitties.

Most sounds of the cats are for humans. Though, the queen mothers talk to their kittens. They also talk about cat-mating. The mother yells if its kittens are away from its side and if it wants them to come closer. It has different sounds that only the kittens can understand. As a pet owner, observe their talking so you will not ask yourself often how to understand your felines. The mother cat teaches the kitten how to growl when they see a mouse. The sound is a warning for the kittens to be wide-awake before the prey can be taken by the other cats. 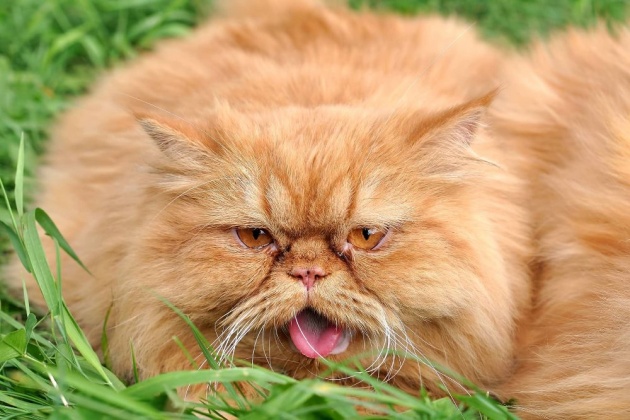 Know your cat's mood by observing. Toms in a heated temperature usually cry.

The young queens roll their bodies on the floor, pushing its head to the ground and rear in the air to call for mating. Before it falls, bring your cat to the vet to be spayed if you don't like it to reproduce more cats. 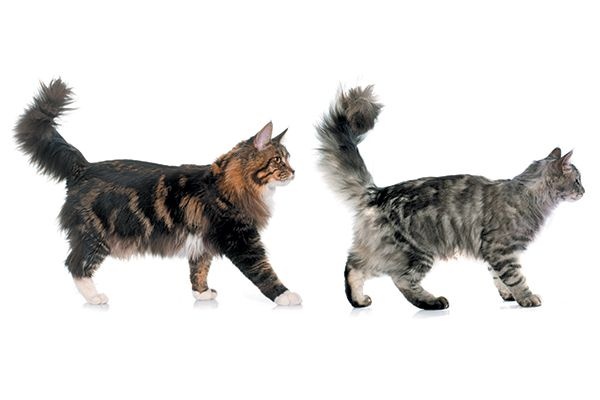 Tail says many things. I can easily understand my cats through it. It sways in the air upright if they greet. It hangs below and curls to prepare to attack their enemies. They sway it from side to side if they're angry. 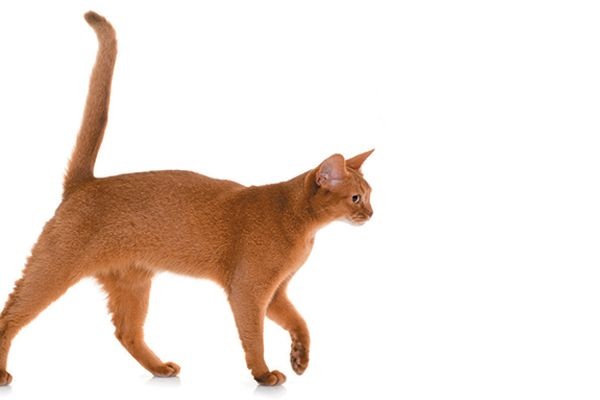 You can know your cat if it is happy if the tail sways at the top at the right side. It also invites for a play. Seeing it is your time to create bonding together. Now you are aware when is the best time to play. 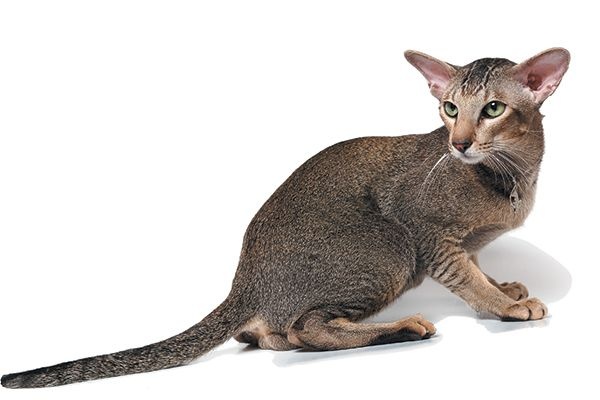 You can understand your cat if it is sad if the tail is in a straight position on the ground. Try to find something to make her happy and don't add fuel to fire because it is aggressive too. 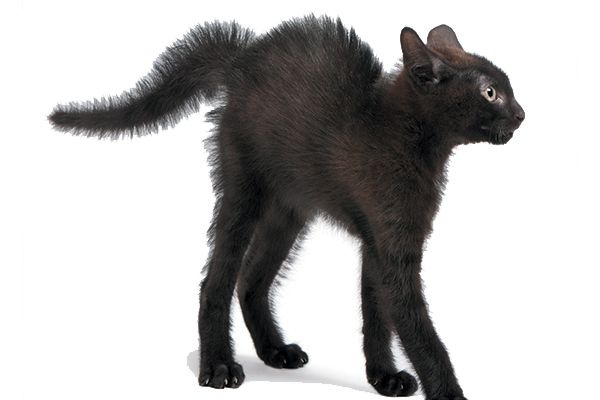 Don't try to communicate your cat if the tail is puffed with raising coats. It is angry, sad, and scared. 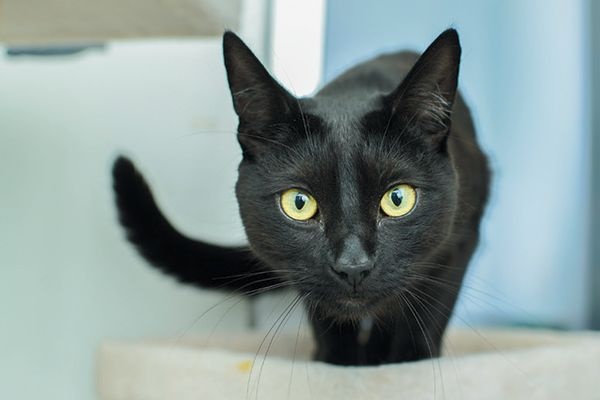 Your cat is focusing something with wide-eyes opened while the tail is swaying steadily from left side to the right. 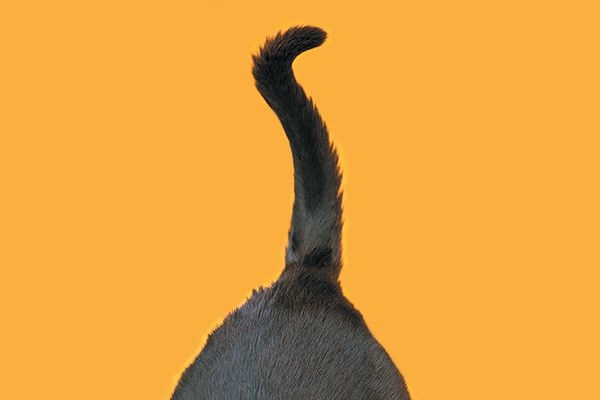 The cat's tail is curled at the top. It is the best time to cuddle and pet it. Curling at the top indicates a friendly character.

Source of images above

Through their ears, the cats carry it from side to side when they hear noises. The ears move on the top of their head. The ears spin if they like to hear the sound sharply. Even when they nap, their ears continue to move to catch the noise. Ears move backward if they invite us to play or the other cats. Ears are flattened sideways if they're grudge and annoyed. Their eyes are half-closed and ears are flattened again to bestow a submissive gesture.

The mother cats are a very concern to their kittens by washing their fur. They also use their paws to keep the kitties in one place. Paws are also used to slay down the enemies. If claws come out uncovered means annoyance. When we see them in their covered-claws tapping to their cheeks and nose, they're showing affection. Communicate with your kitty by responding the affection kindly. 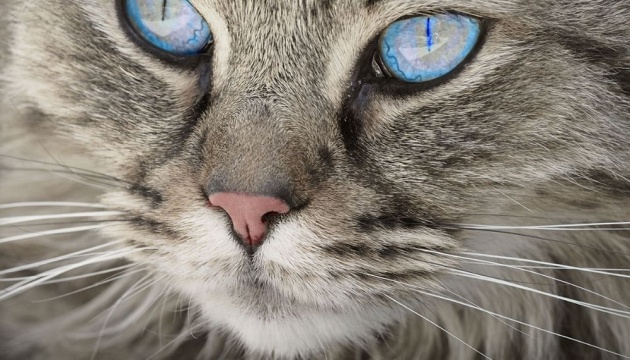 Cat's whiskers are twitching in other directions fitted to their moods. With eyes opened wider means they are interested in some things or half closed. They can see many things humans can't see that they focus on.

Butting their head to a pet owner expresses its love, affection, and seeking attention. It sharpens your understanding of how to talk and understand feline by language if you don't ignore it. Cats butting with each other means a friendly love. It's a sign of approval. Headbutting is a sign of courtship.

Cat's body can communicate in different ways. Its back is arched turned sideways if it is defensive. Usually, the mother cats would do this to protect the kitties. They are very confident to attack the enemies by showing aggression. They move nearby the opponent to expect submission.

Raising their heads as sitting nearby the door means they like to go out. When they sit down the door but their heads are on the floor, they know there is something outside.

Its paw is sealed and tail wrapped around the body as sitting in the window if relaxed. They are preparing to catch the birds and interested in people and some things if they sit at upright of the window.

If you communicate your feline by hurting and raising your voice, it grooms itself close to you expressing its sadness and nervousness.

You can make them really mad and afraid of you.

I have a 4 year old cat,, MewMew, that has never had interaction with other cats since she left her abuser’s home at age 4 months. Just her and me. Never had a reason to yell at her, had an old computer chair to let her scratch on, she never clawed my couch or other furniture, she didn’t try to eat my food. All in all really well.

Now, with her at age 4, kittens have been introduced to her We did it carefully and well, and she has taken to the pretty well, but sometimes she becomes a bully. She’ll pin a kitten down and start biting their necks hard, causing the wee 14 week old bit to yowl in pain and fright. I had tried everything to get MewMew to stop, and lost my temper with her, Grabbing her by her scruff, I lifted her off and yell NO! YOU DON’T BITE THE KITTIES! in her face really loud, dropped her and she ran off. For several days, anytime I’d approach her, for any reason, she’d snarl and run off, even if i called her name normally or sweetly and tell her she wasn’t in trouble.

Well, she continues to occasionally bully the kitties, and when I get up, she jumps down and runs away, but the problem isn’t solved, so a teen boys is working on the issue, to calm her down and coax her to behave and it’s working.

See, yelling at a cat is as damaging as yelling at you or me or our kids. It’s upsetting, angering, embarrassing and humiliating. Cats a re very intelligent and have feelings, so don’t yell at your cat!

Cats talk to us even not in the mood and would always respond to our moods if they like to know us. They sit down beside in bed if they notice we are ill and be contented to be in our side. If they see us happy, they play. Pet owners should be responsible to understand. Always give them the attention they need and avoid having someone else to take care of them while you're busy. Lacking communication to your cat allows it to feel sad and rebellious.

Cats feel starving, angry, resentful, possessive, rebellious, sick, disgusted, tired, and disdainful. They feel happy, affectionate, restful, playful, loving, friendly, and most of all, thoughtful. They don't feel blameworthy. Punishing the cats is always a wrong move because they don't think it is a crime. 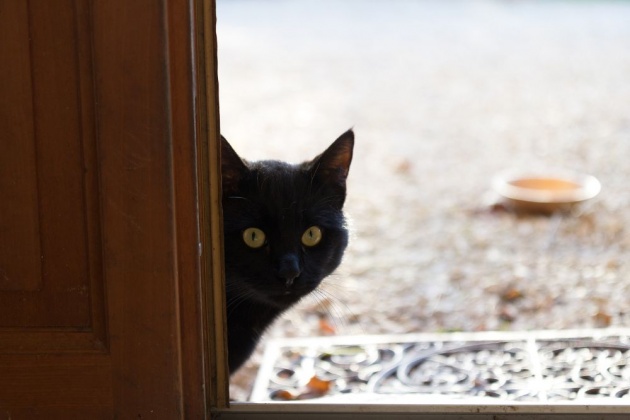 Cats also feel shy. Cat grooming is the best treatment for a shy kitty. Mostly, they do it by themselves.

Anyone who has a cat is familiar with a mad half hour. They are fully awake in early evenings after their long naps at the daytime. They go to the wild to hunt for their meals. The cat indoor uses all its energy to leap around the furniture and pounce, pretending it hunts a prey. Do this at home as a pet owner to know your cat more, learn the game, know the tricks like a good exercise. Some felines are relaxed on mad half hour especially the old one but many cats are still enticed to it.

Kittens like to play hide and seek. They adore to play it more if you have many cats. They talk with one another to suggest another game that is very appealing. Pet owners can give a game to play that they like. They enjoy the moving objects. Don't laugh while they enjoy playing the moving object or they'll be insulted, thinking that we stained their dignity.

Felines become sad too if the owner dies or their friend. They are broken-hearted when they don't like to eat but just wander around the house and meow.

Cats need companions most of the times. There are some cats that make their preys as friends.

I have many cats at home. Having a pet like this is one of my joys. Find love from a family and friend, you can it seek from them!

When I did not have cats before, I thought that they're only animals who can't talk and understand us, but it is reversed. Only humans who never talked to cats, ignore their beggings and affection, rejects their application for approval, and don't talk to them- thinking they're just an object. Yet, they love to communicate with us. Therefore I say that it is essential to know more about them before owning one. In this way, we can communicate and understand our felines better. They have feelings too.

Courtesy of the Video: Panthera Partha

that pays you to blog.

19 THINGS YOU SHOULD KNOW BEFORE ADOPTING FELINE

Cats are the runes of beauty, invincibility, wonder, pride, freedom, coldness, self-sufficiency, and…

?WIll we miss them?Endangered Species

Will we miss the bald eagle? The bald eagle is not really bald.It is called bald because from the di…

The Animals In Davao Crocodile Park

The Davao Crocodile Park is considered one of the finest tourist attractions In Davao. It boasts tho…