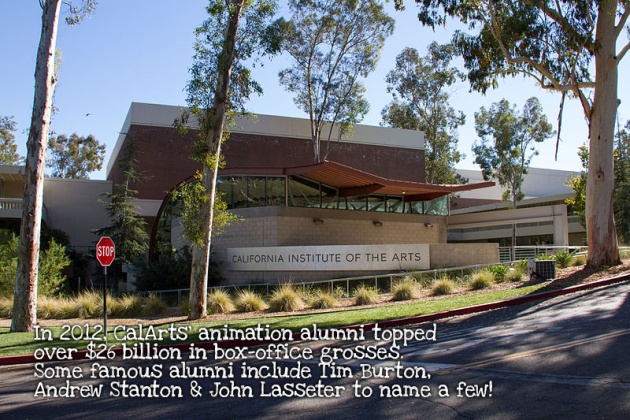 This blog post is part three of three.  In the last post, I wrote some advice on what to look for when choosing a private animation/film school.  In this blog post, I will discuss the benefits of animation/film programs at public post secondary institutions.  These words are based on my experience both as an animation student at a public university and a classical animation instructor at a private art college for four years.

The other option for learning filmmaking and animation, besides attending private technical art colleges, is going to a public university or college, which is what I did when I attended the Emily Carr University of Art and Design in Vancouver, BC from 1998 to 2001.  Although, while still quite intense, these public programs are sometimes cheaper because they are government subsidized and more creatively fulfilling because they are Bachelor degrees which span over four years of education.  As well, certain public universities may not be as industry focused as a private institute might be, but they definitely allow more time for experimentation and artistic creative development.  Remember, private colleges are created to essentially churn out industry-trained workers. Private schools may not focus as much on creativity as a public school would because you're essentially being trained to learn the skills needed to make you competent enough to texture map video game characters or animate using Flash for television cartoons.

University animation and film programs are designed to challenge students creatively but may not be as technical or have the latest equipment because they are publicly funded.  This often means that tuition fees can be cheaper per year than private colleges but at the same time, there is much more competition to get in with fewer spots available.  Therefore, portfolios/grades become very important tools of determining acceptance into a program.  Also, it is usually more difficult to be accepted if the university has a higher level of prestige and rating, like CalArts.  If the school has a good reputation for producing talented and creative graduates who are excelling in their fields, companies often go out of their way to seek out the school's graduates.

Also, another thing to consider about universities, is that your instructors are normally full time professors. So while they may be more experienced teachers, they may or may not have as many industry connections as a private school instructor would since private school instructors are usually industry artists hired on a part time basis to teach.  Therefore, the level of technical training may not be the main focus but in terms of creative learning, public institutions are a place where you can take time to mature your art making and experiment taking courses in other disciplines and mediums like photography, sound design, filmmaking, design, etc.  At a private school, there isn't much flexibility with your courses and they are normally set for you to teach the specific skills you need to find work after graduation.

When I graduated from the animation program at the Emily Carr University back in 2001, I was discouraged because I didn’t feel I was trained enough to work in the industry.  I just couldn't find work post graduation.  The focus of the animation degree I took was to learn to be an animator but also to be a well-rounded artist and filmmaker.  What I didn’t realize then was that this training was exactly what I needed to be where I am today. I now own my own production company and make my own films. I couldn't imagine working for another company and being told what to do. As an independent filmmaker, I have found my bliss and I can’t think of anything else I’d rather be doing right now. So for me, getting a Bachelor of Media Arts with a major in Film Animation was the right choice because I learned how to be an animator, director, screenwriter, and producer.

I essentially learned how to make my own animated films, thus wearing all the hats in the learning process.  While I felt I came out of the program a ‘Jack of all trades master of none’, I do feel like in the long run, this was a best choice for me based on the skills I developed and still use today.  Thus, I’m very thankful of the education I received when I attended the animation program at Emily Carr, which taught me to be an multifaceted artist as opposed to mastering one or two skills and getting stuck doing a repetitive production job for the rest of my life.

Yes, it took me a while to find my footing after graduating but eventually I got there with some hard work and perseverance (read all about it here).  Also, it’s important to mention a few of the animation students I graduated with did manage to get work in the industry making video games directly after graduating…but I really believe it wasn’t because they knew how to operate software but because they were artists.  Remember, a lot of video game and animation studios value creativity and artistry because at the end of the day, anyone can be taught how to use a program, which is really just the tool used to create the art.  If you're going to work at a company, the funnest jobs are often the ones where you're part of the creative team and in all honesty, really creative people are hard to find.  As well the creative people are the ones making these companies money because they are coming up with and developing all the new and fresh ideas.  Being creative, is often times the edge that will help separate you from the pack when you're out there hunting for work.  Put as much creativity in your school assignments so when you go to create a demo reel all your talent, skills, and imagination will shine though. 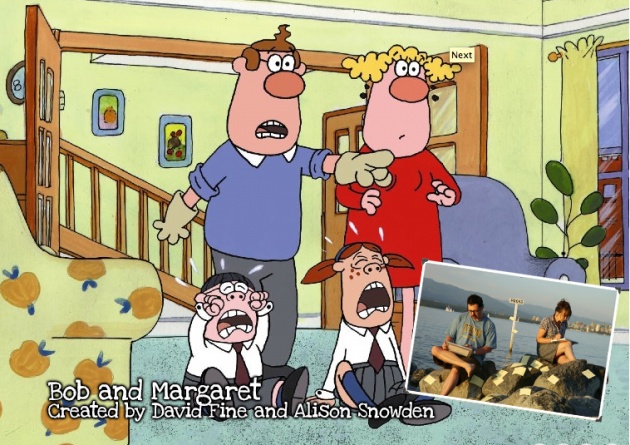 As one final word of advice…In response to early blog posts on this subject of animation schools, animation friend and Oscar winner, David Fine, commented, “From my personal experience, what I found was that the other students at the school were a bigger influence on me than the tutors. That is, choosing a school that attracts the best and the brightest means you will be inspired and encouraged by your fellow students.”  Very sound advice indeed…Especially considering that David actually liked his classmates so much he ended up marrying one!  While in film school, David would meet his wife-to-be, Alison Snowden, and together they went on to make a student film called Second Class Mail in 1984 that end up being nominated for an Oscar.  Once married, David and Alison went on to create Bob’s Birthday in 1993, which ended up winning the Oscar for best animated short in 1995 and spun off into a successful animated series entitled Bob and Margaret.  They are still happily married with a lovely daughter and continue to creatively inspire each other well past their days at the National Film and Television School in England.  So sometimes film school can turn out to be a lot more than just getting a diploma or a degree…sometimes you can end up with a wife or husband, who can be your life long creative partner…which in my eyes is a pretty sweet bonus! (ps…David and Alison also did an animated segment in Yellow Sticky Notes | Canadian Anijam…watch the trailer here!)

In conclusion, think of what type of artist you want to be.  If you want to make video games go to a school that specializes and excels in training students to be video game artists.  If you want an animation/film degree find a great university with a good reputation.  Talk to the students at the school to see how they enjoy the program.  You’re going to be spending 80 hours a week at that school, sleeping under computer desks, and probably eating packages of instant noodles everyday, but cherish this time of your life and it will pay off for you, especially if you it give your all and constantly challenge yourself.  Remember, no one is going to hold your hand so it’s all about being self disciplined, hard working, and focused because after you graduate, I can guarantee you, it’s all about to get much more ‘reel’!

Next post is about finding a job in animation and film and creating a demo reel.  As a small studio owner who gets sent hundreds of reels by animators looking for work, I will share my advice on putting together a successful demo reel in my next blog post.  Please subscribe to be informed when I post new blogs and videos...and please share this blog series with anyone who might be considering animation/film school.  Thanks!

Here is an example why animation school is a good idea...this is an extremely rare collection of animation assignments I did from 1998-2001 which clearly show me trying get out some of those 50,000 bad drawings!