I Saw the Hell 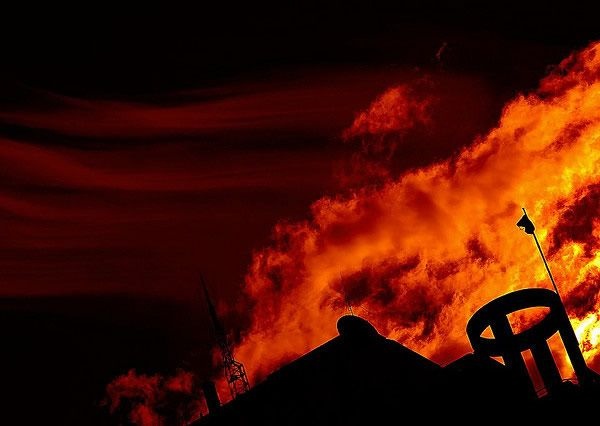 The clock signaled the end of the day, darkness was slowly covering the sky. It was a peaceful atmosphere and the people were tired after a long tough day. Everyone was waiting to get home to their humble cottage to start the night with the lovely and beautiful smiles of their kids, the ones who could give them peace, give their hearts comfort and optimism about the future. It may have been the only thing that gave them energy to work despite all the threats and jeopardy.

But, this peaceful atmosphere was changed by a horrible event, an event that would light up the night sky and darken kids’ lives and make their food taste awful and their mud cottages sad. An evil suicide bomber attacked at the Sheerdervazi bridge.

I was in my car on the way home when suddenly a horrific sound shocked the car. Dust and smoke covered everything. For a second, everyone was silent and did not know what to do, and then the shouting and yelling for help began. I ran to see what had happened. A car was on fire and people were trapped in the car and yelling. Other people surrounded the car and tried to put out the fire, but the fire was getting bigger.

The firefighters were slow to arrive to the scene because they may move cautiously in case there is another bomb ready to go off. Emergency workers have been targeted in the past. Besides that the roads were crowded with traffic. Other countries have planes to put out fires in emergencies like this and no one understands why we don’t since we have been given so much money over the years. As soon as the firefighters arrived people started hitting them with stones and sticks for being so late. The people were very upset. They felt that if the firefighters had arrived sooner the men could have been saved. Finally, the fire was put out. We learned that the targeted car belonged to the Afghan National Army.

When it was over, no one was left alive – only the charred bodies and the car’s burned skeleton remained. I saw the bodies carried away, but quickly hid my eyes from the horror. I pictured a mother who had lost her son, a woman who had lost her husband, and a child who had lost his father in this brutal attack, or in other similar attacks. The lewd monster of suicide was just thinking about how to go to paradise and reach his dream of angels, and end his lust. In his point of view, he had served his God and sacrificed himself for God. It didn’t matter to him how many people had lost their lives and how many homes were destroyed, with the other people in them left wailing.

I had heard about hell, but that day on Nov. 22 in west Kabul hell was in front of me; I saw the hell and felt the hell. I saw the fire gushing and people burning and shouting for help. It was like doomsday when everyone is waiting for his destiny.