If People Have Superpowers

When I was younger, I used to dream about having superpowers.  I used to play with the other kids, or even with my dogs, and pretended that I was a villain, a villain with supernatural powers. During those times, I would use my imagination to dream that the reason why my furry playmates turned into dogs was because I cursed them.  I dreamed that I had the power to transform people into whatever I wanted.

I used to ask myself as a child, “Why is it that humans can’t have magical powers?” “Why birds can fly?” “Why eagles have very sharp eyesight?” “Why can’t we have those characteristics? ” As a child, I wasn’t able to understand the balance of nature. I didn’t even know what ecosystem was. The only thing I knew, was that humans were supposed to be above everything. I even dreamed of inventing a potion that could make a person invisible or bullet-proof.

As I grow older, I slowly learned about human nature. I’ve learned that there are good and bad people. In fact, even worse than the role I played as a child. I realized that not all people will use their superpowers for good. It can be abused by the criminals, the terrorists and the bullies. There’s also a possibility that this can turn a nice person into a bad one

As I grow older, I have also realized that humans have their own powers. These powers are not the superb ones, but the ones that we have always had. Just like superpowers, these can be used for good or for bad. These powers are: wealth, intelligence or wisdom, beauty, societal position, charisma and skills. The other powers we have are artificial. These artificial powers are: fatal weapons like guns and grenades, internet, vehicles, computer and other gadgets.

As I see it, people have different ways of using the powers they have. Some are using it for good. They are using it to help others or to teach them. But some use it otherwise. Some bad people use it to manipulate and to destroy the people.

If we look at the world right now and take a close look, we will see that the world is becoming more dangerous. The natural powers are abused. Many people have died because of it. What if people have super powers? What do you think the world will be like right now? 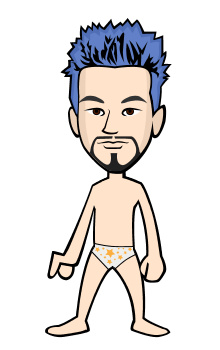