There have been privacy and security concerns around Xiaomi phones in the past but now Indian Air Force (IAF) is reportedly warning against using the devices manufactured by the Chinese company. According to a report by the Sunday Standard, the IAF has told its officers and their families not to use Xiaomi devices, citing security concerns. The IAF reportedly suggests that Xiaomi devices send data to an agency which reports to the ministry of information industry in China.

The IAF, according to the report, issued the advisory on the basis of information obtained from the Indian Computer Response Team, which also confirmed that Xiaomi phones send back data to China.

But at the moment it is not clear if the Response Team had obtained the information from its own internal testing or from a few third-party reports several weeks ago that claimed Xiaomi devices were sending data to Chinese servers without user permission. Xiaomi had denied those claims and had said that as part of its cloud services, the phone might have been sending some data to its computing centres in China.

Xiaomi has been accused of doing the same in Taiwan, and the government there is investigating the situation.

Earlier, security software maker F-Secure claimed that the Xiaomi Redmi 1S smartphone was sending back data to servers in China. Xiaomi said that its Mi Cloud service was enabled by default and then it made amends by pushing out a software update that disabled the service by default and making it an opt-in.

The IAF in its note mentioned many instances of Xiaomi phones and tablets sending back data to China. It cited a Hong Kong based user who claimed that the Redmi Note phone was automatically connecting to servers in China and sending back photos, and messages.

Previously, even the Doctorate General of Military operations of the Indian army had issued a similar warning for a Chinese mobile app. The army reportedly claimed that the location sharing feature in the app was fraudulently transmitting data to China. 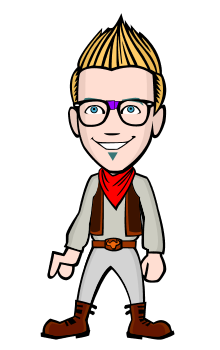 Viberate & Imogen Heap Strive to Give Equal Opportunity to Every Artist

Microsoft Company| Its Features and Flaws

Hello everyone! Photo Credits:https://www.walldevil.com As you all know that I am a student of Comp…