On 15th of August, 1947 the country India finally came into the modern world map. A country which had vast and golden history has been made finally free from British occupation after 200 years of struggle by its citizens. A struggle which made many heros who became an inspiration not only for the citizen of India but also for the people around the world. those heros are not only in the form of Gandhi who lived his whole life for non-violence and with such belief he fought against the British Army and government especially British ruling and atrocities done by them on Indian people. But there were also heros who didn't adopt the path of Gandhi's to fight against britishers but opted for violence. The violence was not in-form to hurt or take innocent lives but against those britishers who do atrocities. Such heros were Chandrasekhar Azad, Bhagat Singh, Ram Prasad Bismil, Mangal Pandey, Ashfaqulla Khan, Rani Laxmi Bai and many others who with their brave wish died at young age fighting against Britishers. There are also unknown freedom fighters about whom the history does not provide much information or those who fought and died to be an unknown against such ruling.

But all these sacrifice seems unworthy seeing the present generation of the country. People are too confused about their freedom and they feel they are still not free. No doubt, there are social evils against which we have to fight against as a society but people are confused between individual freedom and social freedom.

They tend to forget that on Independence day we celebrate the freedom of our country, a country who got independence from long atrocities faced by its citizens. Now the people have rights as well as duties to make their society better and laws for the people to uplift them. There are remedies as well as opportunities given to people against ill and unlawful acts or social evils which was not available to people of India before Independence.

It's the time now that people blaming things should rather wake up and know the law of the land, their rights and within remaining in those boundary changes the face of India and makes the bird fly again which was earlier known as golden bird. 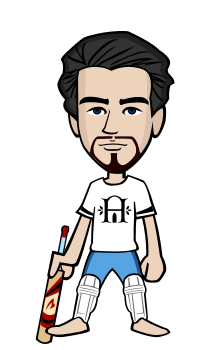 Independence Day 2018: The only city in the country, which was celebrated 5 days before August 15