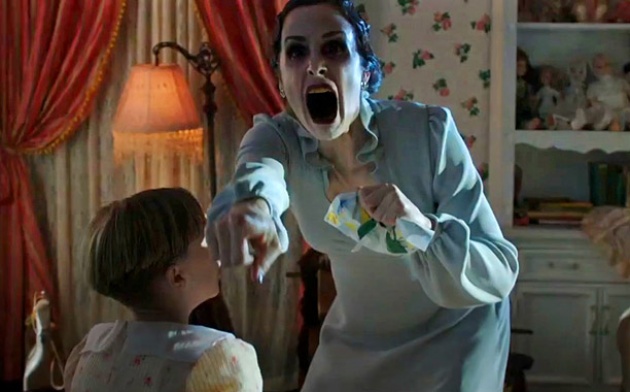 The sequel now becomes 2013's second biggest grossing horror opening behind "The Conjuring" according to Deadline.  The film also sets the second largest September debut with "Hotel Transylvania" still at the top with its $42.5 million debut in September of 2012.

The pair of star Patrick Wilson and director James Wan now own the Top 2 spots with their solid horror flicks namely "The Conjuring" and "Insidious: Chapter 2," both smart takes on the haunted house genre.  Distributed by FilmDistrict and produced by Blumhouse (Jason Blum and Oren Peli), the sequel's budget was merely $5 million.  Blumhouse is fast becoming very profitable with its low budget, high grossing films.

The other new release was "The Family" starring Robert De Niro as a, surprise, surprise, Mafia boss who is forced to go into hiding along with his family (Michelle Pfeiffer plays the matriarch) in France.  The action comedy debuted at No. 2 with $14.5 million.

The raunchy Jennifer Aniston and Jason Sudeikis comeday, "We're the Millers," rounded out the top five with $5.4 million.

Ever have a weekend all planned out in the perfect way and then things take a turn? Well, I have and…

2 video created by me