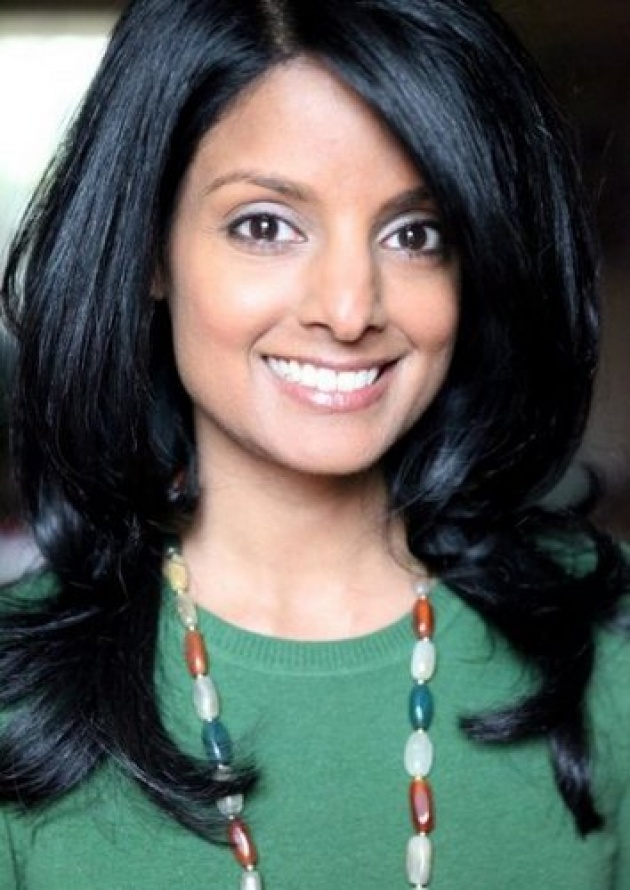 Recently, we had the opportunity to meet freelance journalist, Angela Shah, via our initiative, The Afghan Development Project. Shah's work has appeared in TIME, Newsweek - The Daily Beast, and The New York Times, amongst other leading publications. The focus of the award-winning, Dubai-based journalist includes business, society, and economy in developing countries and the Middle East.

This time, we turned the tables and interviewed Shah about her work, social media, Afghanistan, and women's empowerment. Take a look and join the conversation.

F.A. Can you tell us about yourself and the philosophy behind your work?

A.S. I am a child of immigrants from India who grew up in a small Texas town where most people thought of Indians as tribes and not Asians. Talk about not fitting in! I was shy as a kid and found refuge in books, which led to me writing. In the 8th grade, I was writing a “young adult” novel set in a high school and friends would ask me if I had written more because they wanted to read it as it progressed. I found I enjoyed sharing stories. In high school, I took a journalism class and was immediately attracted to the way in which doing non-fiction could help me connect to others and bring people together. No matter the assignment, I try to focus on the heart of the story and the people in it.

F.A. What do you look for in the people you work with and stories you work on?

A.S. It sounds simple but I’m just looking for good stories and I look to surround myself with those who are also passionate about their craft. I am fortunate to know great writers and they inspire me.

F.A. What is social media's role in your business? How much do you use it and how?

A.S. Living as an expat in Dubai, I have found social media to be very useful. At the very least, sites like Facebook provide me a virtual water cooler so that I may stay connected with friends and family back home. Twitter has introduced me to new sets of people in the Gulf and India and elsewhere, expanding my reach. And of course they both are great for promoting my work, which is key in this business.

F.A. Can social and digital technology influence a digital, cultural revolution? If yes, how so?

A.S. I think so. I don’t want to get into clichés like “Facebook started the Egyptian revolution.” But these technologies are very powerful simply in the sense that they tear down walls that borders or cultures impose on people. Young women, say, in an extremely conservative culture are able to see others like them going to school or having careers and they begin to want such for themselves. This new knowledge prompts a conversation among families and among communities. Also there is the opportunity for accountability. The Saudi women who participated in last year’s driving campaign were, on the whole, it seems, punished less severely than those who were in one 20 years ago. Part of this is the span of 20 years, but part of it is also the fact that those videos were posted on FB and Twitter and people around the world knew about them and would go asking about them.

F.A. Where do you see the future of developing countries like Afghanistan? Do you think digital and social media can help improve their economy and education system?

A.S. Afghanistan has significant hurdles as it tries to get on its own feed economically. I think media is a way to engage communities in all parts of the country, in many ways for the first time. Also, it could provide Afghans a way to hold their leaders accountable.

A.S. Well, as I wrote a story about Roya and the company’s initiatives, I think you could say that I find it an interesting program. I will be interested to see how the partnership develops and to see, over time, the effect it has for the girls on the ground. What do they do with the computer access? How will it improve their education and chances for further education? Can these digital and social media tools help them navigate what are in my opinion some very restrictive cultural mores.

F.A. As a successful woman in business, what advise would you give to young women in Afghanistan and other developing countries?

A.S. My parents have always stressed education and I do believe that getting educated is one of the most important factors in developing girls and women. Unfortunately, for many, just doing this is very difficult. I applaud people like Roya who persist in their desire for education and helping others get one as well.

F.A. How is education an important factor for women's independence and self esteem?

A.S. Very important. The sense of accomplishment from tackling new and difficult subjects, from doing things that some people think women perhaps can not do is key. It’s about creating your own destiny.

A.S. I think so. The specifics of these opportunities are up to entrepreneurs like yourself. But certainly we have already seen technology profoundly change the way we live and I don’t see why it won’t continue to do so.