Introduction:  Afghan media superstar Khatera Yusufi is a force for change in Central and South Asia, and is what we would call a Renaissance woman: a person of many interests and talents.  Khatera is a well-known journalist, television personality, writer, academic, and social activist in Afghanistan and Germany.  She has received many professional awards and much public recognition throughout her career. 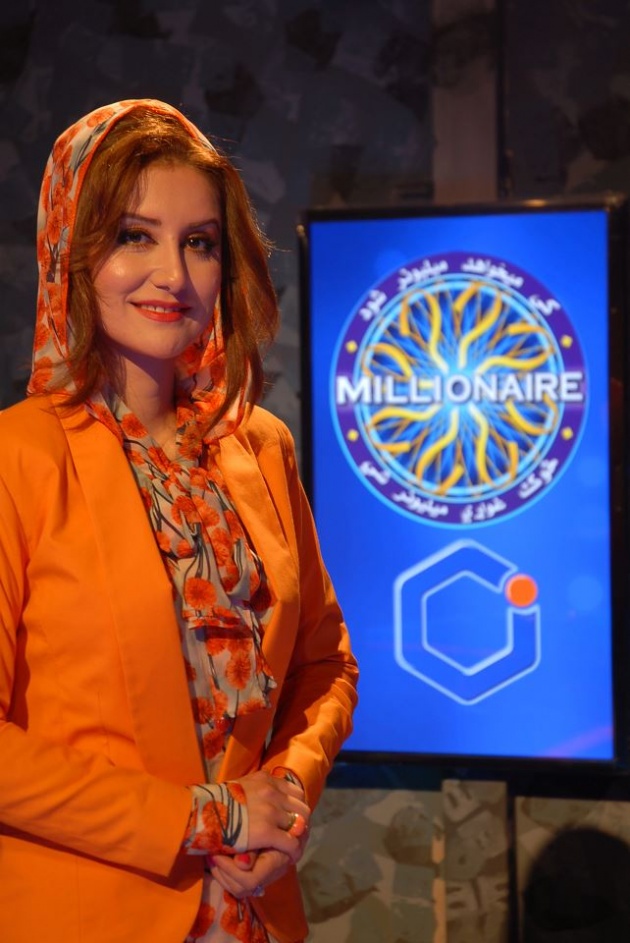 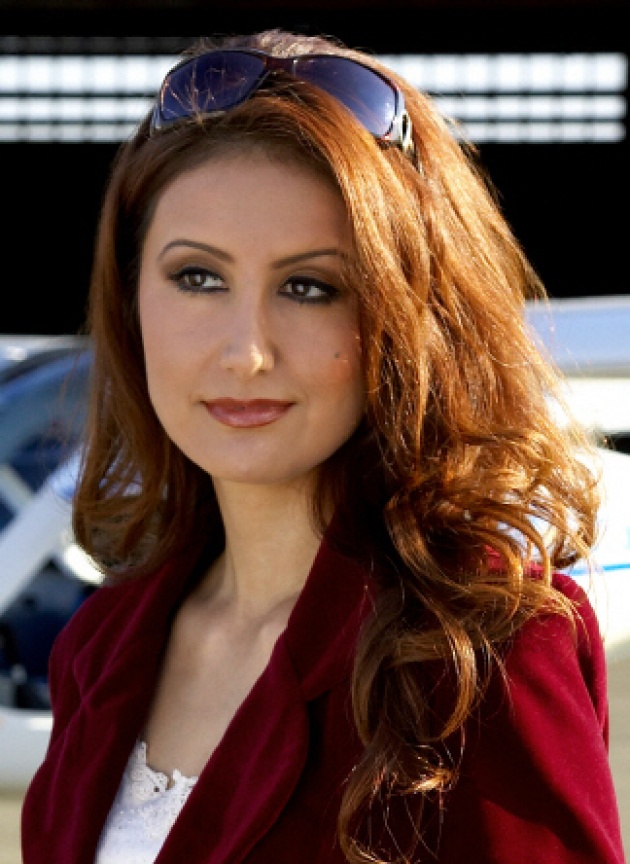 Khatera Yusufi was the popular host of  کی ميخواهد میلیونر شود؟  Kee Mekhwahad Meelyoneer Shud or  “Who Wants To Be A Millionaire," which was Afghanistan's 52-show franchise of the world-famous television game show.  She also created, produced and hosted “Green View,” a well-known Afghan television talk show similar to “The Oprah Winfrey Show” in the United States.  Overseas, Khatera has worked as a journalist for two German TV channels, and is a prominent women’s rights activist and peace ambassador for several international organizations.

Khatera has been selected to be a presenter and host at many televised festivals and gala events.  She has served as a jury member at the International Film Festival of India, one of the most significant film festivals in Asia. She has worked with former European Commissioner and current Italian Minister of Foreign Affairs Emma Bonino in supporting a variety of humanitarian projects and human rights organizations, such as the Gesellschaft für bedrohte Völker (Society for Threatened Peoples), Freundeskreis Afghanistan (Friends of Afghanistan) and UNICEF. 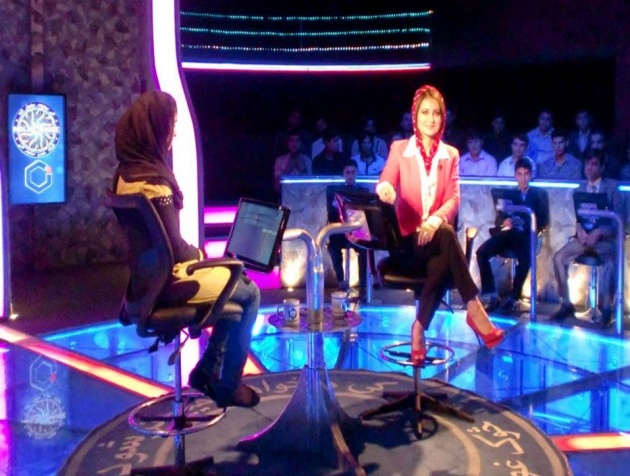 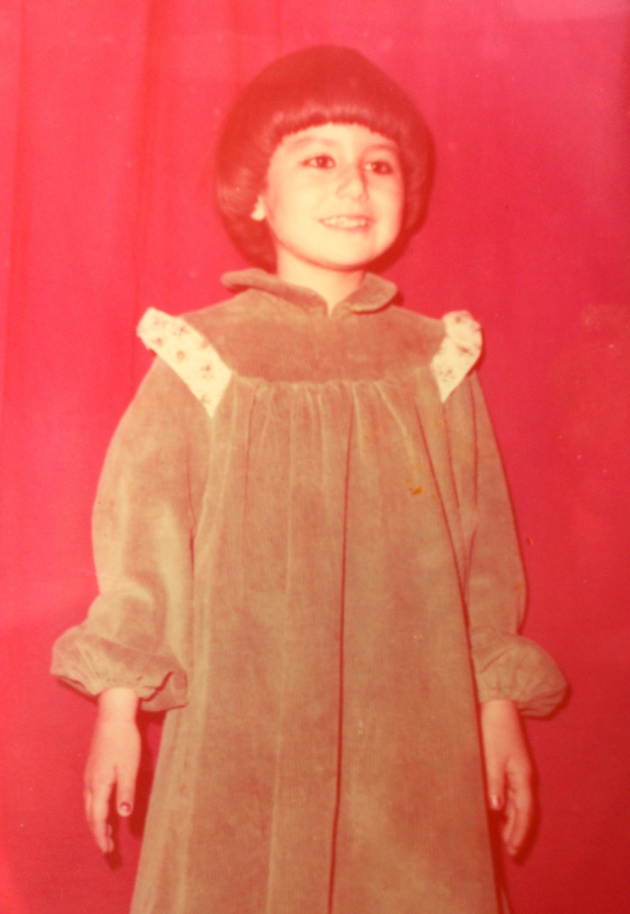 Khatera Laily Yusufi was born in Kabul.  Her first media experience was at the age of five, when she appeared on an Afghan children’s TV show.  Civil war in Afghanistan forced her family to flee as refugees to India in 1989.  Even as a refugee of war, she still found joy of life and hope in India.  She learned the Urdu language and became fascinated by Indian culture, music and lyric poetry.

Years later, she focused on Oriental Studies and dramaturgy at Ludwig Maximilian University in Germany, then was selected among many candidates for a prestigious German TV academy.  There she studied television journalism, media studies, and production technology, and then entered the world of international media.

Khatera is a life-long lover and patron of the arts, and has organized several international literature and cultural festivals.   She has a talent for languages, is fluent in six, and effortlessly moves back and forth between them in her media and cultural engagements.  She is well-read in Persian, French, German, and English literature, and has a special love for the poetry of Rumi.  During her school years, the works of Goethe, Brecht, Hemingway, Rilke and Rumi were among her favorites. 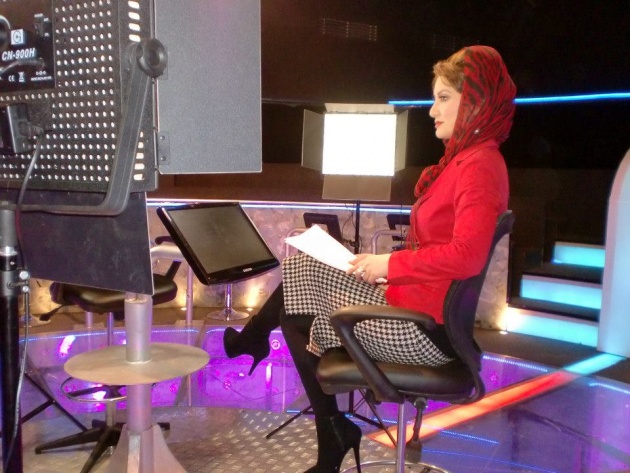 Khatera speaks here in Part One of a two-part interview with Edward Zellem, a U.S. Navy Captain and the author of “Zarbul Masalha: 151 Afghan Dari Proverbs” and the “Afghan Proverbs Illustrated” series.

Film Annex:  It’s a privilege to speak with you, Khatera.  Thank you for inspiring us all with your work as an Afghan thought leader and role model.

Khatera Yusufi:  Thank you for giving me this platform to express myself, Dagarwaal (Captain) Zellem.  دگروال زالم   Do you happen to know the meaning of your last name in Dari?

FA: (laughs)  I do.  I’ve been told that my last name زالم means “merciless” or “ruthless” in Dari and Farsi.  But tashweesh nako, تشویش نکن  Khatera jan, it’s just a coincidence.  And in any case, I would never try to challenge someone with your credentials!

KY:  (laughs) That’s very funny.  Well, tashweesh nako to you also.  You don’t have to worry about me, Edward jan.  I’m usually a nice person too.  Khanda namak-e zendagee ast.  خنده نمک زندگی است   Laughing is the salt of life! 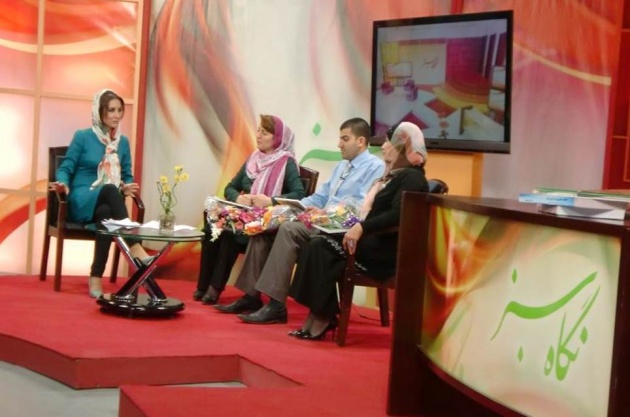 FA:   Thank you for that, Khatera jan.  You’re an Afghan media star, journalist, scholar, and social activist. You have hosted Ariana TV’s version of the international game show “Who Wants To Be A Millionaire?" in Afghanistan, and also 1 TV’s “Green View.”  You also have worked in German television.  Please tell us about your television career, and how you began in it.

Khatera Yusufi:  I started working in German TV while I was studying television journalism and Oriental Studies in Germany.  I’m a naturally curious person and am interested in a variety of things, so journalism seemed natural to me as a profession.  After working in German television for a while, I decided to go back to my homeland to use my new experiences and knowledge to help Afghan society develop.  I returned to Afghanistan to direct a documentary film, and stayed there.  Many Afghan television networks asked me to support them and help them create effective and good TV programs. 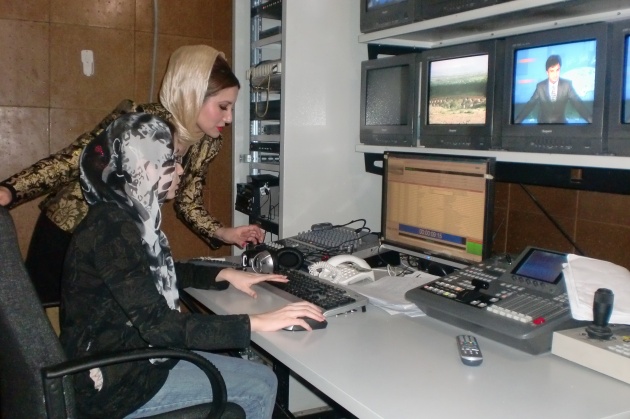 I agreed and first began working with Arezu TV.  I helped train their staff, helped them produce new TV concepts, and helped improve the news department as a producer and news anchor.  After that, I conceptualized and created a new TV program called "Green View" for 1 TV in Afghanistan, a show which I also produced and hosted.  The program was a daily talk show about family and health issues, the environment, and women´s empowerment and education.  My goal was to improve the lives of families in Afghanistan and help bring a positive change to the society. I especially wanted young girls and mothers to be inspired by my TV program and learn from it.  My mission was to help Afghan families and I was proud to be able to help them even in a small way.

Also, I really enjoyed hosting the Afghan franchise of the international game show “Who Wants to be a Millionaire” on Ariana TV.  It was a huge success and quite fun. It was one of the most popular TV shows in Afghanistan during its 52-episode run.  It was great to get such positive feedback from Afghans about this show. 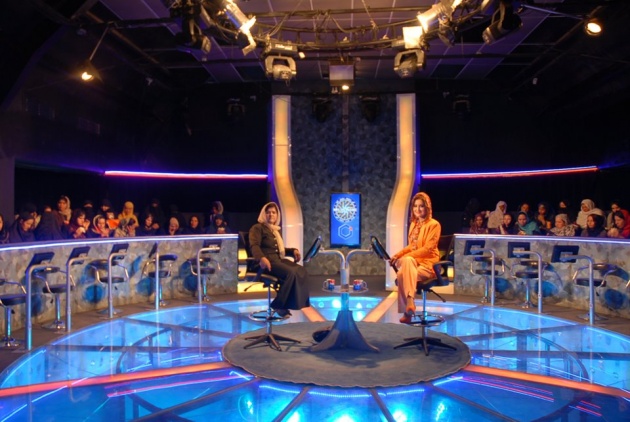 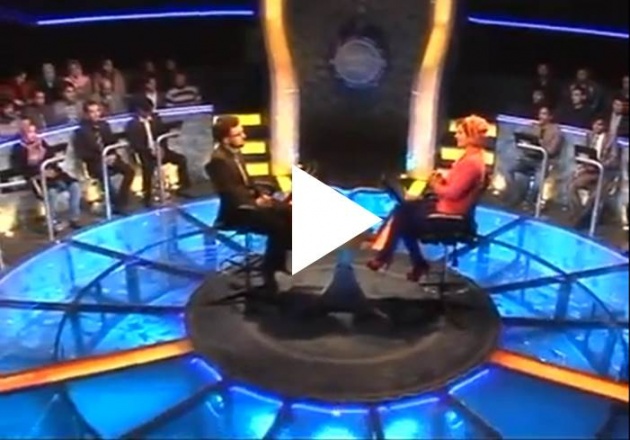 Many foreigners ask me if the top prize was really one million U.S. dollars, which was the top prize in the American version of the show. But the show was an Afghan show, and so the “million” was a million Afghanis, which is our national currency.  That’s more than $23,000 U.S. dollars, which is lot of money in Afghanistan.  The average annual salary in Afghanistan is only about $800 per year.

FA:  You have been a pioneer in the Afghan entertainment industry since shortly after the fall of the Taliban in 2001. You also have been a judge and presenter at the International Film Festival of India, and you represented Afghanistan at the South Asian Film Festival.  Film has has great potential to influence social change.  What can be done to advance the Afghan film industry?  What can the Afghan film industry learn from Indian filmmaking and Bollywood?

We have two types of filmmakers in Afghanistan.  The first type are artists who are creating artistic and educational films.  These are extremely important for an Afghan society in which people need education and inspiration, but where many people still cannot read beyond a very elementary level.  The second type of filmmakers are those who are busy with copying Bollywood, because as you know Bollywood films are extremely popular in Afghanistan.  Some of these “filmmakers” create very primitive films without any true message, and the quality is very low and trivial.  I think most of these people just want to make money and they hope to become famous. 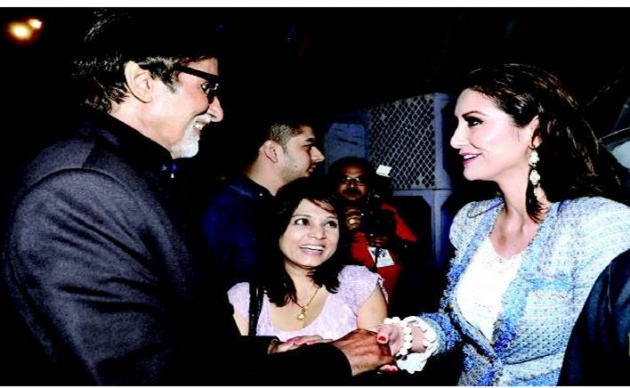 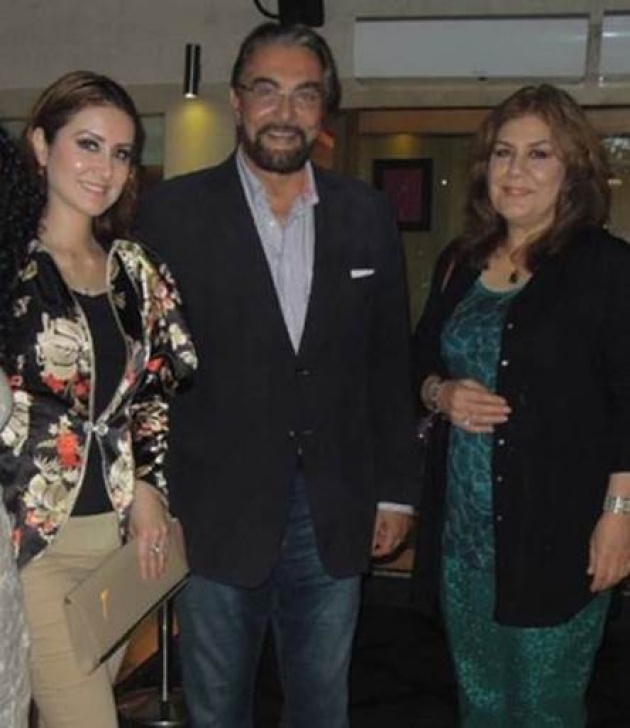 In my opinion, these second types of Afghan filmmakers should stop copying Bollywood and help create an Afghan film identity of its own. As Film Annex's Francesco Rulli correctly points out,  Afghans are extremely creative and have a deep artistic tradition that goes back thousands of years.  We need to revive that.  We need a cinema with films that convey a strong message to change Afghan society and promote the arts. There are some impressive artists like Amitabh Bachchan and Kabir Bedi who have influenced both the Indian and Afghan film industries enormously.   It is the social and cultural impact of a film that results in true art, and brings a success to a film.

India is a colorful and beautiful country, a country of dreams but also of contrasts.  The music, the poetry and the classical dance fascinate me time and time again.

FA:  You are known for your broad classical education in several languages, and for your interest in both Persian and Western literature and poetry. Which Persian authors speak to your heart and mind the most, and why?  Which Western authors?

KY:  The great 13th century Persian poet Maulana Rumi Balkhi, known in the English-speaking world as Rumi, has been always an inspiration in my life.  Rumi is also sometimes referred to as “Maulana Balkhi” or “Son of the Orient.”  In 2007, I was asked to represent the Maulana House, an institution in Germany dedicated to the writings of Rumi.  I consider this one of my greatest honors, because Rumi’s work is so meaningful to me. 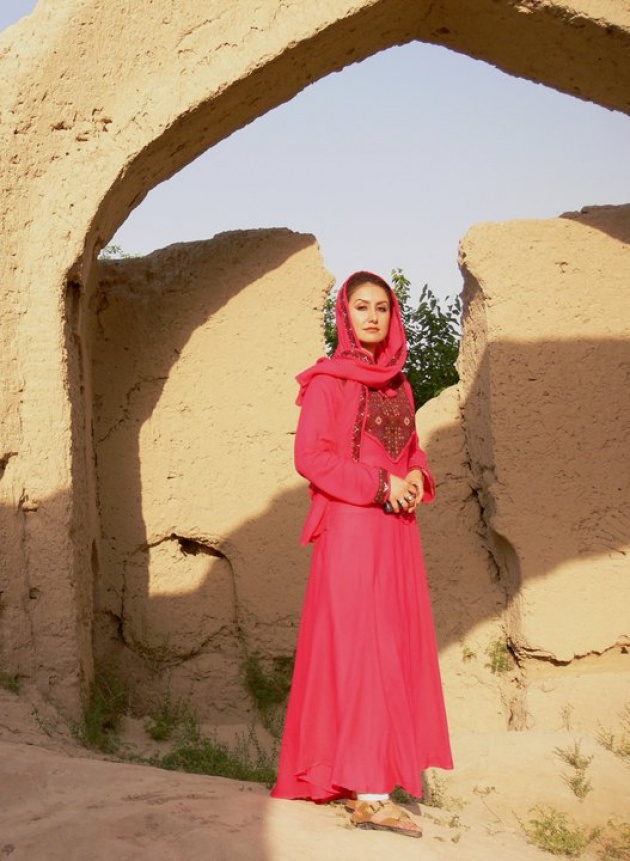 Two of my favorites from Rumi:

"A mystic in motion.  If that's what you are, don't seek out there: seek inside."

I think we are all on a spiritual journey.  One of my physical journeys once brought me to the village in Balkh where Rumi was born.  The ruins of his  house still remain there, and can be visited.  In Rumi’s time (1207-1273), the province of Greater Balkh was a major center of Persian culture.  I think of Rumi as an Afghan in the greater Persia of antiquity, but really he belongs to the whole world. Rumi himself would have rejected the importance of national boundaries.

From western literature I admire Johann Wolfgang von Goethe.  He himself enjoyed and was inspired by my other favorite Persian poet, Hafez Shirazi.  Three hundred years ago, Goethe discovered the 14th century poetry of Hafez and was so moved by it that created his own famous collection of lyrical poems, the West-östlicher Divan (“West-Eastern Divan”).

Literature and poetry give color to my life.  Goethe correctly recognized that East and West can find common ground together.  As Goethe so beautifully wrote in the West-östlicher Divan: 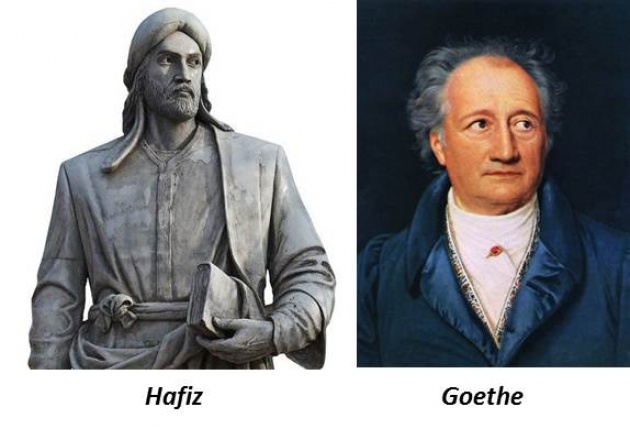 Who knows himself and others well

No longer may ignore:

Unfortunately, not everybody thinks this way. An example is the British author Rudyard Kipling, who famously wrote, “East is East and West is West, and never the twain shall meet.”  Kipling was absolutely wrong - and Goethe, Hafiz and Rumi were right.  We all are human.  As humans, we can and must find ways to live and work together.  East and West can meet, as Goethe and many others have said, and we all should be working toward that for the cause of peace.

FA:  Khatera jan, this is a fascinating and very powerful discussion.  We look forward to speaking more with you about Afghan film, social media and women’s empowerment in our next conversation.

To be notified of new articles and interviews by Edward Zellem, please visit here and click on the green "Subscribe" button.