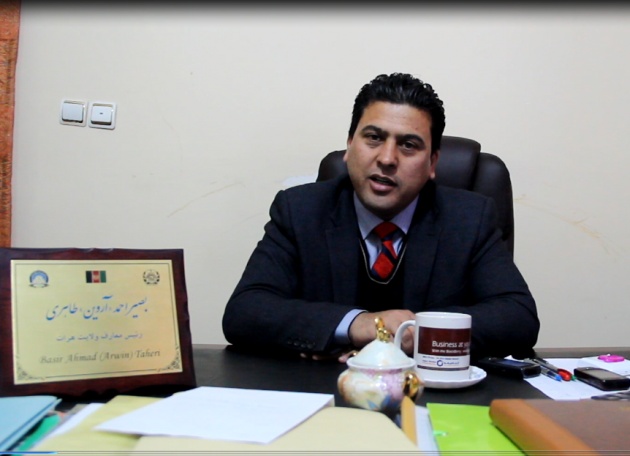 Basir Ahmad Arven Tahiri is the Head of the Education Department in the Herat province. He was born in 1980 in Karokh, district of Heart. He emigrated to Iran during the Taliban regime. He earned his bachelor degree in political science from Ferdowsi University of Mashhad in 2003. He returned to Afghanistan in 2003 and started to work as a teacher. He was selected to be the Head of the Education Department in Herat in 2012.

Below is an interview with him about the education system, Women's Annex and the Examer software in Afghanistan, Central and South of Asia.

FA: Please tell us about yourself and your background.

BA: My name is Basir Ahmad Arven and my last name is Tahiri. I was born in 1980 in Karokh district of Herat province. I went to primary and secondary school in Karokh School. During the Taliban regime in 1998, I graduated from high school in Afghanistan. I participated to the Kankor exam in 1998 and passed to agriculture faculty, but because of the Taliban regime, I couldn’t continued my education and emigrated to Iran. I entered the Ferdowsi University of Mashhad in 1998, studied political science and graduated in 2003 with a Bachelor. I returned to Afghanistan in 2003. I started to work as a teacher in Karokh district. After 6 month, I was selected to be the Principal of Karokh School until 2006. In November 2006, I was chosen to be an instructional assistant of the education department for the Ministry of Education. In the end of 2011, I became the supervisor of the education department of Herat and in 2012, I officially became the head of the education department in Herat province.

FA: Please tell us about the Education Department in Herat, Afghanistan and the philosophy behind it?

FA: What do you look for in the projects and partners you work with?

BA: After 11 years, the numbers of students, female and male, increased and now, the amount of students becomes satisfying in Afghanistan. Now we are trying to increase the quality of education. The quality of education is related to facilities and good education. We always offer to our supporters and partners to help us financially. It means that they provide facilities and equipment for our offices and schools. This will provide a better situation for students. We can educate more student who are talented and will be helpful for the development of Afghanistan.

FA: Where do you see the future of the Afghanistan Educational System? How can the Education Department improve the educational system in Afghanistan, especially for girls?

BA: The Ministry of Education's effort is to attract and preserve more female student in schools. Usually, in most of Afghanistan, girls go to school until 9 or 10. Then, they leave school because of their family's prejudice or they get married. Fortunately, these statistics are less important in Herat. On the other side, we are trying to hire females for the key positions in offices. Currently, 45% of our staff is female and we want to have more women in the education department. I am one of the critics of the education system in Afghanistan because we are in a society which doesn’t have budget, facilities and any improvement in having professional staff and teachers. My suggestion is to have different sections in schools, student who graduate from 6 or 9 classes and go towards their own interests and fields such as science, mathematics, religious science. Each student, based on their three year scores, would be select to go to university and will graduate from as a professional and specialist.

FA:  How did you find the Afghan Development Project Initiative (Building Internet Classrooms in Afghanistan) for the first time in Herat?

BA: We have computer subject in our high schools which is really necessary in this century of IT. Students, besides their theory lessons, have practical lessons too. Most of our students have interest in working with computers but unfortunately, because of budget issues and other problems, we couldn't provide computers for the schools. But fortunately, now with the help and support of Citadel and Film Annex, we have computer classes in the schools. They also have some training in basic IT for students and teachers for free, and our students are trained by professional teachers in the schools.

FA: What do you think about women's participation in Educational activities in Afghanistan compare to past?

BA: 10 years ago, we didn’t even have one female student in schools or universities, but fortunately, now we have a large number of female students in schools and universities. This year, we have about 6182 female who graduated from high school and this is really hopeful. You can’t find in any other country this kind of improvement and development in 11 years and this is really important and hopeful for the future of Afghanistan.

FA: What do you think about Women's Annex platform and its activities in Afghanistan, Central and South Asia?

BA: Currently, there are many NGOs and offices which are working on prohibiting violence, women's rights. If you see different media, they show that violence against women increases day after day. In a traditional society where the knowledge of people is low, people can’t accept the new media’s opinion and ideas. My suggestion is to do fundamental and basic work which means allowing women to raise their voices, have an active presence in society and open their minds. It should start from schools as it’s the base of their education and they can learn everything better. The duty of teachers isn’t only to teach lessons but also to train students on how to behave and live in such society and how they can positively use mobiles and other facilities. My idea is to change the minds of the youth to have an educated and responsible generation in the future. Women’s Annex would be one of the best solutions and ways for Afghan women to achieve their rights, raise their voices and become familiar with new technologies and social media. It would be especially good for female schools in Afghanistan. 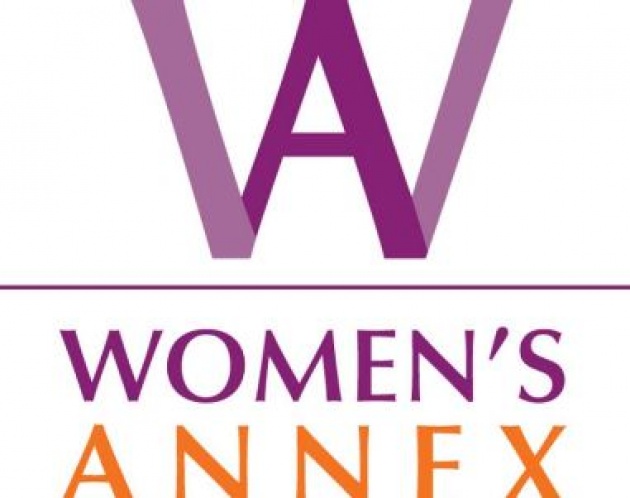 FA: What do you think of the use of the Examer platform in schools by students and teachers?

BA: We still don't have high level of quality learning because of a lack of facilities and learning material. Today, by connecting Afghanistan schools with other schools in the world, I am sure we can use other foreign schools' education, knowledge and experience. They can improve their level of knowledge but still need time to reach the other schools' level. However, we should be attentive to our students so they have a good relation through the Internet. This online examination system would be really good for the education system in Afghanistan.

FA: How many students will join the Kankor exams and participate in the university?

FA: How many schools and students do you have in Herat? How many of them are
female and male?

FA: What is your plan for the future of the Education Department and female schools?

BA: 5 graduated students from 1st to 5th position of each school can enter universities without passing the Kankor exam, according to the republic presidency direction. The two first positions can enter each university they wish and the 3rd, 4th, 5th positions can enter any university they wish except medical and engineering faculty. They can also participate in scholarships for a Bachelor degree. This will provide a safe competitive environment for students. Each of them will try to reach this gift and earning these scholarships will be good for Afghan student, especially female ones, and when they go back to their country, they would be helpful to other students who will learn from their experience and what they achieved during the scholarship. In 2011, from 5 students whose were selected for scholarship, 4 were female and one was male. It shows that girls are doing more efforts than boys.

FA: what do you think about the Micro-scholarship given to the best students based on their performances?

BA: We established a gender committee in the education department where both female and male are participating. Our main goal is to encourage females to work in key positions in education offices or other governmental offices, beside their work in schools as teachers or principals. This committee's mission is to educate more females with new technologies and send them to scholarships, but some families don’t give permission for them to go. However, Allah created men and women and both of them have the same rights, so I ask families to do the same thing for both. As they love their boys, they should love their girls too and do the same investment for girls and boys. If they respect the female rights, society will also respect them and provide a good working environment for them too. But about this program, I should say that it is really different and a new type of scholarship for Afghan students. That would really encourage students to study more and get high scores and use their knowledge.