Is premier League is at the bottom and have become weaker against other big leagues? Part 3

Not everyone can claim to be the best; there are certain stats and facts that decide the strength of those who try to claim the superiority over others, and we calculate the strengths by those stats and facts. In continuation with my previous two previous articles with subject “Is premier League is at the bottom and have become weaker against other big leagues?” I will further discuss reasons that make Premier League the best league in the world. What are the main points that describe anyone’s / business’s strength and quality. The third point is today’s discussion that in opinion the 2nd most important thing in anyone’s armory and strength. 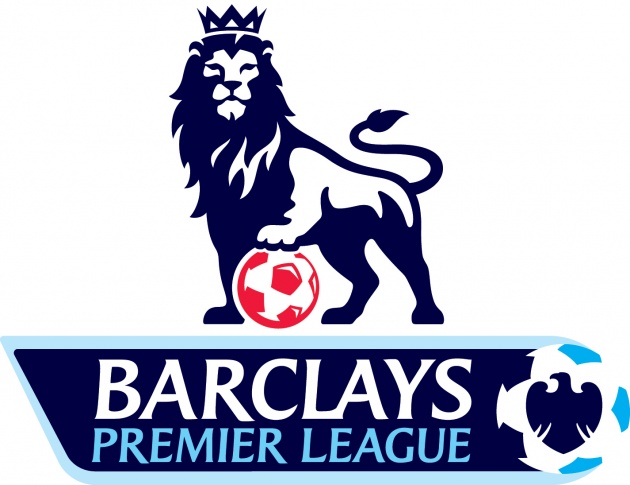 If anything has the quality, it will attract the most number fans, if number of fans increases the number of audience will increase. With audience, the reach of that program increases, and with reach, sponsors and advertisers come into interest. English Premier League has the most audience in the world in comparison with any other thing televised on earth (I explained in my previous article, click here). Premier League shines like a star in comparison to other leagues as other fade away because of the excitement it provides to audience. There are three different major parts of financial muscle of Premier League, the Premier League Sponsorships, clubs sponsorships and the Television money. Regarding the premier league sponsorship, I can say that only the name of Premier League is accounted in millions of pounds of money and no other football league can challenge its name in this regard. Barclays, the current sponsor of Premier League is paying hefty amount only for displaying its name with Premier League, how much bigger a proof there can be? for it to be proved the biggest league in the world. The year before saw Premier League secure what was mind-blowing TV deal and an historic milestone in the history of television broadcasting money, the deal saw Premier League secure 3 billion pounds for giving its broadcasting rights to BT sports and Sky Sports (both combined). 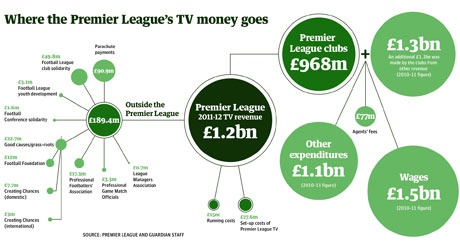 This deal is not for the world but for only inside England and Europe, other deals for broadcasting outside England adds to this total and raising the figure to an unbelievable amount. This deal is already very high from the last one and have out muscled other leagues of Europe in TV sponsorship, while also proving that the demand of Premier League Football is more than any other league on planet earth. This also means that the every club is now paid more money to pay wages of players and afford bigger players, the figures are humongous when noted, every Premier League club is now paid about 50 million pounds only for TV rights money. This is not the only money they receive, the total Premier League money that the lowest club receive is approximately 60 million pounds that can shock anybody, because about one year back this amount was given to the league-winning club. 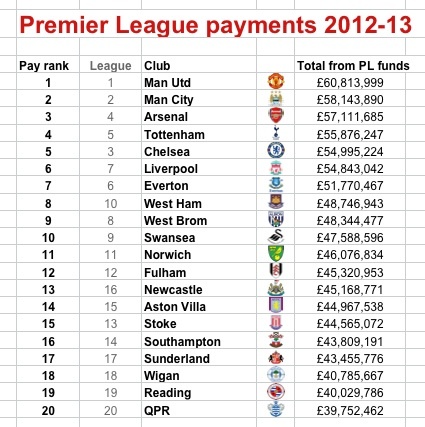 This has raised the financial powers of Premier League clubs to another level, that is the reason because of which a near relegation clubs and clubs in red zone of the Premier League table are buying players for more than 7, 8 million pounds. The clubs present in any other leagues cannot challenge these figures; looking in Spanish Laliga we have 7 to 8 clubs affording expensive players and not more than that. This number decreases when we look into other European Leagues leaving world’s leagues aside, Italian and German Leagues can’t as well challenge the financial strength of Premier League. 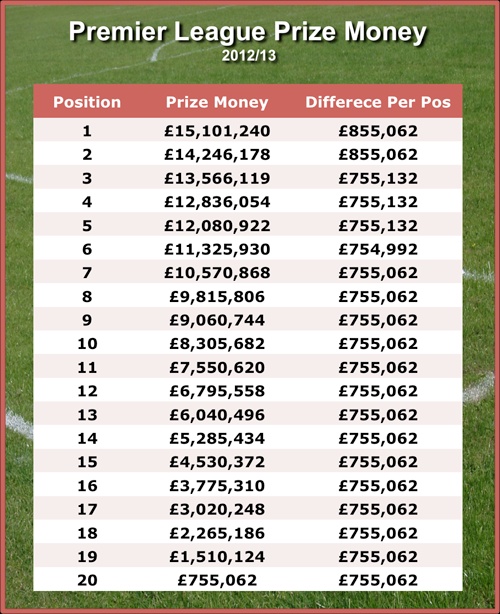 According to economic experts, the fall of the Berlin Wall in 1989 signified the end of two phenomen…

Photo Credit: Image created by me via BeFunky.com Hello, guys! In my previous post, I was discussi…